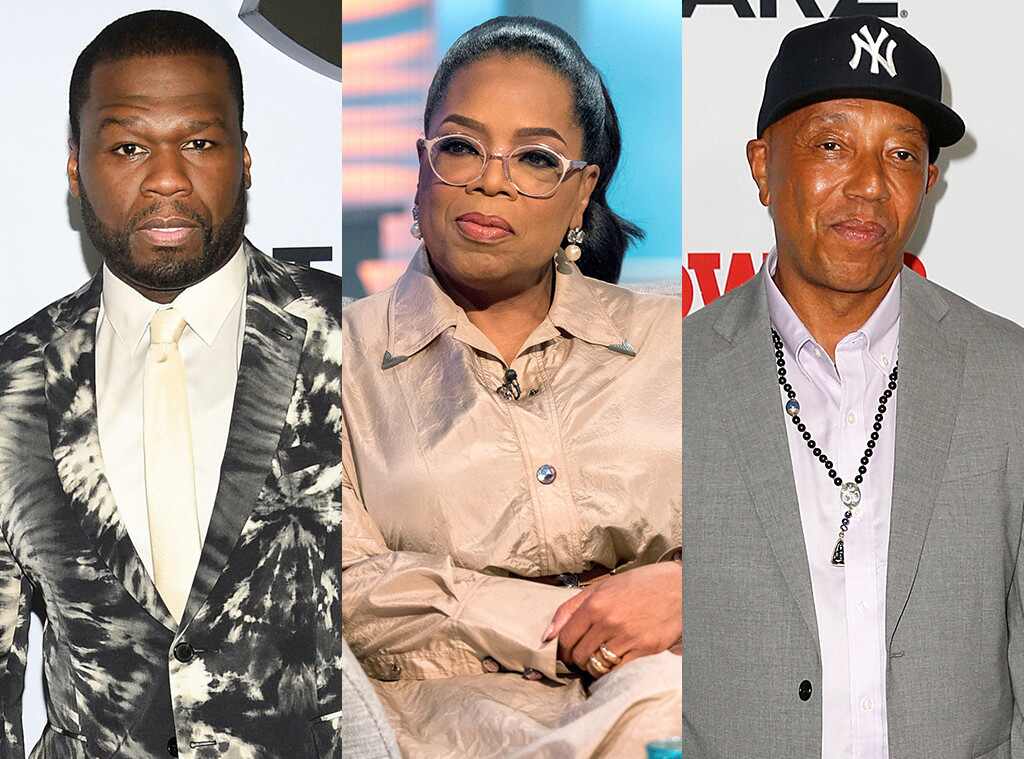 “Dearest OPRAH, you have been a shining light to my family and my community,” he began. “Contributing so much to my life that I couldn’t list a fraction of it in this blog. I have given you the gift of meditation and the groundbreaking book The Power of Now. We bonded to say the least. This is why it’s so troubling that you choose me to single out in your recent documentary. I have already admitted to being a playboy more (appropriately titled today ‘womanizer’) sleeping with and putting myself in more compromising situations than almost any man I know. Not 8 or 14 thousand like Warren Beatty or Wilt Chamberlain, but still an insane number. So many that some could reinterpret or reimagine a different recollection of the same experiences.”

He then alleged her producers claimed the upcoming documentary would “focus only on three hand-chosen girls.”

“I have refused to get in the mud with any accusers, but let’s acknowledge what I have shared,” he continued. “I have taken and passed nine three-hour lie detector tests (taken for my daughters), that these stories have been passed on by CNN, NBC, BUZZFEED, NY POST, NY MAG, AND OTHERS. Now that you have reviewed the facts and you SHOULD have learned what I know; that these stories are UNUSABLE and that ‘hurt people hurt people.’ Today I received a call from an old girlfriend from the early 1980s, which means that they are using my words/evidence against me and their COMMITMENT / (all of the claims are 25 to 40 years old) It is impossible to prove what happened 40 years ago, but in my case proof exists of what didn’t happen, mostly signed letters from their own parents, siblings, roommates, band members, interns, and in the case of two of your three accusers, their own words in their books. Shocking how many people have misused this important powerful revolution for relevance and money. Maybe you should name your documentary ‘FLAVOR OF LOVE’!?”

Near the end of the post, Simmons wrote he was “guilty of exploiting, supporting, and making the soundtrack for a grossly unequal society;” however, he insisted he has “never been violent or forced myself on anyone.”

“Still I am here to help support a necessary shift in power and consciousness,” he concluded. “Let us get to work on uplifting humanity and put this moment and old narrative behind.”

Last week, Variety reported that Winfrey and Impact Partners are teaming up with filmmakers Kirby Dick and Amy Ziering to create a documentary about “sexual assault in the music industry.” The project is set to debut on AppleTV+ next year.

According to The Los Angeles Times, the film is about a “a brilliant former music executive who grapples with whether to go public with her story of assault and abuse by a notable figure in the music industry.” Per the publication, Drew Dixon is the “primary subject” of the film. Dixon, who used to work at Def Jams Recordings, accused Simmons of rape. She was one of several individuals to accuse Simmons of sexual misconduct in an exposé published by The New York Times in 2017. Simmons denied the allegations in a statement on Instagram.

“I vehemently deny all these allegations,” he wrote in part of the post. “These horrific accusations have shocked me to my core and all of my relations have been consensual.”

He also wrote that the “current allegations sent to me by The New York Times range from the patently untrue to the frivolous and hurtful.”

Simmons wasn’t the only one to slam Winfrey’s project. 50 Cent did, as well.

“I don’t understand why Oprah is going after black men. No Harvey Weinstein, No Epstein, just Michael Jackson and Russell Simmons this s–t is sad,” he wrote. “Gale hit R. Kelly with the death blow documentary. Every time I hear Michael Jackson I don’t know whether to dance or think about the little boys butts. These documentary’s are publicly convicting their targets, it makes them guilty till proven innocent.”

This also isn’t Winfrey’s only project.

She’s working on a mental health series for Apple with Prince Harry, as well.