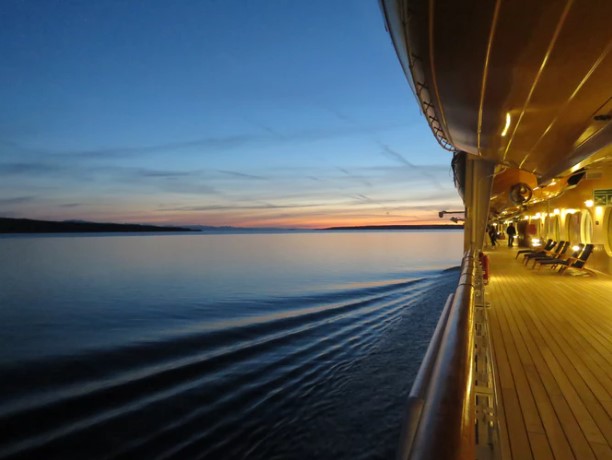 Why you should NEVER whistle on a cruise holiday

Cruise passengers have a lot of rules to follow on holiday, such as not bringing alcohol onboard the ship to staying quarantined if ill. Despite the strict rules, cruises can be a luxurious way to spend a holiday at sea to see a number of countries in one trip. Although while at sea, there are a number of superstitions that are still common onboard a ship. Sailors have long seen whistling as bad luck, bringing bad weather conditions along the way.

According to Cruise.co.uk: “Mariners have long said that singing or whistling into the wind is only going to ‘whistle up a storm’.” “This completely ruins the light-hearted and whimsical mental image we have of pirates singing sea shanties.” It is thought that whistling will challenge the wind into storms, resulting in a dangerous time at sea. It has also been bad luck since it was used as a signal for a mutiny onboard the HMS Bounty in 1789. There are a number of bad omens at sea which are still in place on cruise ships.

Some cruise ships still do not have the 13th floor, with the number 13 being deemed unlucky. Many liners go from deck 12 to deck 14, skipping the 13th altogether. The number 13 has long been seen as bad luck, although the origin of why has contended. Some think it is because of October 13 1307, when the King of France ordered the torture of the Knights Templar. Others think it is because there are 13 witches in a coven, or even because Judas was the 13th guest to sit before betraying Jesus.

It isn’t the only rather bizarre superstition on ships.

Taking a banana onboard was thought to be bad luck due to the number of disappearing ships in the 1970s carrying bananas as cargo. Women were also seen as bad luck as they would distract sailors from their journey. Many ships have women on the front of the sea to guide the ship away from the rest of the crew.