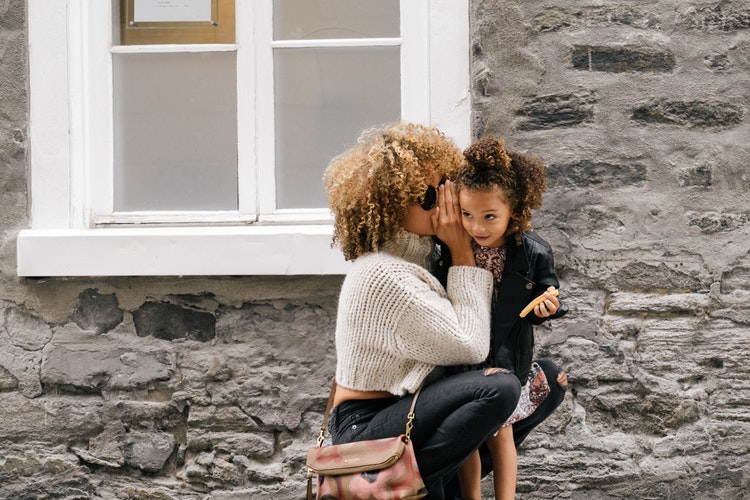 Why Being a Celebrity Parent Is Harder Than It Looks

Being a celebrity parent has its perks. You can afford quality childcare and all the best schools, and your name alone can open up incredible career opportunities for your children. But though families by the last name of Smith, Beckham or Kardashian make it look easy, raising kids in the spotlight presents a unique set of challenges that non-famous parents don’t have to think about.

“Our society has become so critical of other people,” Dr. Elizabeth Lombardo, a psychologist who works with many high-profile and celebrity clients (Shaquille O’Neal calls her “my head coach for happiness”), tells E! News. And there really is a “higher standard” for celebrity parents, “but the interesting thing is everyone has their own standards…and what people forget is that their rule is not the golden rule.”

Lombardo adds, “Remember when Suri [Cruise] was 4 or 5, and she was still having a pacifier? People went crazy. You go into your local Target and some 5-year-old’s sucking on a pacifier, no one says a darn thing.” Celebrities are “constantly being judged and criticized and scrutinized” for their parenting, and while it “used to be bad…it’s getting worse and worse.”

It’s true. David and Victoria Beckham were admonished in the tabloids when daughter Harper was photographed using a pacifier at the age of 4. Kim Kardashian, Deena Cortese and even Prince William and Kate Middleton have been criticized over how they were using their children’s car seats (even though experts agreed the kids were perfectly safe).

When Kristin Cavallari shared a cute beach photo of her sons back in 2016, she was accused of not feeding her kids enough—”Yep, I starve my children. Just blocked the most people I’ve ever blocked in my entire life,” she shrugged off the trolls on Instagram. On the flip side, Tori Spelling and Dean McDermott had to deal with trolls body-shaming and bullying their kids over the clothes they wore to a movie premiere.

“I am absolutely horrified and disgusted by the comments being left about my children,” McDermott wrote in slamming the troll who seriously should have known better. “Body shaming and bullying my children??!! What is wrong with you people??!!”

Pink has famously fired back at the so-called “keyboard warriors” who’ve come after her and her kids on social media. But following the unbelievable backlash she received for posting a vacation photo of herself with her daughter and son (who she hadn’t noticed wasn’t wearing a diaper), Pink decided enough was enough.

“I like to share my family. It’s my proudest moment in my whole life. I’m prouder of my kids than anything I’ve ever done,” she told Ellen DeGeneres last month. “[But] I won’t share them anymore. I won’t do it. I’m not posting pictures of them anymore.”

And she’s not the only famous parent who’s struggled with how much (if anything) to share of their kids online. Halle Berry used to have a strict no-faces policy for photos of her daughter Nahla and son Maceo, but she’s gradually relaxed her stance on that. And last summer, she surprised fans when she Instagrammed a rare profile shot of Maceo showing half of his face.

“That was a struggle,” Berry told Extra of her decision to post the picture. “I really don’t like to show my kids very much, but I do realize my people are solid for me—and me for them—and sometimes I feel like I want to include them.” It’s a touchy topic, but as celebrity designer, TV host and author Emily Henderson tells E! News, she “actually think(s) it’s not as talked about as you may assume.”

“No one wants to seem like they are judging each other for their choices to post or not to post their children, because no one wants to feel judged,” says Henderson, who recently blogged about the stipulations she has for putting her kids on social media. “So since all of us have made different choices, we don’t talk about it. It’s like their schooling—everyone makes different choices, and you would never insult someone’s school choice for their child.”

And there’s no definitive right or wrong way for public figures to deal with kids on social media, either. Dr. Lombardo says “that’s an individual thing” for every family, but celebrities do need to “be very aware that if you are putting pictures of your children online, they’re fair game…It’s going to be scrutinized.”  And there are big concerns about safety.  Melissa Bykofsky, Deputy Editor of Parents.com, tells E! News that while “privacy and security are concerns for a lot of parents, celebrity parents are more hyper-aware of what they share of their children’s lives.” This is particularly true when it comes to “sharing in-the-moment status updates of where they are or what they are doing,” she says.

Of course, plenty of social-media-savvy celebs have figured out how to share carefully curated photos of their kids in a safe, controlled way. Reese Witherspoon, Jessica Alba, Beyoncé, Jessica Simpson, the Kardashians, Ciara and Russell Wilson, Neil Patrick Harris and David Burtka, Gabrielle Union and Dwyane Wade, Chrissy Teigen and John Legend are among the many stars who regularly post sweet family photos and video clips to Instagram. And while they do have to deal with the inevitable onslaught of nasty comments, they also get to connect with their fans and share their families on their own terms.

“Most of the celebrity parents we have worked with are regular parents, just with very irregular jobs,” Bykofsky says. “Their lifestyles might look a little different than your average mom or dad, but she finds, “[celebrity parents] at their core care about the same things as our readers: raising happy, healthy, and kind kids.”

That isn’t necessarily easy when the world is watching and ready to criticize your every move, but it’s possible. Dr. Carole Lieberman, a Beverly Hills psychiatrist and author of Lions and Tigers and Terrorists, Oh My!, says famous parents “can raise normal, well-adjusted kids if they make a conscious effort to put their kids’ feelings above worrying about what the rest of the world will think about them.”

“They also need to understand the pressures their celebrity status puts on their children,” she tells E! News, “and encourage their children to share their feelings about it.” Dr. Lombardo, whose book From Entitlement to Intention: Raising Purpose-Driven Children can be a valuable resource for parents of privileged kids, also encourages high-profile moms and dads to have an open dialogue with their kids.

“You sit down and have that conversation. ‘Here’s the deal: We’re in the spotlight, [and] people are going to say things that aren’t necessarily true,'” she says. “You know, these kids hear about their parents having affairs, and whether it’s true or not, it’s a lot.” And sometimes, the kids become tabloid targets themselves. Celebrities’ children are more protected now than they were in the past in some ways; for instance, an anti-paparazzi law—championed by Berry and Jennifer Garner—that passed in 2013 stiffened the penalty for someone caught photographing the children of public figures without parental consent or in a harassing manner.

Though most parents would be in agreement that their number-one priority is to protect their kids, sometimes it’s the parents who bring unwanted attention to their kids—though at least Lori Loughlin’s daughter, Olivia Jade, is 19 and was already an online personality when her parents were indicted as part of a massive fraud case for allegedly paying bribes to get Olivia and her sister into college. Lombardo says all of this “can have a huge impact on a child’s self-worth and self-confidence and how they interact with other people.” That’s why she encourages her famous clients and non-celebrity parents alike to teach their kids that “bullies bully because they’re unhappy themselves.”

“If the children can understand why people are being mean to them, [and that] it’s not because they’re bad, it’s because those other people that are pushing them down to feel better about themselves—if they can get that before they get bullied…then that’s already in their foundation,” she says. “It’s not a reaction [they’re] learning, it’s, ‘I already know this.’ Is it still gonna hurt? Yeah, of course. But having that understanding is really important because it really helps you build that resilience.”

And whether you’re a kid in Hollywood or a parent, having that thick skin is essential. “I call it unconditional self-worth, where how you view yourself is independent of others,” says Lombardo.  “That’s difficult to do, and celebrity parents often have a greater opportunity to learn that skill and practice it.”