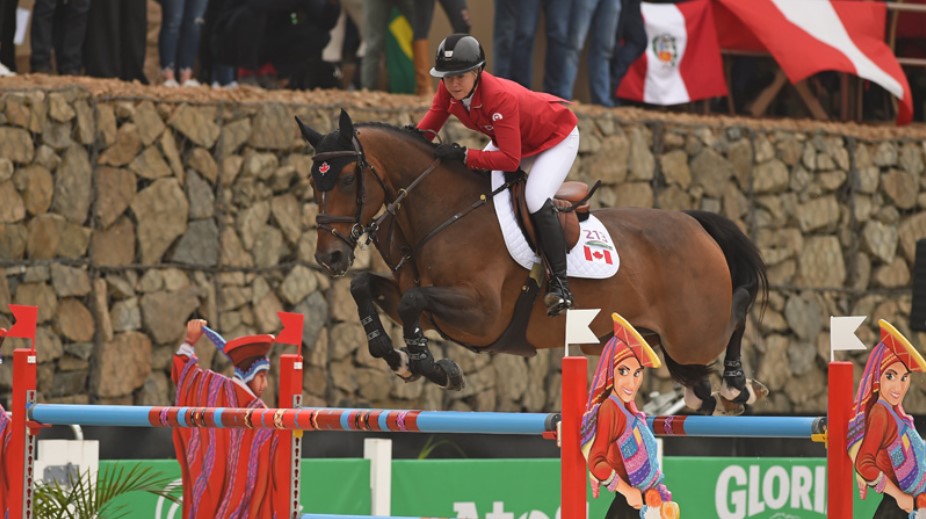 Canadian show jumper Nicole Walker has been provisionally suspended by the Fédération Equestre Internationale following a positive test for a prohibited substance at the 2019 Pan American Games, held Aug. 6-9 in Lima, Peru. The sample taken on Aug. 7, the day of the team final, tested positive for benzoylecgonine, a metabolite of cocaine, which is prohibited under the FEI’s Anti-Doping Rules for Human Athletes. The Pan American Games was the first international championship for the 26-year-old from Aurora, Ontario.

“I was shocked and devastated to hear about these results,” Walker wrote on Instagram. “I do not use illicit drugs, ever. Whether in Peru, or in any competition setting for that matter, I am always fully aware of the possibility of being tested and would never expose myself to any substance that could test positive. My Canadian teammates, my team in the barn, our horses and I, have all put a lifetime of effort towards an Olympic goal, and I would never do anything to jeopardize that for my teammates or for myself. I’m extremely grateful to everyone for their support and to my teammates for standing with me.”

Walker, who rode on the fourth-placed Canadian team and finished fourth individually with Falco Van Spieveld, can request a preliminary hearing with the FEI Tribunal to lift the provisional suspension. There will be a separate proceeding with Panam Sports, the organizer for the Pan American Games, to determine whether Walker will be disqualified. If so, under Article 11.4 of the Panam Sports Anti-Doping Rules, Canada will also be disqualified.

Olympic qualification was available to the three best-ranked teams from North, Central and South America at the Pan American Games, with Brazil, Mexico and Canada earning spots in the 2020 Olympics (Tokyo). Should the Panam Sports Disciplinary Commission disqualify Walker, and therefore Canada, the FEI can reallocate Canada’s spot. Argentina placed fifth at the Pan American Games.

Officials at Equestrian Canada put out a response to Walker’s provisional suspension stating: “EC is firmly committed to clean sport. We also believe in standing behind our athletes, and fully support Nicole during this challenging situation. EC will be working closely with Nicole and her legal team as appropriate next steps are determined.”

Members of the Canadian show jumping team and Canadian Chef d’Equipe Mark Laskin have spoken out in support of Walker.

“In the last several years, I have spent a lot of time with Nikki at competitions,” said Laskin in a press release. “I have consistently been impressed by how seriously she takes the sport and her consummate professionalism. I am one hundred percent certain she would never take any prohibited substance or do anything that would put the Canadian team or her career in jeopardy. Nikki is an outstanding team member and I am more than certain there is another explanation for this positive test.”

“As Nikki’s show jumping coach for nearly seven years, I have witnessed nothing but her exemplary dedication, integrity and commitment to this sport,” said O’Connor, Walker’s trainer. “Nikki is a person of the highest standards, in and out of competition, and does not use drugs. I have no doubt that there is another explanation for these results and that her good name will be cleared.”