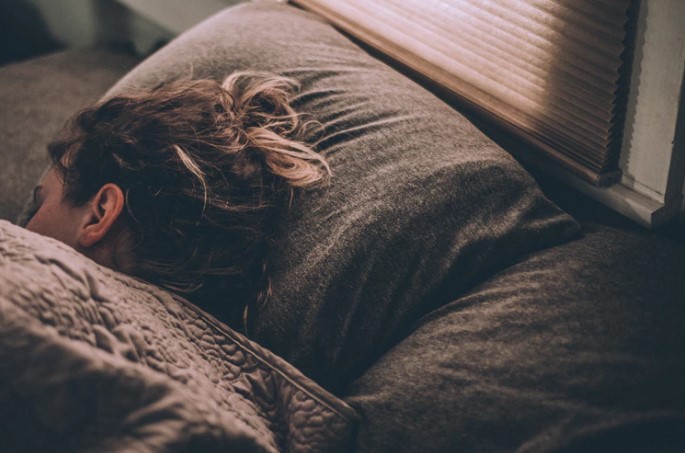 Wake up, people You’re fooling yourself about sleep, study says

Hey, sleepyheads. What you believe about sleep may be nothing but a pipe dream. Many of us have notions about sleep that have little basis in fact and may even be harmful to our health, according to researchers at NYU Langone Health’s School of Medicine, who conducted a study published Tuesday in the journal Sleep Health.

“There’s such a link between good sleep and our waking success,” said lead study investigator Rebecca Robbins, a postdoctoral research fellow in the Department of Population Health at NYU Langone Health. “And yet we often find ourselves debunking myths, whether it’s to news outlets, friends, family or a patient.”

Robbins and her colleagues combed through 8,000 websites to discover what we thought we knew about healthy sleep habits and then presented those beliefs to a hand-picked team of sleep medicine experts. They determined which were myths and then ranked them by degree of falsehood and importance to health.

Here are 10 very wrong, unhealthy assumptions we often make about sleep, an act in which we spend an estimated third of our lives — or, if we lived to 100, about 12,227 combined days.

“If you wanted to have the ability to function at your best during the day, not to be sick, to be mentally strong, to be able to have the lifestyle that you would enjoy, how many hours do you have to sleep?” asked senior study investigator Girardin Jean-Louis, a professor in the Department of Population Health.

“It turns out a lot of people felt less than five hours of sleep a night was just fine,” he said. “That’s the most problematic assumption we found.”

We’re supposed to get between seven and 10 hours of sleep each night, depending on our age, but the US Centers for Disease Control and Prevention says that a third of Americans sleep fewer than seven hours a night. According to World Sleep Day statistics, sleep deprivation is threatening the health of up to 45% of the global population.

“We have extensive evidence to show that sleeping five hours a night or less, consistently, increases your risk greatly for adverse health consequences, including cardiovascular disease and early mortality,” Robbins said.

In a longitudinal study of 10,308 British civil servants published in 2007, researchers found that those who reduced their sleep from seven to five hours or fewer a night were almost twice as likely to die from all causes, especially cardiovascular disease.

Falling asleep as soon as the car/train/airplane starts moving is not a sign of a well-rested person, sleep experts say. In fact, it’s just the opposite.

“Falling asleep instantly anywhere, anytime, is a sign that you are not getting enough sleep and you’re falling into ‘micro sleeps’ or mini-sleep episodes,” Robbins said. ‘It means your body is so exhausted that whenever it has a moment, it’s going to start to repay its sleep debt.”

You feel sleepy because of a buildup of a chemical called adenosine in the brain, which happens throughout the day as you head toward night. Sleeping soundly reduces that chemical so that when you wake up, the levels are at their lowest, and you feel refreshed.

But the longer you stay awake and the less sleep you get, the more your adenosine levels rise, creating what’s called a sleep load or sleep debt.

Want to check your level of sleepiness? Look at the Epworth sleepiness scale, and if you’re worried, check in with a sleep doctor who can do more extensive testing in a sleep lab.

People also believed that the brain and body could adapt and learn to function optimally with less sleep. That too is a myth, experts say. That’s because your body cycles through four distinct phases of sleep to fully restore itself.

In stage one, you start to lightly sleep, and you become disengaged from your environment in stage two, where you will spend most of your total sleep time. Stages three and four contain the deepest, most restorative sleep and the dreamy state of REM, or rapid eye movement sleep.

“During REM, the brain is highly reactive,” Robbins said. “It almost looks like your brain is awake if we hook you up to two more electrodes and were able to monitor your brain waves.”

REM can occur any time during the sleep cycle, but on average, it starts about 90 minutes after you’ve fallen asleep. REM is when your body and brain are busy storing memories, regulating mood and learning. It’s also when you dream. Your arm and leg muscles are temporarily paralyzed during REM sleep, so you can’t act out your dreams and injure yourself.

Because a good night’s sleep gives your sleep cycle time to repeat, you’ll go through several REM cycles, which take up about 25% of your total sleeping time.

Another important stage of sleep is deep sleep, when your brain waves slow into what is called delta waves or slow-wave sleep. It’s the time when human growth hormone is released and memories are further processed.

“The deeper stages of sleep are really important for generation of neurons, repairing muscle and restoring the immune system,” Robbins said.

It’s tough to wake a person from deep sleep. If you do wake, you can feel groggy and fatigued; mental performance can be affected for up to 30 minutes, studies show.

In your dreams, maybe. In fact, “loud, raucous snores interrupted by pauses in breathing” is a marker for sleep apnea, a dangerous sleep disorder that, according to the National Heart, Lung and Blood Institute, increases risk for heart attacks, atrial fibrillation, asthma, high blood pressure, glaucoma, cancer, diabetes, kidney disease and cognitive and behavior disorders.

“Sleep apnea is extremely exhausting,” Robbins said. “These patients sleep and then they wake up over and over; then they are fighting sleep all day long because they’re so exhausted. It’s also very underdiagnosed. We believe it affects about 30% of the population, and around 10% are diagnosed.”

Do you think a nightcap before bed will help you fall asleep and stay asleep? Dream on.

Alcohol may help you fall asleep, but that’s where the benefits end, Robbins said. Instead, it traps you in the lighter stages of sleep and “dramatically reduces the quality of your rest at night.”

“It continues to pull you out of rapid eye movement and the deeper stages of sleep, causing you to wake up not feeling restored,” Robbins said.

You have to admit, it makes sense: How can you fall asleep if you’re not in the bed trying? Yet sleep experts say that continuing to count sheep for more than 15 minutes isn’t the smartest move.

“If we stay in bed, we’ll start to associate the bed with insomnia,” Robbins said. She equates it to “going to the gym and standing on a treadmill and not doing anything.”

In reality, Robbins said, it takes a healthy sleeper about 15 minutes to fall asleep. If you’re tossing and turning much longer than that, you should get out of bed, change the environment and do something mindless: “Keep the lights low and fold socks,” she suggested.

Some people also believe that it’s just as refreshing to your body to lie in bed with eyes closed but not sleeping. Nope. That’s another pipe dream, experts say.

Sleep experts say that’s another myth that can negatively affect your health.

“We recommend that people have a regular sleep schedule because it controls what we call the biological clock, or circadian rhythm, of the body,” Jean-Louis said. “That controls all the hormones of the body, body temperature, eating and digestion, and sleep-wake cycles.”

When your inner clock and the outside world are out of phase, you can feel disoriented, mentally foggy and sleepy at times when you need to be functioning at optimal levels. Just think of what happens when you travel across time zones or when daylight savings time kicks in.

Studies of shift workers, who work unusual hours and live out of sync with their normal biological rhythm, show that they are at increased risk for heart disease, ulcers, depression, obesity and certain cancers, as well as a higher rate of workplace accidents and injuries due to a slower reaction rate and poor decision-making.

Come on, we all do it — or we check our laptop or smartphone before we power down for the night. Unfortunately, that sets us up for a bad night.

“These devices emit bright blue light, and that blue light is what tells our brain to become alive and alert in the morning,” Robbins explained. “We want to avoid blue light before bed, from sources like a television or your smartphone, and do things that relax you.”

According to the National Sleep Foundation, blue light affects the release of melatonin, the sleep hormone, more than any other wavelength of light. Watching TV or using an electronic device within two hours of bedtime means it will take you longer to fall asleep, you’ll have less dream state or REM sleep, and even if you do sleep eight or more hours, you’ll wake feeling groggy.

If you or your children can’t make that two-hour cutoff because of homework or late-night work demands, experts suggest dimming the brightness of the screen or installing an app that can warm the screen to the sunset colors. Red and yellow have higher wavelengths and don’t affect melatonin.

Raise your hand if you hit the snooze button. Why not, right?

“Resist the temptation to snooze, because unfortunately, your body will go back to sleep — a very light, low-quality sleep,” Robbins said.

As you near the end of your sleep, your body is probably nearing the end of its last REM cycle. Hit that snooze button, and the brain falls right back into a new REM cycle. Now, when the alarm goes off a few minutes later, you’ll be in the middle, not the end, of that cycle, and you’ll wake up groggy and stay that way longer.

Having trouble kicking the snooze button habit? Put the alarm on the other side of the room, so you have to get out of bed to turn it off.

And no, you can’t tell Google or Alexa to turn it off. That’s cheating.

“That’s a myth, because all of us do experience dreams four to five times a night,” Jean-Louis said. “And we don’t remember because we’ve not woken up and disrupted our sleep.”

A study out of France showed that people who frequently remember their dreams have higher brain activity in the information-processing hub of the brains. They also woke twice as often during the night and were more sensitive to sounds when sleeping and awake.

“Now, I will tell you if you have a dream with a strong emotional context, it may come back to you at say, two o’clock in the afternoon, when you have some downtime to relax,” Jean-Louis said. “Sometimes, something would trigger that. But if it is a weird little mundane dream, most of us who sleep well don’t remember those.”