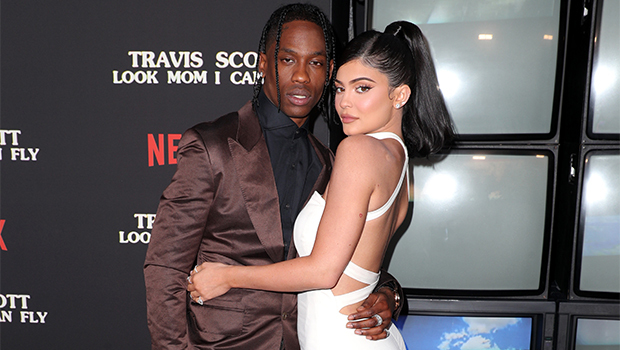 The way that Travis Scott, 27, and Kylie Jenner, 22, have been acting since pausing their relationship in October, you wouldn’t be faulted for thinking they haven’t really broken up. As it turns out, Trav doesn’t completely believe it, either – until someone drops the dreaded “F word” when describing his post-breakup situation with his baby mama. “Travis has one real big pet peeve in his relationship drama with Kylie, and that is when she or anyone calls them friends,” a source tells HollywoodLife EXCLUSIVELY. The moment someone calls La Flame and the makeup mogul “friends,” then the breakup “becomes real and stings” for Travis, per the source.

“He wants so much more,” the insider tells HollywoodLife, “and feels like he is so much more, regardless of where [Kylie’s] head is at.” If the “Sicko Mode” rapper gets his way, he and Kylie won’t stay “friends” for long. “Going into 2020, he will still be the one chasing,” says the source, who adds that “even if ends up being a friendship over a relationship, he still hates that label.”

Kylie and Travis split in October 2019 after two years together. Unlike the break between Kylie’s older sister, Khloe Kardashian, and her baby daddy, Tristan Thompson, their breakup wasn’t due to infidelity. Travis’s busy career and their different lifestyles forced the young parents to reevaluate their relationship, especially how they can best take care of their 1-year-old daughter, Stormi Webster. “Kylie and Travis have been drifting apart for a while now,” an insider told HollywoodLife EXCLUSIVELY shortly after their breakup. “It was difficult with Travis touring for much of their relationship, and although Kylie did her best to join him on the road with Stormi, it ultimately took a toll on their relationship.”

Oddly enough, their relationship seems better than ever since breaking up. The couple has spent the holidays together – Halloween, Thanksgiving, and Christmas – and Kylie were seen dancing at Travis’s Astroworld Festival. They were also spotted partying at a Palm Springs casino at the start of December 2019, and many fans online hoped that the two would reconcile. Unfortunately for those fans, they better keep hoping. “Right now, Kylie is focusing on herself and her daughter and co-parenting. Those are really her only concerns,” a source told HollywoodLife, who says that Kylie has told some friends that she doesn’t think she’ll be “working things out” with Travis – at least, not in a romantic way – anytime soon.