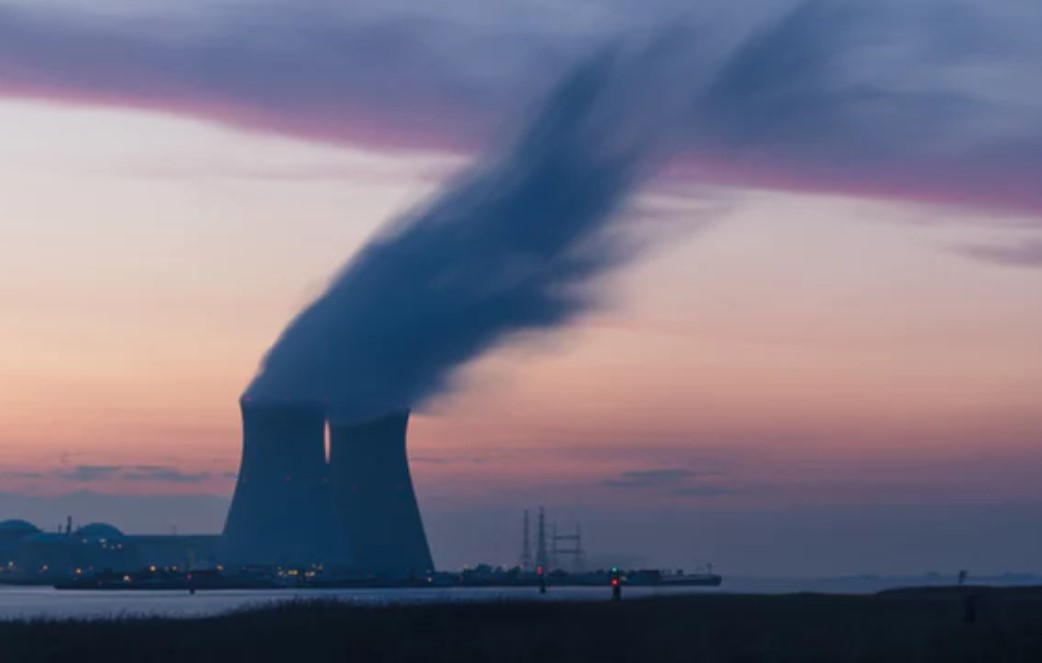 At a community meeting in metro Atlanta on Monday night, elected officials and environmental regulators promised hundreds of residents concerned about toxic pollution that — going forward, at least — they wanted a dialogue with the public. They pledged to be open in their dealings with Sterigenics, one of the companies that’s been legally releasing a cancer-causing gas called ethylene oxide into the air in Smyrna for decades. There are three other facilities in the metro area that also release ethylene oxide: BD, which has locations in Covington and Madison; and Sterilization Services of Georgia, in Atlanta. All the companies use ethylene oxide to sterilize medical products.

In 2018, the EPA posted the results of the National Air Toxics Assessment on its website. The report, which used computer models to estimate the health effects from toxic air pollution, identified 109 census tracts around the U.S. where residents faced increased cancer risks, mainly from exposure to ethylene oxide. Three of those census tracts were the metro Atlanta area. At the time, the agency did not put out a news release on the report and did not notify residents of its findings.

“We are committed to ensuring your safety, to working with you openly and transparently, to answering your questions, to listening to your input, and to continuing to communicate with you going forward,” said Mary Walker, who heads the EPA’s Region 4 office in Atlanta.

But in recent weeks, state officials have been moving swiftly to make legal agreements with Sterigenics that, in some cases, have bypassed public input.

Companies that release significant amounts of pollution into the environment must apply for permits to do that. Permits are documents that allow states to place limits on pollution, and they require companies to spell out how they’re going to monitor and control what they release. Any new permits or changes to permits require companies to submit a detailed permit application to state regulators. The application is often detailed, and typically takes weeks to months for the state to review, depending on the type of permit.

The public statement didn’t spell out what the plans were. But earlier that same day, on a conference call hosted by Georgia Gov. Brian Kemp’s office, the EPD told legislators that it had approved the company’s permit application, according to state Sen. Jen Jordan, a Democrat who represents parts of the Smyrna area, who was listening to the call. The next day, on Aug. 3, Sterigenics issued a news release of its own and said the company “is pleased that the Georgia Environmental Protection Division (EPD) has reviewed and approved our application to implement additional controls at our Atlanta facility.”

But none of that has actually happened yet. EPD says now that it has not yet approved Sterigenics’ permit application and it was a misunderstanding. EPD spokesman Kevin Chambers said that after the EPD received the permit application, it was reviewed to make sure that the submission was complete and that no additional materials or information was required. “In its Aug. 3rd press release, Sterigenics may have been referring to EPD’s determination that the permit application was complete,” Chambers said in a written response to questions from Georgia Health News and WebMD.

The 48-page application is still being reviewed by the Chemical Review Unit of the Stationary Source Permitting Program in the EPD’s Air Protection Branch, the EPD said in its responses. The review is estimated to take 4 to 6 weeks. The permit application was posted on the agency’s website. In response to questions from WebMD and Georgia Health News about whether it would take public comment on the permit application, the EPD said the public could send comments to EPD.Comments@dnr.ga.gov. At the Monday meeting, Karen Hays, chief of the EPD’s Air Protection Branch, gave a different email for comments: askepd@gaepd.org.

State Signs a Legal Agreement With the Company

Even though the permit hasn’t been fully vetted, Sterigenics has the go-ahead from state regulators to move forward with construction on its new pollution controls. That’s because the EPD and Sterigenics have signed a consent order that allows the company to make the changes. “Not only is EPD allowing the facility to continue to operate, it’s now fast-tracking approval of a supposed fix without allowing for input by the very communities endangered by these emissions,” said Kurt Ebersbach, senior attorney for the Southern Environmental Law Center in Atlanta. “While folks in the affected communities no doubt want quick action, I don’t think they wanted to be entirely cut out of the process.  In that way, this is another tone-deaf action by EPD,” Ebersbach said.

The order was never posted for public comment as required by law, said Jordan, the state senator. Under Rule 391-1-3.01, “Public Participation in Enforcement of Environmental Statutes,” the Environmental Protection Division is supposed to post a public notice and allow public comment before executing an administrative consent order. The public is also supposed to have 30 days to request a public hearing on these kinds of consent orders. In this case, those things never happened. “There has been no formal opportunity for the public to comment” on Sterigenics’ refitting plan or the permit approval, said Emrys Treasure, a father of two young children who lives about a mile from the Sterigenics facility.

The only time the EPD doesn’t have to follow the rules that allow public participation is when the agency is taking emergency action, Jordan said. Jordan says she sees no justification for calling the consent order an emergency. “EPD cannot claim that it didn’t have to follow this rule due to it being an emergency action, since they sat on this for a year, or because the actions would immediately address ongoing harmful releases –because it is not an immediate remedy, and the 30-day notice and hearing period could have proceeded in tandem with any efforts by Sterigenics to start the process of permitting,” she said in an email.

The EPD said that without the consent order, Sterigenics would have had to wait until a new permit was issued before it could start installing the new pollution-controlling equipment. Under the consent order, Sterigenics has to begin construction by Sept. 6. It has 24 weeks to install the modifications outlined in its permit application. Those changes include sending emissions out through a taller stack — basically a taller chimney — and putting the facility under negative air pressure.

The negative air pressure — essentially a vacuum seal on the building — is an attempt to keep the ethylene oxide that doesn’t get sucked into pollution control equipment during normal business operations — the so-called fugitive emissions — from escaping. A taller stack means that any ethylene oxide that’s released after it passes through the scrubbers would be sent higher into the air, where it would disperse over a wider area. The idea is that the taller stack would prevent releases from concentrating in the neighborhoods closest to the plant.

In this case, though, the company is not being accused of doing anything illegal, and it is not being fined. Both the EPD and Sterigenics say the company has not violated the conditions of its operating permit. Philip Macnabb, president of Sterigenics, had also already pledged, at a recent Cobb County meeting, to take all the actions outlined in the proposed permit application to lower potential emissions.

About an hour later, Lorri Smith, chief operating officer for Kemp, commented on a draft of the release, asking, “Do we want to mention the consent order?” Ultimately, it wasn’t mentioned in the news release, and the consent order wouldn’t be approved until Wednesday, Aug. 7. In the interim, Kathy Hoffman, senior vice president of global environmental health and safety at Sterigenics, was allowed to review and make changes to the draft — a process that’s not unusual.

Her most substantial change was to add a paragraph citing a provision of state law that directs the director of the EPD to “encourage voluntary cooperation” to meet the goals of the air quality act. She also struck language that suggested the consent order was an enforcement action or any phrase that would make it seem as if Sterigenics had done anything wrong. One of the few places where the EPD pushed back on Hoffman’s proposed changes was when the Sterigenics exec wanted to call the document an “administrative agreement” instead of a consent order.

“As the term suggests, a ‘consent order’ is something that the two sides agree to. From that standpoint, it wouldn’t be unusual for the parties to exchange drafts and suggested verbiage as they work toward a final version,” said Kurt Ebersbach, senior attorney for the Southern Environmental Law Center in Atlanta.

When asked how they felt about the state’s quietly executed consent order, Janet Rau, president of the grassroots nonprofit action group Stop Sterigenics Georgia, said there’s a fine line between doing things quickly and keeping the public in the loop.

“Anytime the public is not included in the conversation, it further breaks the trust between EPD and the community it’s serving,” Rau said.