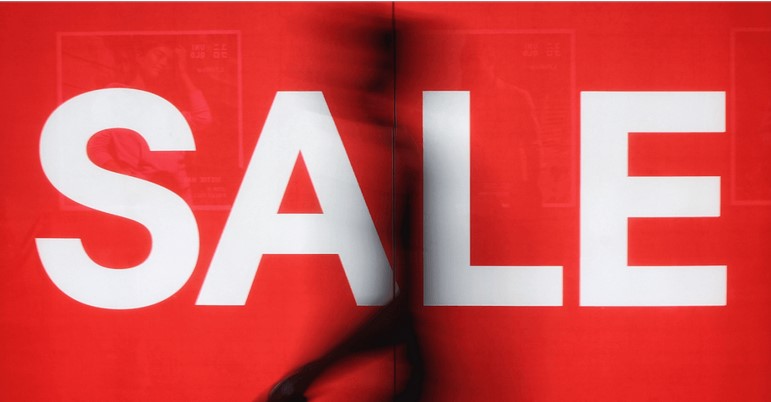 This is Your Brain on Discounts: The Science of Why We’re Slaves to a Sale

In 1869 the store’s savvy owner, Aristide Boucicaut, introduced a novel component to the buying process: the price tag. A fair-feeling phenomenon that replaced haggling, the price tags at Bon Marché are reported to be the first time customers ever encountered a set price.

But Boucicaut soon realized that fixed prices had even more potential—they also provided a new method for getting rid of items that didn’t sell well, were out of season, or of which there were simply too many. Boucicaut went out on a limb, cut his prices, and advertised widespread deals on past-season items. People clamored to get in the Bon Marché’s door, et voila! the discount was born. Today, an American college kid or a Chinese diplomat reacts to a sale no differently than those first bargain-hunting Parisians: we’re hardwired to be enraptured by price cuts. Why? Discounts play on five key concepts to which we respond very strongly: fear, irrationality, injustice, scarcity, and loss aversion. I delved into six of the best books on neuromarketing, psychology, and discount phenomena to unearth the science behind why we mortals are slaves to a sale. What I found was a lot of chemicals whizzing around, an explanation for why I’m so great at the 5 and 10 times tables (but none of the others), and a healthy dose of FOMO. Read on to understand the science behind why you can’t resist a sale. Fear: Buy this fancy alarm system or your family is doomed

It’s a sunny afternoon. A mother and daughter pass a soccer ball back and forth in a fenced-in suburban backyard. What they don’t know is that through a knothole in the fence, a sinister man is watching them. Only moments after they step inside to prepare lunch, that man will burst violently into their home with intentions we wouldn’t dare to predict. Despite the fact that the crime rate was declining when this commercial for Broadview Security aired in 2009, sales for the company’s alarm systems spiked 10%. But why would people buy a costly security system they didn’t rationally need? Fear. When we’re afraid, we’re chemically compelled to purchase products we don’t need or want because our bodies know that we’ll get a hit of a soothing neurotransmitter called dopamine. Dopamine is associated with feelings of pleasure and satisfaction, and it’s released when we experience something new, exciting, or challenging.

A great way to score a hit of pleasurable dopamine to even out times of stress is to shop. The cycle goes as such: feel fear→ buy thing→ get squirt of dopamine→ feel better. Though calming it may be, Mark Ellwood points out in Bargain Fever that too much dopamine confuses our senses and makes it very difficult for us to purchase rationally. An overage of dopamine coursing through the system cripples the brain region known as the dorsolateral prefrontal cortex (DPC), which is responsible for weighing pros and cons. A temporarily impaired DPC can make us likelier to submit to the siren song of special offers or security systems we don’t even need.

The deal: Fear and stress—whether spurred by a car chase or by fear-mongering commercials—make us crave a hit of calming dopamine. The dopamine can addle our reasoning minds so that we’re more susceptible to making unnecessary purchases. Because these purchases make us feel good, we’re more likely to keep on buying in times of stress.

No matter how cool-headed and logical we might aspire to be, people are by no means rational. We act against reason and in ways that surprise even us all the time. Trick us into comfort by using familiarity or hit us with odd numbers and we become astonishingly blind to the facts. Marketers know this well, and they tap into it when setting pricing. When you go to the supermarket or the mall, you’ll see the same price points time and again: $9.99, $19.99 or $29.99, and so on. What are all those 9s about? Ellen Ruppel Shell explains in Cheap that young children can actually multiply one, two, five and ten much more easily than they can other numbers. The reason for this is that our brains are much more comfortable with numbers like one, two, five and ten because we have ten fingers and five on each hand.

Pricing experts exploit our comfort with these numbers because they know we wouldn’t rationally question why a new computer is $999.99 instead of $1,000. We just accept that $1,000 is an understandable price, and $999.99 is only a cent below it. Our brains see this as a reasonable bargain. By contrast, we would start questioning the price if it were, say, $968.54. We’d wonder how the shop calculated such a strange amount, which might lead to all manner of questions—is this product really quality? am I missing something? why am I paying this much for it, anyway?—and damage the chance of a sale.

Another reason retail prices are often set just shy of a round number, as in $19.99 or $49.99, is to take advantage of charm pricing. The short version is that we tend to perceive “odd prices” as significantly lower than they actually are, rounding down to the next monetary unit rather than up to the closer one. Thus, a pack of hair pins for $1.99 is associated with running you $1 rather than the $2 to which they’re actually closer. We’ll go out of our way for a perceived “deal” like this because the feeling of getting a great price is as tantalizing to a shopper as a fat slice of chocolate cake to a starving sailor. The deal: We’ll throw reason to the wind as long as we get the sense that we got a bargain, even if with slightly closer inspection we’d discover that we actually didn’t. The human yearning to feel that we bought smart also ties into our next point of consideration: justice, or rather, a lack of it. Injustice: Are your neighbors paying less for cable than you are?

Everyone wants a happy ending, but we might like getting a fair deal even more. To illustrate just how much more, let’s have a look at monkeys. Experiments have shown that capuchin monkeys have a strong understanding of fairness. In Frans de Waal’s test, two capuchin monkeys were positioned side by side in plain view of one another. For round one of the task, the monkeys were both given a cucumber for their troubles. In round two, however, one monkey was given a grape while the other got nothing but another morsel of cucumber.

What happens? Outrage. The monkey pitches a fit (and its cucumber, too). It instinctively knows that a grape is a better treat and feels it’s been cheated. If we modern-day buyers are just like 19th century Parisians at a fire sale, when we’re treated unfairly, we behave a lot like monkeys, too. Our version of food throwing in response to injustice is that we simply won’t buy a product for a price we deem unfair. For example, if a shopper thinks that she’s being offered a deal, such as those $1.99 hairpins, she’ll snap it up. Even if she didn’t go out looking for them, even if the quality is dubious, she’ll buy them because the discount makes the purchase feel fair. Ingrained human behavior dictates that her brain will tell her she did well because she avoided the worst thing: being forced to pay a perceived unfair amount (in this case, full price). The people who plan discount campaigns cash in on this insight about human nature by reminding us that others like us have already taken (or will soon snap up) the deal. A great example is the Booking.com approach of displaying how many rooms are left at a lodging and how many people are currently viewing it.

This tactic in turn, worries us and makes us suspicious. We’ll begin to wonder, could those three anonymous people soon be paying less for a night in Paris than I? We don’t want to pay a higher price when we know (or at least we’re told), that others have gotten the same thing for less, and we’ll do whatever we can, even make rash or unnecessary purchases, to ensure that we get the perceived fairest price. The deal: Nobody wants to be given a cucumber when she knows that somewhere out there, somebody else is eating a grape. We’ll react, credit cards waving, to discounts on wares we don’t even need because our brains perceive anything but the discounted price as unjust. Scarcity & loss aversion: This exclusive offer expires in 24 hours

Scarcity and loss aversion are the psychological sales power couple. Put together, the exclusivity of a limited availability item plus a dash of good old fashioned FOMO and the money spends itself. Here’s why. We see opportunities as more valuable if their availability is limited, which seems to be caused by the fact that people hate missing out on opportunities. Fascinatingly enough, the pain of loss is actually a much stronger feeling than the joy of winning, so when faced with the idea of loserdom, we will do anything we can to avoid it. Robert Cialdini’s book Influence cites a study that shows that when participants were told of a limited-time sale on meat, they bought three times more than they would when there was no time limit. Interestingly, this effect was compounded when people were told that only a select few knew about the sale.

Consider that: the scarcity of both the offer and the information about the sale made shoppers buy six times more meat than customers unaware of the time limit! Carving ourselves away from meat for a moment: a brand that uses scarcity marketing particularly well is Chanel. Each season Chanel confects a special limited edition nail color which disappears from the line when either a) supplies run out or b) the season ends. At $27.00 a pop, this is no cheap lacquer. Nevertheless, season after season, the limited edition colors fly off of shelves and into the well-manicured clutches of specialty discount hunters.

But an item doesn’t have to be exotic, limited, or special if you’re playing with people’s aversion to loss. Ori Brafman’s Sway cites another study conducted by U.S. Department of Agriculture professor, Daniel Putler, who studied egg sales to see how people reacted to price increases and decreases. He found that when prices decreased, people only slightly increased the number of eggs they purchased. However, when prices rose, people cut their consumption of eggs by two and a half times. Why? We’re wired to react even more strongly to an increase in price because our minds interpret it as a financial loss.

The deal: Because we experience the loss of something much more poignantly than we do the delight of winning it, we’ll go to great lengths to avoid missing out on an opportunity. This might mean overbuying merchandise bearing a “limited edition” sign, or it might be why you’ve suddenly started eating more avocado. Next time you hear the discount rack whispering your name, or you feel T.J. (or T.K.) Maxx’s inexorable pull, know that it’s not a personality flaw to feel tempted. You’re wired to love a sale. Armed with the knowledge of what’s happening to you both chemically and psychologically, you just might stand a better chance at saying no to BOGO.