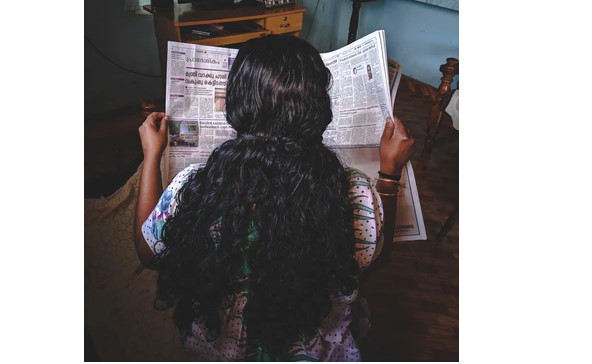 The Week in Washington “The Mueller Report Should Be Public!”

Finally, President Trump and I agree on something. On Wednesday, he declared the Mueller report should be public: “Let it come out, let people see it!” Now that the much-longed-for document is completed—it was delivered late Friday afternoon into the hands of the Department of Justice—let’s just admit it: It looks as though we aren’t getting what we wanted for Christmas. Don Jr. and Jared will not be indicted—according to sketchy early reports, there will be no new indictments. In fact, all the president’s men are acting like their boss has dodged a bullet. Though he has been uncharacteristically tweet-less this weekend, Trump played what appeared to be a celebratory round of golf with Kid Rock on Saturday.

But is he maybe partying too soon? At this point, no one but Attorney General Barr, his staff, and, of course, the Mueller team knows what the report actually says. The AG spent all day Saturday figuring out what and how much to divulge to Congress, and even as you read this, his “principal conclusions,” a summary of the report, may be on its way to Capitol Hill. Meanwhile, the Dems are gearing up. According to The New York Times, “The top Democrats on nearly a dozen House and Senate committees sent letters on Friday to the FBI, the Justice Department, the White House, and other federal agencies demanding that all documents, communication, and evidence amassed by Mr. Mueller and his team be preserved because Congress might request access to it.”

In other news—though admittedly the week’s other highlights pale in comparison to the Mueller release—the husband of White House counselor Kellyanne Conway tweeted the diagnosis for narcissistic personality disorder from the DSM handbook of mental disorders, alleging that the president fits this profile. On Wednesday, Trump retaliated, calling him Mr. Kellyanne Conway (which is supposed to be an insult, I guess) and fuming that this noted conservative lawyer is a “stone cold LOSER & husband from hell!”

At least George Conway is alive. The president also renewed his attacks on the late senator John McCain, who passed away seven months ago. In a speech at a tank factory in Lima, Ohio, on Wednesday, the president groused, “I gave him the kind of funeral he wanted, which as president I had to approve. I don’t care about this. I didn’t get a thank you. That’s okay. We sent him on the way. But I wasn’t a fan of John McCain,” proving that he has no shame about speaking ill of a dead guy. (Plus, he didn’t actually approve every element of the funeral, but that’s another story.)

Could “lock her up,” the chant favored even today by Trump fans still worried about Hillary Clinton’s emails, soon morph into “lock them up”? Because fair is fair, and on Thursday Representative Elijah Cummings said that a lawyer for Ivanka and Jared told him that the dynamic duo was using private email accounts to conduct official government business. In Jared’s case, this included an affection for WhatsApp, which he allegedly employed to chat with his buddy, MBS, the crown prince of Saudi Arabia and the man believed to be responsible for the murder of Washington Post journalist Jamal Khashoggi.

More news from the Middle East: On Thursday, the president tweeted his endorsement of Israeli sovereignty in the disputed territory of the Golan Heights, which is a big gift to Trump’s corrupt right-wing pal, Israeli Prime Minister Benjamin Netanyahu, who is facing reelection soon. That same day, Secretary of State Mike Pompeo, interviewed in Jerusalem by the Christian Broadcasting Network, was asked if Trump is meant “to help save the Jewish people from the Iranian menace.” Pompeo replied, “As a Christian, I certainly believe that’s possible.”

Lastly, on Thursday, President Trump signed an executive order protecting freedom of speech at colleges, in response to the administration’s claim that conservative students are given a hard time on campus. This newfound love of free speech apparently does not extend to hecklers at his rallies or SNL reruns. Nor does it include farm animals: On Wednesday, Representative Devin Nunes, a faithful lapdog of the commander in chief, announced that he was suing a parody account called “Devin Nunes’ cow” (@DevinCow,) for defamation, because the imaginary moo-er had made fun of him. The litigation gave the bovine a big boost: On Monday, it had only 1,200 followers; by Thursday, it was up to 600,000.