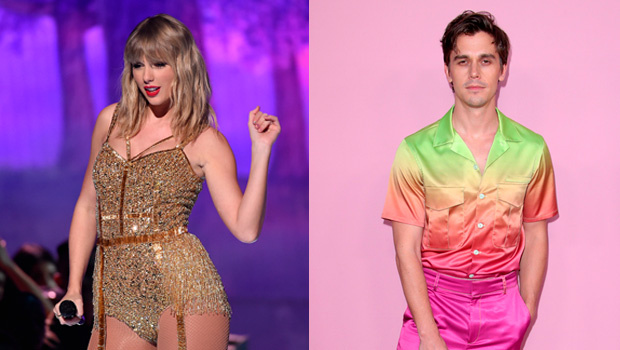 Party time! Taylor Swift, 29, posed in a hilarious way next to Queer Eye star Antoni Porowski, 35, at their Friendsgiving bash. Her pal Gigi Hadid, 24, was the one responsible for posting the photo which she did on her Instagram Stories on Nov. 30 with the caption “love you all sm (so much).” The “Blank Space” singer cozied up next to Antoni while sipping on what appeared to be a glass of wine as the rest of her crew happily smiled for the camera. The fashions were all over the place for their intimate gathering with Taylor wearing what looked to be an all-black ensemble, Antoni sporting something similar but with a pop of color in the collar of his jacket and Gigi dazzling in a faded jean look from top to bottom. Gigi must have been in a hungry mood as she also shared a “leftover appreciation” Story where a delicious plate of Thanksgiving-related dishes were waiting to be devoured.

The Grammy-winning artist dressed in a much more sexy manner at the American Music Awards on Nov. 24. She dazzled in a sparkly bodysuit on stage while performing next to fellow badass singers like Halsey, 25, and Camila Cabello, 22. Taylor is no stranger to hanging out with the Queer Eye guys. She chilled with Antoni’s costar Jonathan Van Ness, 32, and his adorable cats back in October! “Aunt Taylor came to meet Genivieve & the other babies last night,” he captioned next to a set of Instagram photos of her playing with his kitties.

She also featured the fab five in her music video for “You Need To Calm Down”, alongside other LGBTQ icons like RuPaul, 59 and Ellen DeGeneres, 61. “YNTCD” later won Video of the Year at the 2019 MTV Video Music Awards. 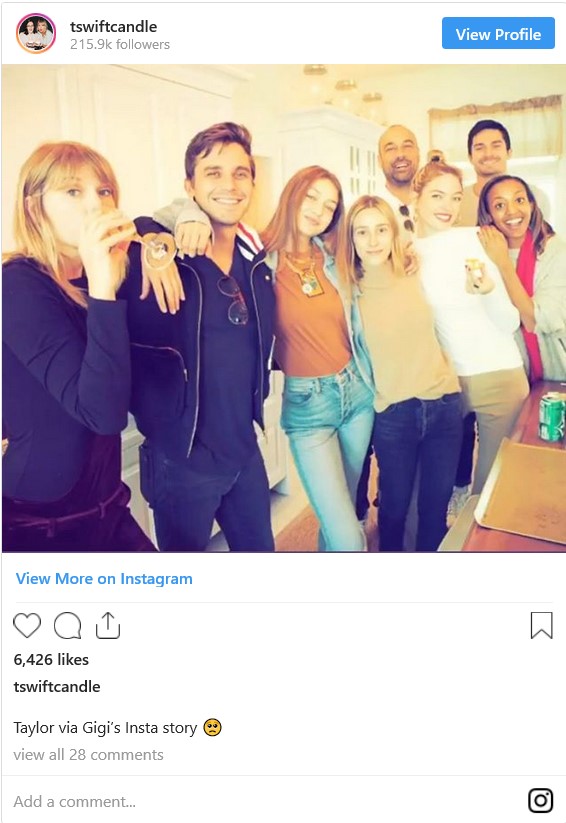 Supermodel Gigi also appears to be quite chummy with the very handsome Antoni in particular. He shared a cute holiday-related Instagram photo of him having a moment with her and his dog on Nov. 25.