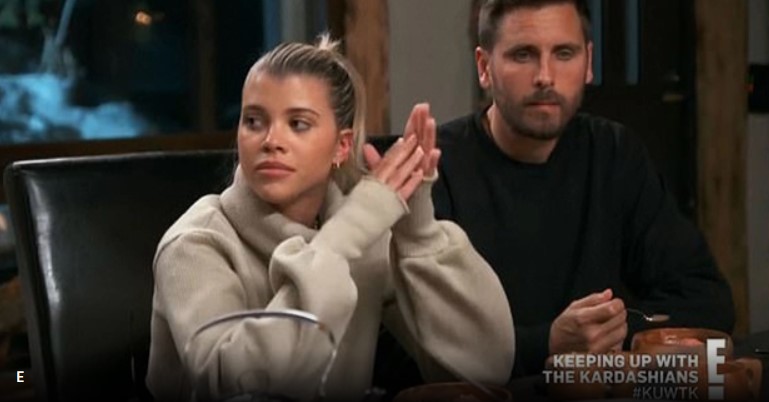 Sofia Richie: Why She Overcame HerConcerns & Finally Decided To Join‘KUWTK’

Sofia Richie wanted to make the decision to begin filming for Keeping Up with the Kardashians on her own. She didn’t want to be influenced, convinced or pressured, and that’s what helped her decide to make small cameos on the show, a source close to Sofia told HollywoodLife, exclusively. The model, 21, who has been dating Scott Disick, 36, since May 2017, appeared on season 16 of KUWTK for the first time on the show’s October 6 episode, which was shot on a family trip to Finland.

“Sophia was very hesitant to shoot the show, but the whole family really encouraged her to overcome her shyness and just do it. And, she’s very happy she did,” the insider said, explaining that her willingness to participate in filming has even helped strength her relationship with Scott. “The show is a huge part of Scott’s life and if they’re going to be together it just makes sense for her to take part — so that’s really the main factor in her deciding to do this. And, it’s great for her brand. She’s ambitious, so why not take things to the next level?”

Although Sofia isn’t a permanent fixture on the show, she’s completely okay with that. “So far, she’s still dipping her toes in it, but she isn’t planning on becoming a major cast member,” the source revealed. However, never say never. “The family really sees potential in her and her relationship with Scott, so who knows where this could go?”

A separate source went on to explain that Sofia thought long and hard before making a final decision to be featured on the show. As she explores reality television with Scott and his family, the model wants to ensure that she maintains her own brand and career.

“Sofia is always stop and go when it comes to wanting to be on reality television — whether it would be her own or on ‘Keeping Up’. She always seems to have a different idea of what to do,” the second source admitted. “Since she loves Scott and loves the family, she wants to be part of their world, but also wants to be her own person and sometimes it’s hard. She will continue to be on the show from time to time, but it won’t be in a larger capacity. Being a special guest works for her right now,” the source concluded.

KUWTK Fans first watched Sofia interact with Scott and his ex, Kourtney Kardashian, along with their three kids while on a spring break vacation in Finland. During the show’s latest episode, Kourtney invited Sofia on the trip because she said Scott and his girlfriend don’t leave her out of things when they’re all together. The episode went on to show Scott’s struggles with the awkwardness of spending time with his girlfriend and his ex.