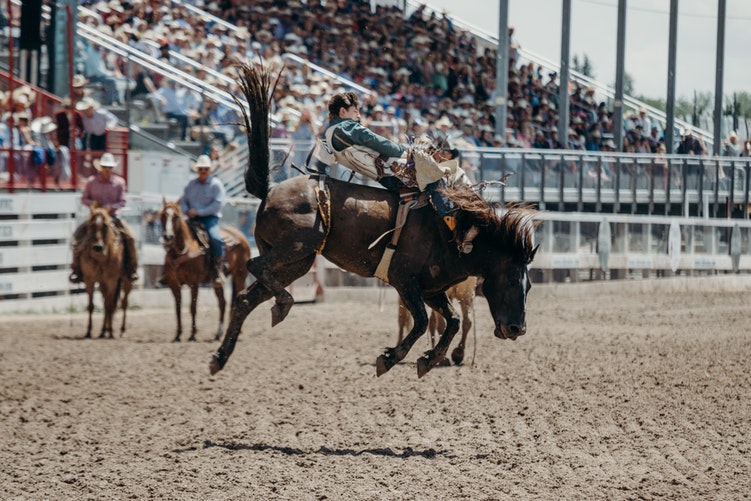 Rodeo events include the following forms of competition:

Barrel racing and pole bending – the timed speed and agility events seen in rodeo as well as gymkhana or O-Mok-See competition. Both men and women compete in speed events at gymkhanas or O-Mok-Sees; however, at most professional, sanctioned rodeos, barrel racing is an exclusively women’s sport. In a barrel race, horse and rider gallop around a cloverleaf pattern of barrels, making agile turns without knocking the barrels over. In pole bending, horse and rider run the length of a line of six upright poles, turn sharply and weave through the poles, turn again and weave back, then return to the start.

Steer wrestling – Also known as “Bulldogging,” this is a rodeo event where the rider jumps off his horse onto a steer and ‘wrestles’ it to the ground by grabbing it by the horns. This is probably the single most physically dangerous event in rodeo for the cowboy, who runs a high risk of jumping off a running horse head first and missing the steer or of having the thrown steer land on top of him, sometimes horns first.

Goat tying – usually an event for women or pre-teen girls and boys, a goat is staked out while a mounted rider runs to the goat, dismounts, grabs the goat, throws it to the ground and ties it in the same manner as a calf. This event was designed to teach smaller or younger riders the basics of calf roping without the more complex need to also lasso the animal.

Roping includes a number of timed events that are based on the real-life tasks of a working cowboy, who often had to capture calves and adult cattle for branding, medical treatment and other purposes. A lasso or lariat is thrown over the head of a calf or the horns of adult cattle, and the animal is secured in a fashion dictated by its size and age.

Calf roping, also called “tie-down roping,” is an event where a calf is roped around the neck by a lariat, the horse stops and sets back on the rope while the cowboy dismounts, runs to the calf, throws it to the ground and ties three feet together. (If the horse throws the calf, the cowboy must lose time waiting for the calf to get back to its feet so that the cowboy can do the work. The job of the horse is to hold the calf steady on the rope) This activity is still practiced on modern working ranches for branding, medical treatment, and so on.

Team roping, also called “heading and heeling,” is the only rodeo event where men and women riders may compete together. Two people capture and restrain a full-grown steer. One horse and rider, the “header,” lassos a running steer’s horns, while the other horse and rider, the “heeler,” lassos the steer’s two hind legs. Once the animal is captured, the riders face each other and lightly pull the steer between them, so that it loses its balance, thus in the real world allowing restraint for treatment.

Breakaway roping – an easier form of calf roping where a very short lariat is used, tied lightly to the saddle horn with string and a flag. When the calf is roped, the horse stops, allowing the calf to run on, flagging the end of time when the string and flag breaks from the saddle. In the United States, this event is primarily for women of all ages and boys under 12, while in some nations where traditional calf roping is frowned upon, riders of both genders compete.

In spite of popular myth, most modern “broncs” are not in fact wild horses, but are more commonly spoiled riding horses[citation needed] or horses bred specifically as bucking stock. 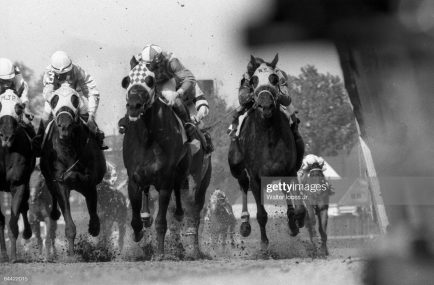 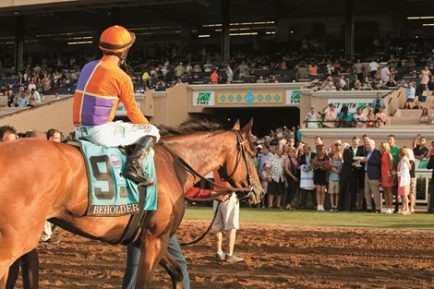 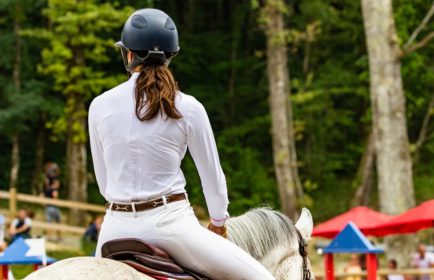 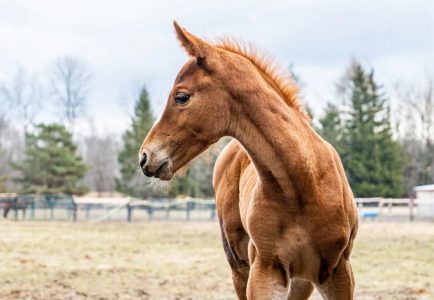