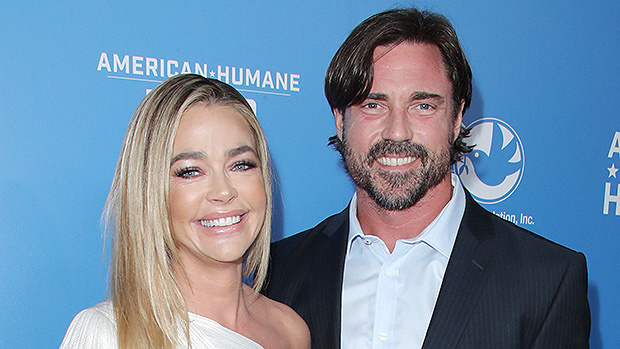 ‘RHOBH’: Denise Richards & HusbandAaron Phypers At The Center Of A Lot OfDrama For Season 10

Apparently the ladies of the Real Housewives of Beverly Hills have forgot that cast-mate Denise Richards, 48, is still a working actress and currently starring on the CBS soap The Bold and the Beautiful. With her busy schedule, her absence from filming some RHOBH events has the rest of her co-stars upset and she’s drifting apart from them as season 10 continues to film. “Denise Richards has been having a lot of issues getting along with the group so far this season and it’s causing a lot of drama amongst the cast,” a production insider tells HollywoodLife.com EXCLUSIVELY.

“She’s definitely not as close to a lot of the ladies as she was last season and her friendships with them are not what they once were. They’re all upset that she’s never around and find it really unfair, but Denise is busy working. They all feel like they have to work, too, so she should want to come to things as much as they do and she doesn’t,” the source continues.

When Denise is around to film, her husband Aaron Phypers has inserted himself into some of her on-camera battles with her co-stars. “Things have escalated on occasion and her husband Aaron has been at the center of a lot of drama. There has been lots of arguing and fighting and it’s all been on camera. He’s been inserting himself into Denise’s issues with the ladies and it’s causing even more tension and friction,” the insider explains.

There had been reports that Camille Grammer, 51, had been brought back to the show in the middle of season 10’s filming because there was a lack of drama, but that’s not the case. “They’re all laughing at the reports that there’s no drama this season. There’s a ton and Denise is really at the center of it all. She has been bonding with Garcelle (Beauvais) who is always quick to jump to her defense,” the source tells us. Garcelle, 52, is one of two new Housewives this season and it makes sense that she and Denise would become pals, as she’s also a working actress.

The cast won’t have to be around each other much longer, and they’re ending the season in style. “The ladies left this week on their cast trip to Rome. They’re all genuinely excited to be there and will return right before Thanksgiving and wrap filming the season in early December,” our source says.