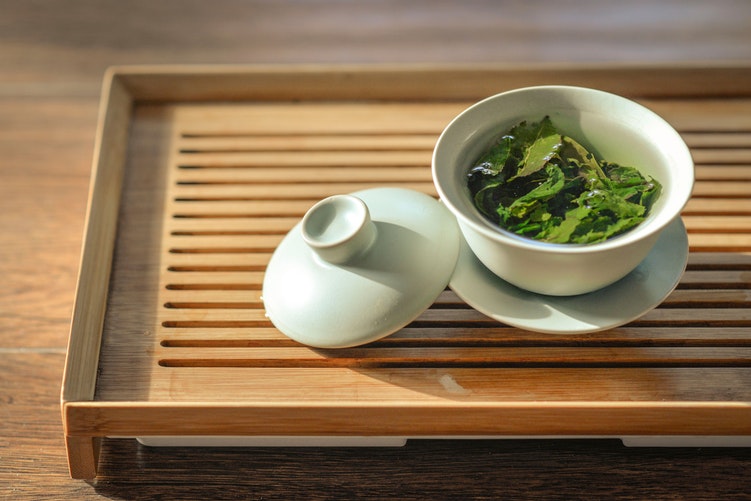 A lot of little lifestyle decisions can have a big impact on overall health. Taking the stairs for two minutes, choosing to grill rather than fry your food or refusing that extra glass of wine can all add up to a longer life.

Given the importance of these small choices, some are wondering whether they should give up their morning cup of coffee in favor of green tea. The evidence on green tea’s benefits is still developing, and we don’t know if it’s the healthier choice. But if you’re looking to make the switch, there is some information that might push you over the bean-leaf divide.

What is green tea?

Green and black tea come from the same plant, but green tea is less processed. Because of this, it has a relatively high concentration of something called catechins. Catechins are part of a bioactive compound known as a flavonoid, which is thought to reduce oxidative stress.

A specific catechin known as EGCG exists almost exclusively in green tea, according to Howard D. Sesso, an associate professor at Harvard and associate epidemiologist at Brigham and Women’s Hospital. He specializes in researching how diet, particularly flavonoids, can affect health.

Green tea may help people lose weight but probably not enough so they can skip a workout or eat an extra piece of pie. One review looked at randomized control trials where people were given a preparation of green tea. There was a small amount of weight loss, particularly for Asians, but it was unclear whether it was the caffeine, green tea or ethnicity that was responsible.

Another study found that when people did lose weight through green tea, they were not drinking actual tea but preparations of concentrated green tea that are equivalent to 15 cups of normal green tea a day. Even with that high concentration, any weight loss was small and unlikely to reach the 5% to 10% of body weight needed to improve cardiovascular health.

In 2009, experts conducted a broad review of research on green tea but found insufficient evidence that it prevents cancer. Observational studies seem to show it slows the growth of precancerous lesions, but experts have been unable to establish whether or not it reduces the risk of cancer itself. Studies since the review, including a prostate and colorectal cancer randomized trial, have likewise not been able to establish a preventative effect.

There is some evidence suggesting that green tea helps reduce heart health risk factors, such as by decreasing lipids and lowering blood pressure, but the trials were small and not lengthy enough to show that the tea reduced cardiovascular disease. Sesso said the outcomes are still undetermined, and “they shouldn’t really be translated to disease prevention.”

A Japanese study found that green tea is associated with a reduced risk of cognitive decline. Neither black tea nor coffee has been shown to have this effect. However. the study looked at people who were already drinking green tea, and this type of people may just have other healthy habits that keep their minds sharp.

Establishing a link to green tea would require a years-long clinical trial in which people were randomly assigned to one group or another, with one group drinking green tea and another a placebo tea. Even with a trial like that, “the logistics can be challenging,” Sesso said. It would be difficult to ensure that the group assigned to drink green tea daily was complying.

So, should I switch to green tea?

If all this leaves you still wondering if green tea is good for you, the larger studies do share one conclusion: it does not appear to be harmful. Sesso has a pragmatic approach. “If it’s something you enjoy, then you should have it. A cup or two of green tea with a healthy diet of fruits and vegetables is great.”

As for Sesso, while he thinks there’s some potential to protect health, he personally doesn’t drink either green tea or coffee.