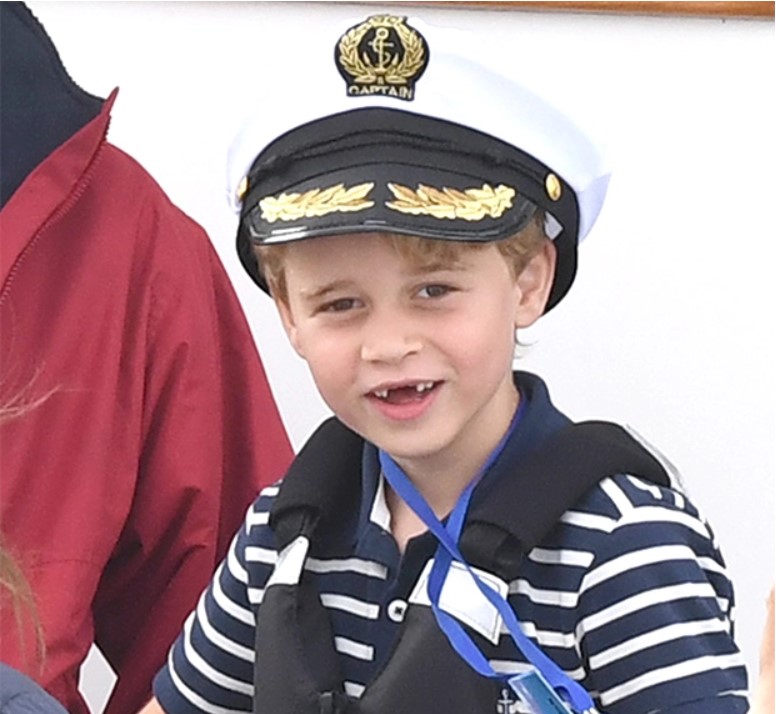 Prince George, 6, embarked on a sailing excursion with family on Aug. 8, and looked the part of a captain in an adorable sailor hat. The son of Prince William, 37, and Kate Middleton, 37, looked thrilled for his big day boating! The little one was all smiles for the trip on the high seas, and the cutest part of all was seeing him proudly flash his gapped-tooth smile. The young prince was not shy at all about showing off his multiple missing teeth and the photos are sure to melt your heart.

Also on the boat with George was his sister, Princess Charlotte, 4, who looked equally as adorable! The royal tot looked ready to set sail as she sported a neon green life vest and placed a stylish blue bow in her hair. The royal children went boating in honor of the Kings Cup Regatta, which their parents are hosting and are underway on the Isle of Wight. It’s so sweet to see their two kids cheer them on during the sailing event! The King’s Cup is being held to raise funds for charity and during the event, The Duke and Duchess will go head to head as skippers of individual sailing boats as they race against six other teams.

It’s safe to say Prince George is getting cuter with each passing day. The royal child recently celebrated his sixth birthday on July 22, and we were gifted with some unbelievably adorable snapshots. In official portraits released by his parents that day, he was seen with a great big open-mouthed grin while mid-laugh and was missing a lower tooth. George looked so happy in the photo, where he was wearing the official England National Soccer Team jersey while lying in the grass in the garden of Kensington Palace.

It just doesn’t get cuter than this! We love how confidently George has been showing off his toothless smile and here’s to hoping the tooth fairy paid him a visit after losing multiple teeth!