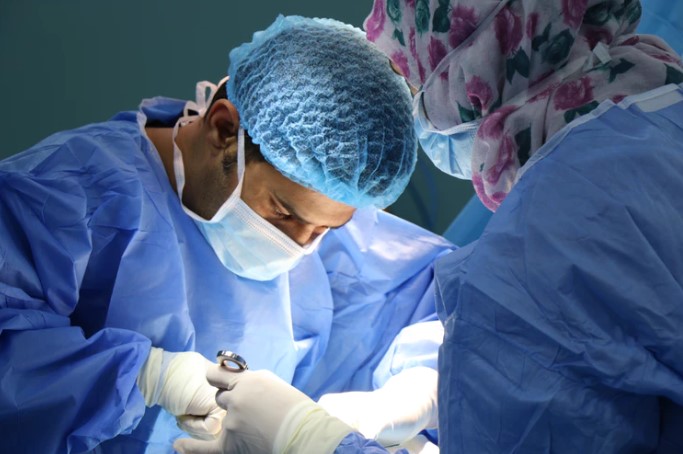 It’s a sunny spring afternoon in the Atlanta suburbs. The ring of the bat, the smack of a ball in a glove, and the cheers of the parents mean baseball is back. It’s the bottom of the first inning, and coach Tracy Bracken’s Braves — a batch of 9-year-old Little Leaguers — are on the field. At the end of the dugout, assistant coach Dane Lorio is logging each throw from the team’s young pitcher, tapping a button on an iPhone app called Pitch X.

Lorio says the players know he’s counting pitches, but all of them may not grasp why it’s being done. Baseball is perhaps the most statistic-intensive major sport. Fans in the cheap seats and front-office executives in the major leagues alike obsess over batting averages, earned-run averages, and on-base percentages.

But the numbers Lorio keeps may be as important to a Little Leaguer’s future as strikeouts or velocity. The pitch count is now subject to strict rules that are meant to keep growing arms from needing major surgery down the road.

The number of young players having “Tommy John” surgery, which replaces or repairs the tissue that ties together the bones of the elbow, began to skyrocket 2 decades ago. Sports medicine experts have called it an epidemic driven by the expansion of youth sports leagues, the rise in the number of kids focusing on just one sport and playing it year-round, competitive pressure, and myths about the procedure.

While the increase in surgeries appears to have slowed nationally in the past decade, they have not yet gone down, says Steve Jordan, MD, an orthopedic surgeon at the Andrews Institute for Orthopaedics and Sports Medicine in Florida. “In baseball overall, we’ve seen elbow injuries still go up, even though the shoulder and other problems started to turn around 2010 to 2015,” says Jordan, who tracks insurance data on the procedure.

The problem led the man for whom the now-famous surgery is named to criticize the youth-sports industry for putting kids at risk. “The nation’s youth-sports industry is a $15 billion business — and more and more, that business pushes children to make decisions early about which sport they want to play, and then to pursue that sport to the exclusion of all others,” John wrote in a 2018 column for AARP The Magazine. “And kids’ bodies are paying the price.”

Reconstruction of the ulnar collateral ligament, or UCL, got its nickname from John, the Los Angeles Dodgers pitcher who first had the procedure in 1974. During the surgery, doctors replace a torn ligament with a section of tendon taken from another part of the body, such as the leg or wrist. In John’s case, the procedure not only repaired what would have been a career-ending injury, but John went on to pitch in the majors until age 46. More than 500 pro players have had Tommy John surgery since then. But James Andrews, MD, the founder of the Florida clinic, and some of his colleagues started raising alarms in the mid-1990s after noticing a sharp rise in the number of young players who’d had the procedure.