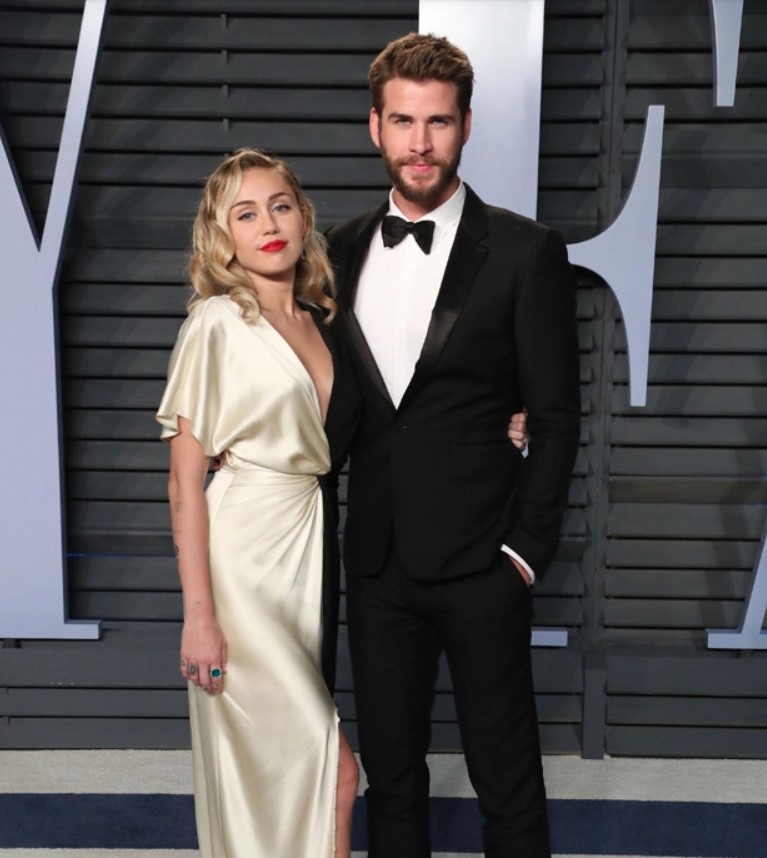 For a moment, it looked as if the Miley Cyrus and Liam Hemsworth were really going to make it. Sadly, it was not to be, so relive their romance – from their first meeting to their heartbreaking divorce.

All hopes of Miley Cyrus, 26, reconciling with Liam Hemsworth, 29, were dashed upon the rocks on Aug. 21. The Hunger Games star reportedly filed for divorce in Los Angeles, citing “irreconcilable differences.” Liam’s move came less than two weeks after he and the “Malibu” singer called it quits. Miley was a bit cryptic when speaking for the first time since the split (“Like the mountain I am standing on top of, which was once underwater, connected with Africa, change is inevitable.”) Liam, on the other hand, was more direct.

“Just a quick note to say that Miley and I have recently separated and I wish her nothing but health and happiness going forward,” Liam said on Aug. 13. With Miley apparently moving on to Kaitlynn Cater, 30, and unresolved allegations of “infidelity ” still being flung about, here is a rundown of how these two found love, lost it, rediscovered it and wound up apart again. Check out the gallery for more moments from their ill-fated romance

2008-2009: Miley and Liam are cast in the 2010 film adaptation of the Nicolas Sparks novel, The Last Song. At the time, the then-17-year-old Miley was best known for being Hanna Montana, and Liam was relatively unknown. The two fell in love while filming, and there were reports that they full-on “made out” while saying good-bye after shooting wrapped, per Glamour.

2010: They made their red carpet debut as a couple at an Oscars event, per Cosmopolitan, and they walk together at The Last Song premiere in March. There are reports of a “break-up and make-up,” with the two splitting up in August and reconciling in September. However, they reportedly call it quits again in November …

2011: …but they reportedly get back together in April. Liam accompanies Miley to the CNN Heroes Gala in Los Angeles. It’s all quiet for the rest of the year, but that would be the “calm before the storm.”

2012: Liam accompanies Miley to the Vanity Fair Oscar Bash in February, and she supports him at the Hunger Games premiere in March. Engagement rumors fly when she’s spotted wearing a ring around her finger, and they confirm it in June. “I’m so happy to be engaged and look forward to a life of happiness with Liam.”

2013: It’s a rough year for the couple. They go for five months without being photographed together. After the release of Bangerz and Miley’s now-infamous “twerking” incident at the VMAs, the couple calls it quits. Liam is spotted making out with Eiza Gonzalez shortly afterward. In her first post-breakup performance, Miley breaks down while singing “Wrecking Ball.”

2015: A quiet year for these two as a couple. Miley opens up about her sexuality. “I remember telling [my mom] I admire women in a different way. And she asked me what that meant. And I said, ‘I love them. I love them like I love boys,’ “ she said in a Paper magazine interview.

2016: In January, the couple is spotted together for the first time in years. They attend a music festival in Australia, and Elsa Pataky, the wife of Liam’s brother, Chris Hemsworth, shares a picture of her hanging out with Miley. Shortly afterward, she’s seen wearing her old engagement ring, and the relationship is back on. Miley and Liam are seen together in public for the first time in April. Miley verbally confirms that the engagement is back on during an October episode of The Ellen DeGeneres Show.

2017: The two continue to be the perfect example of a happy relationship Miley released “Malibu,” a song about Liam, in May. Liam makes a guest appearance on a November episode of Saturday Night Live (where Miley was the musical guest.)

2018: Miley and Liam attend the 90th Academy Awards, Elton John’s annual AIDS Foundation viewing party, and then the Vanity Fair post-Oscars bash. In July, Miley deletes her Instagram, leaving some to speculate about a breakup. Liam posts a picture of them together to his Instagram in August, ensuring fans that they are still on. In November, Liam and Miley’s home burns down in the Malibu brushfires.

In December, it finally happens: Miley and Liam get married. The couple ties the knot in an intimate affair during the Winter holidays.

2019: Miley confirms that she and Liam are married. In May, Liam says he wants “maybe 20 kids” with Miley, and they attend the Met Gala together. In between then and August 2019, something happens. The couple announces their breakup at the start of the month, and less than two weeks later, Liam filed for divorce. Their marriage lasted less than eight months. During this time, Miley releases “Slide Away,” a track that many assume is about her breakup with Liam.

What does the future hold for Liam and Miley? Judging by their past, these two will never be entirely out of each other’s lives. Could these two get back together? The future is uncertain, but presently, things aren’t looking that great.