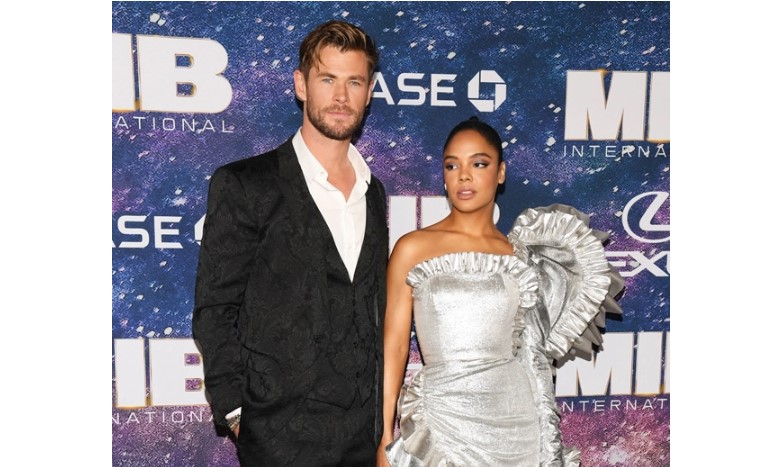 The Men in Black: International New York City premiere was full of gorgeous stars on the red carpet and we have some of the best pics right here! The highly anticipated showing at AMC Lincoln Square took place on June 11 and two of the film’s biggest stars, Chris Hemsworth, 35, and Tessa Thompson, 35, were definitely the highlight of the night as they stopped and posed for photos in eye-catching fashion choices.

Chris opted for a black blazer over a black vest and white-button down shirt with matching black pants while Tessa wore a silver dress with massive ruffles and matching silver heels. The duo, who also worked together in the popular film Thor: Ragnarok, looked dynamic on the carpet as they posed side by side for cameras.

Other celebs who showed up to the premiere in their best attire included Chris and Tessa’s co-stars, Kumail Nanjiani with wife Emily V. Gordon, Rafe Spall with wife Elize du Toit, and Les Twins. Matt Damon and Luciana Barroso also stepped out on the red carpet looking flawless. Matt wore a navy blue blazer over a white button-down shirt and matching navy blue pants while Luciana wore a simple but elegant black dress with spaghetti straps. The cute duo posed for equally as amazing photos as Chris and Tessa. Iskra Lawrence also made an appearance in an eye-catching lime dress with ruffles.

In the new Men in Black: International film the popular men are set to take on a mole in the organization, which is sure to be exciting! The official release date for the feature is June 14, 2019 so get ready because those aliens are back!