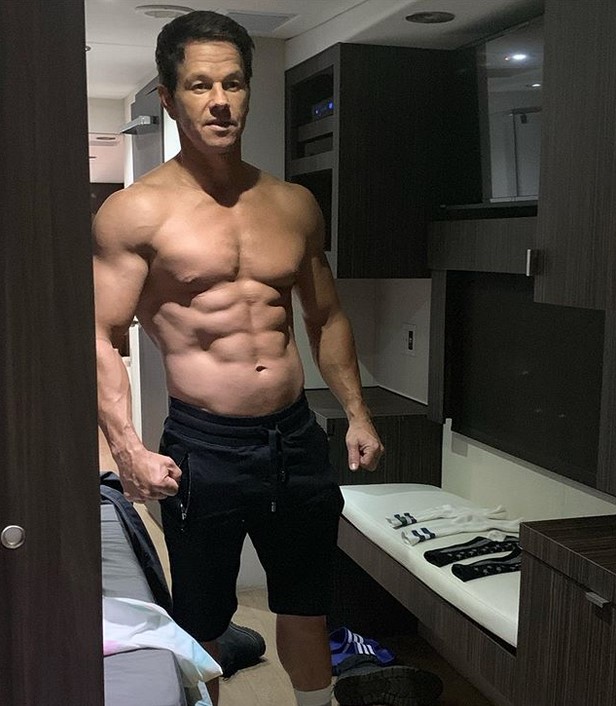 Mark Wahlberg, 48, is looking better than ever! The hunky actor showed off his amazing six-pack and chiseled torso in a shirtless new Instagram photo posted on Friday, August 23. In the photo, Mark’s 13 million followers also got a look at his muscular and perfectly toned arms. The actor — who has four kids ranging in age from nine to 15 — captioned the image, “F45 results 45 day challenge. @f45_training,” and added the hashtags “#ageisjustanumber #nowine54days #cleaneating.”

The actor was referring to F45 Training in the caption, which is described on their website as a “high-intensity workout” that is “proven to get rapid results.” The routine, which originated in Australia, is certainly working for fitness fiend Mark!  The Wahlburgers founder invested in the company last November after attending sessions and falling in love with the concept. Mark has since frequently posted about the company, sharing photos and videos of himself at the Sherman Oaks location in Los Angeles. He has also been vocal about his dedication to a rigorous fitness schedule, sharing that he has two scheduled workouts a day, from 3:40 – 5:15 a.m. and a second from 4:00 – 5:00 p.m. — now that’s dedication.

Mark’s followers quickly reacted to the post, including a few famous pals. NFL star Tom Brady, 42, seemed impressed — writing, “We are looking for some skill players @markwahlberg” — suggesting that the actor might join him in the professional football league. Access host Mario Lopez, 45, also jumped in on the action, writing “Show em what fellas in their 40’s are all about! You look awesome bro!!” Mark’s F45 trainers then chimed in, posting “Holy moly !!!!! Marky baby