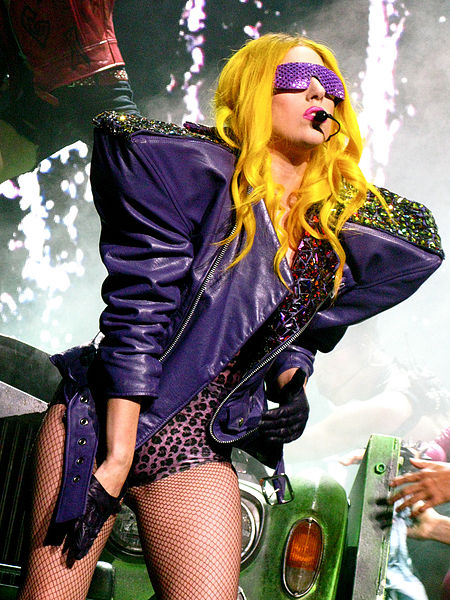 With hit after hit, Lady Gaga brought the crowd to their feet for nearly two hours on Monday night at Harlem’s legendary Apollo Theater. It was a scaled-down, but just as energetic version of her Enigma Las Vegas residency show, with 90 minutes of music and multiple costume changes.

“Thank you, Apollo Theater! What a historical moment for me, in my life,” Gaga told the crowd at her first New York City show in two years, and her first at the Apollo.

She also cursed up a storm, yelling “Are you ready to f—–g party tonight? Are we making history?”

Gaga kicked off the show with “Just Dance,” “Poker Face,” and “LoveGame.” She told the crowd: “Ask the question: What is your pronoun?” before launching into “Million Reasons.” Then came “Born This Way.” She ended with “Shallow” from “A Star Is Born.”

Spotted in the crowd were Michael Douglas and wife Catherine Zeta-Jones, Amy Poehler, Adam Lambert and Clive Davis. Gaga also gave a shout out to Pride Month and acknowledged the 50th anniversary of the Stonewall Riots.

The show was for SiriusXM subscribers and Pandora listeners to mark SiriusXM and Pandora coming together as one company. It will air in its entirety on SiriusXM Hits 1, Howard Stern’s Howard 101 and Pandora.