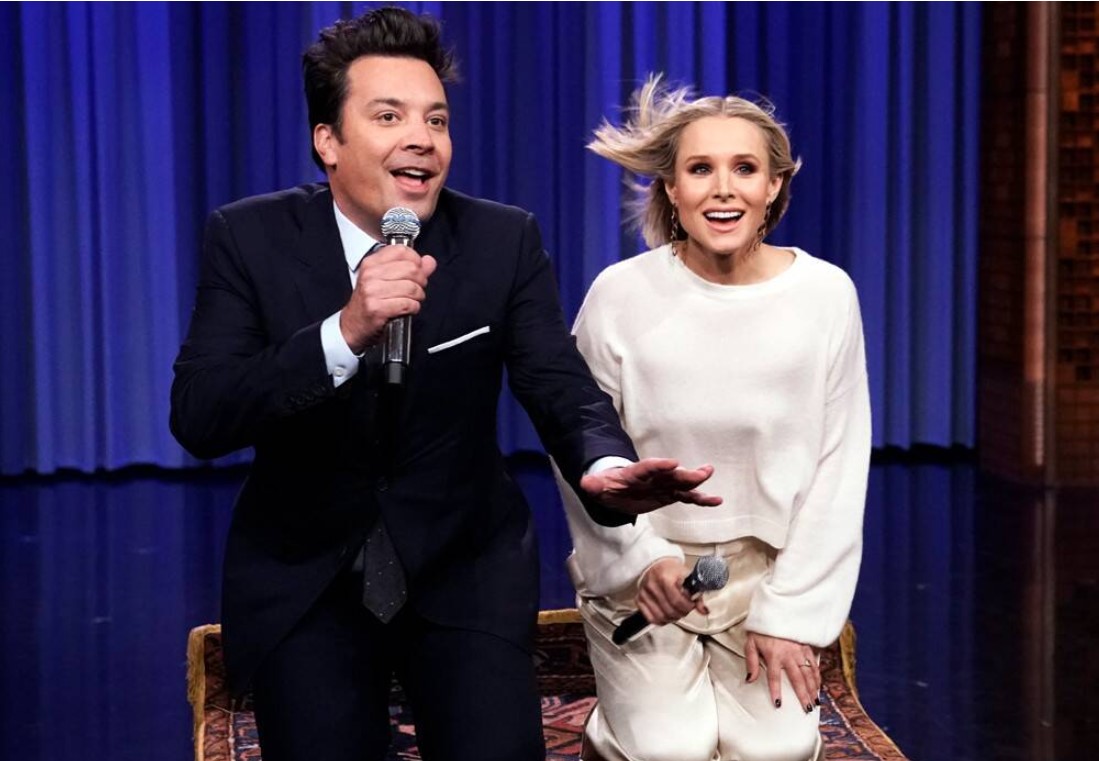 During Tuesday’s The Tonight Show Starring Jimmy Fallon, the actress and the host teamed up to perform the “History of Disney Songs”—an epic mashup of tracks from all of your favorite animated classics, spanning from 1937’s Snow White all the way to Frozen 2, which hits theaters next week.

To start things off, the pair went with the classic “When You Wish Upon A Star” from 1940’s Pinocchio (which, in case you missed it, is getting a live-action remake). Next came “Supercalifragilisticexpialidocious” from Mary Poppins followed by Snow White’s “Heigh-Ho” and The Jungle Book’s “The Bare Necessities.”

Jumping forward a few decades, Fallon had a solo moment when he sang “Under The Sea” from 1989’s The Little Mermaid. Then, Bell took all of her Disney princess training and belted out “Part Of Your World” with a small twist. “But Jimmy,” she sang. “I wanna be where the people are!”

The magic got cranked up even higher when the two jumped onto a literal magic carpet a la Aladdin and sang “A Whole New World.”

Of course, this wouldn’t be a true Disney tribute if they didn’t also include the versions of these classics that were covered by music icons. Bell and Fallon showed off their noteworthy impressions of Céline Dion and Peabo Bryson when singing “Beauty and the Beast,” and then it was time for Elton John and The Lion King.

After performing a snippet from “The Circle of Life” (complete with a stuffed Simba), the late-night host broke out his impressive impersonation of the “Rocketman” singer when belting out “Can You Feel The Love Tonight.”

In order to cram in as many songs as possible in the remaining minutes, the Good Place star and the SNL alum got meta by making more mashups within this mashup.

Shouting out “Colors of the Wind,” Bell sang, “Have you ever heard the wolf cry to the blue corn moon?” And then, at long last, Frozen came in. “Do you want to build a snowman?” Fallon replied. He kept interrupting the actress’ Pocahontas moment with her own character’s song, eventually prompting a swift, “Go away, Jimmy!” Naturally, the host responded with a glum, “Okay, bye.”

Now, put on your Mickey ears and check out the rest of the video to hear Fallon sing “Into The Unknown” from Frozen 2 and to see the mashup’s epic finale. You won’t be able to let it go.