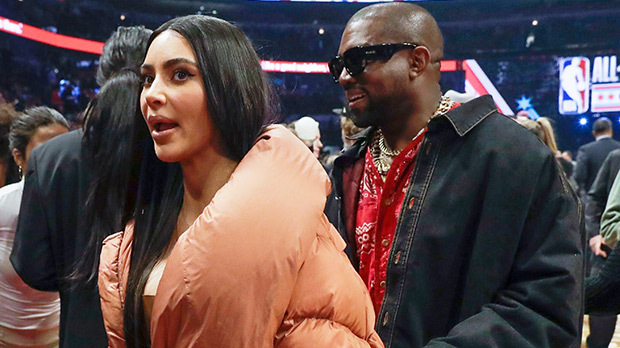 Kim and Kanye were sitting courtside at the NBA All-Star Game, and when the kiss cam landed on the couple it made for a super awkward moment.

An all-star couple at an all-star game! Kim Kardashian, 39, and Kanye West, 42, surprised fans when they showed up in Chicago for the NBA All Star Game on Feb. 16. The duo looked just as glamorous as ever, with Kim rocking a fiery monochromatic orange ensemble to beat the winter chill. She wore a copper puffer jacket with orange leather pants, and opted for a skintight strapless tan top underneath. She paired the look with tan boots, and wore her signature makeup look with earthy tones and a nude lipstick to compliment the outfit. Kim also wore her hair out, with it parted in the middle and it looked super sleek! Kanye donned a black jacket with a bright red shirt shirt underneath and printed denim jeans. He also wore monochromatic sneakers and plenty of silver chains around his neck — oh, and his signature black sunglasses of course.

While sitting courtside at the game, the camera panned to the couple on the big screen. First, it showed Kim who smiled and blew kisses at the camera, before turning to her husband and puckering her lips, ready for their big kiss cam moment. But…Kanye totally ignored her! The video then panned over to the rapper who stared into the camera before breaking into a big smile — quite a rare sight when it comes to Kanye West! Kim then decided to take matters into her own hands. As the camera zoomed out to show both of them, it became clear that her husband wasn’t going to kiss her, so she leaned over and kissed Kanye on the cheek. Awkward! Earlier in the day, the couple received a warm welcome to the city as Kim shared an Instagram story showing fans lining the streets and screaming their names while driving to Kanye’s special edition of Sunday Service, held at the Credit 1 Arena. The rapper grew up in the city, so it was certainly a warm welcome home!

Ahead of the big game, Jennifer Hudson appeared in the United Center to deliver a pre-game tribute to the late Kobe Bryant, his 13-year-old daughter Gianna, and the seven others killed in the helicopter crash that claimed their lives. In front of a packed crowd, Jennifer (a Chicago Native) sang her heart out, delivering a moving performance that captured the grief, pain, and heartache that has filled every basketball fan’s heart since Kobe’s death. Against a giant screen featuring highlights from Kobe’s life and career, Jennifer sang “For All We Know.”“For all we know we may never meet again / Before you go make this moment sweet again / We won’t say Good night; until the last minute / I’ll hold out my hand and my heart will be in it.” 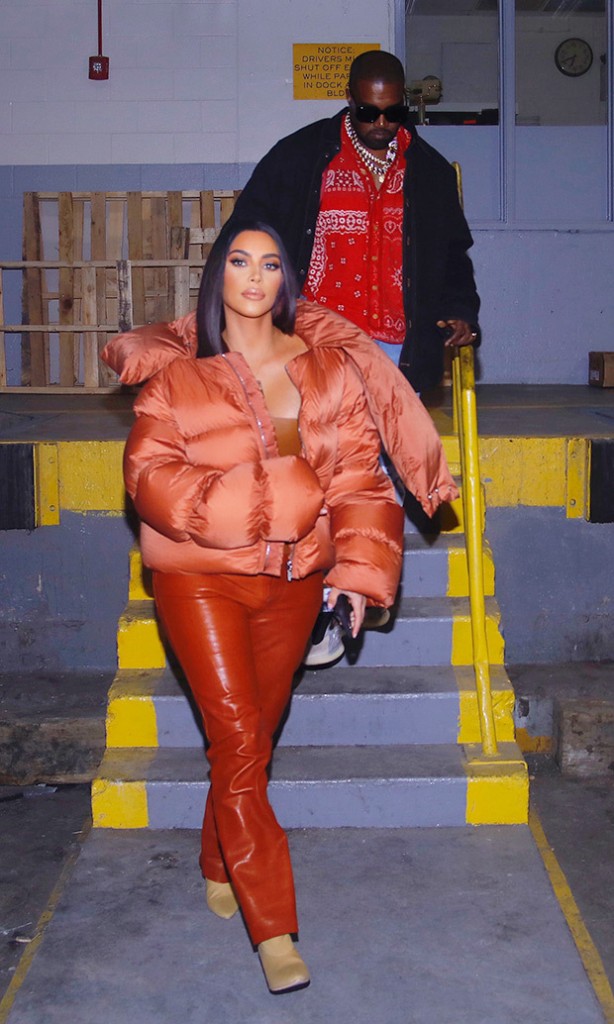 The game itself was a battle between Team LeBron James and Team Giannis Antetokounmpo. LeBron’s starting lineup was himself, Anthony Davis, Kawhi Leonard, Luka Doncic, and James Harden, while Giannis’ was himself, Joel Embiid, Pascal Siakam, Kemba Walker and Trae Young. Before the basketball got underway, though, Chaka Khan and Tenille Arts took center court to sing the United States National Anthem and Canadian National Anthem, respectively. The first quarter was won by team LeBron, while the second went to team Giannis.

Then, before more gameplay got underway, Chance the Rapper, Quavo, Lil Wayne and DJ Khaled performed an epic Halftime Show to be remembered! Chance also paid tribute to Kobe during it while singing “I Was A Rock.”