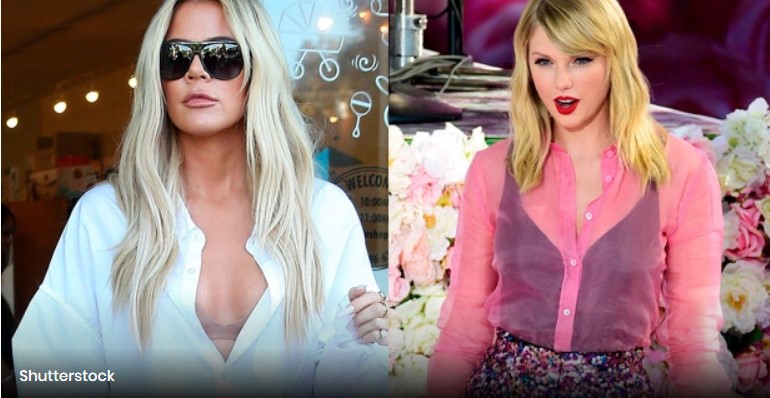 Khloe Kardashian, 35, made a surprising post to her Instagram on Oct. 14. The Keeping Up with the Kardashians star included a Taylor Swift, 29, quote along with a collection of Monday motivation phrases to her story. “People are going to judge you anyway…so you might as well do what you want,” the quote read. It’s a very odd choice, considering that Khloe’s sister, Kim Kardashian, 38, and her husband, Kanye West, 42, have been in an on-again, off-again feud with the “Lover” songstress.

And this feud has been going on for well over a decade. Fans will remember that it all started at the 2009 MTV VMAs, when Kanye stormed the stage during Taylor’s acceptance speech to proclaim that Beyoncé had “one of the best videos of all time,” referring to the music video for “Single Ladies.” Taylor was left totally stunned, and couldn’t continue with her acceptance speech for Best Female Video for “You Belong With Me.” However, as the years past, it seemed like the dust was settling between the two. Taylor even presented the Video Vanguard Award to Kanye in 2015 at the very same awards show. But there was a lot more to that debacle.

“The world didn’t understand the context and the events that led up to it,” Taylor told Rolling Stone in a Sept. 18 interview. Taylor went on to share more about their friendship, how they would go out to dinner and how the rapper even called Taylor to ask her to present the Video Vanguard Award to him. But when the night finally came, Taylor saw a totally different side of Kanye, as he continued to talk about in his acceptance speech how, “MTV got Taylor Swift up here to present me this award for ratings!” She went on to explain, “I realized he is so two-faced. That he wants to be nice to me behind the scenes, but then he wants to look cool, get up in front of everyone, and talk s***. And I was so upset.”

Taylor officially cut the ropes on their friendship when she was referenced in Kanye’s 2016 song, “Famous.” Kanye notoriously called Taylor to give her a heads up about the song, which was seen in clips released by Kim a few months later. However, the conversation did not include Kanye letting Taylor know that he’d be referring to her as ‘that b****’ on the track, which is what bothered her. “When I heard the song, I was like, ‘I’m done with this. If you want to be on bad terms, let’s be on bad terms, but just be real about it,’” Taylor explained. As of now, that’s where the feud between the famous trio stands. Fans will have to wait and see if Khloe’s post adds to the ongoing back and forth or keeps things as they are: at a stand still.