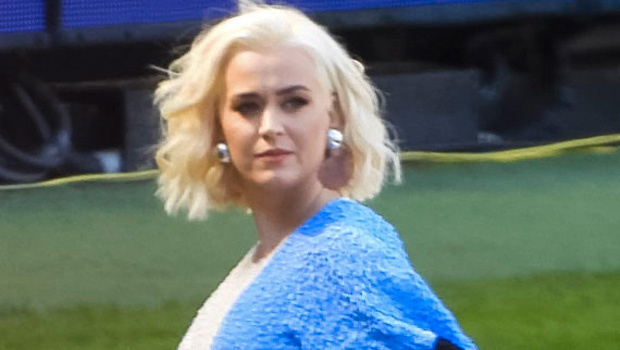 Katy Perry turned heads when she wore a tight colorful dress that perfectly hugged her growing baby bump while walking and posing at the ICC Women’s T20 World Cup 2020 event in Australia.

Katy Perry, 35, happily showed off her baby bump to the world on Mar. 7 when she stepped out to attend an event in Australia! The singer was wearing a blue, white, black and orange tight dress when she showed up to the ICC Women’s T20 World Cup 2020 event at the Melbourne Cricket Ground and the impressive fashion choice helped her to put her adorable bump on full display. She also showed off a short blonde bob as she walked around and sometimes posed for pics during the outing.

Katy’s latest appearance as a mom-to-be is part of just one of many events she’s planning on attending in Australia over the next few days, including a benefit concert to raise money for the tragic bushfires that have devastated the country. She’ll have many opportunities to keep showing off that growing bump and from the smile on her face at the World Cup, it seems she’s ready for it.

Katy’s outings in Australia come just two days after she announced her pregnancy to the world in the music video for her new song “Never Worn White” on Mar. 4. The beauty, who is expecting her first child with fiance Orlando Bloom, 43, debuted her bump at the end of the video and confirmed that she’ll be giving birth this summer during an Instagram livestream with her fans right after. 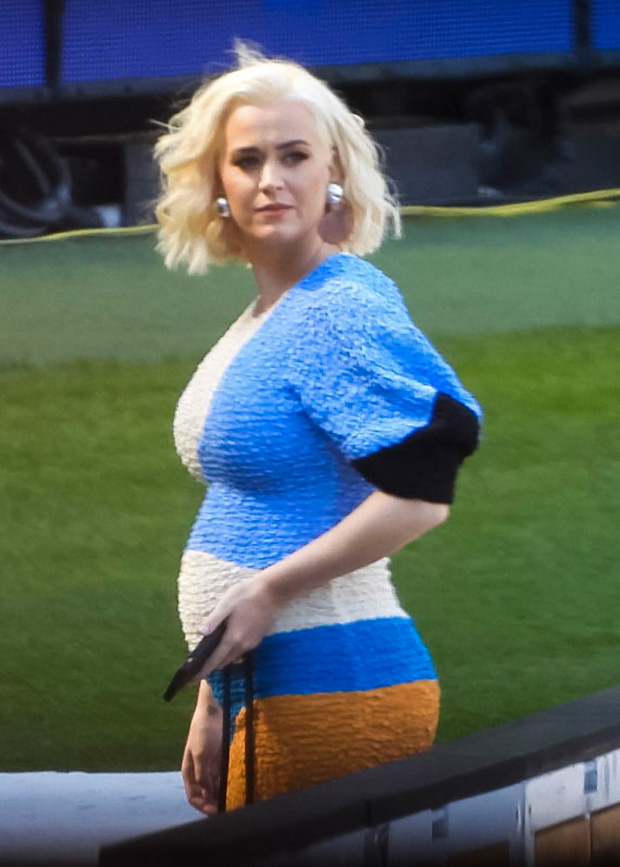 “I’m excited, we’re excited and we’re happy — and it’s probably the longest secret I’ve ever had to keep,” she said about her pregnancy during the stream. “I knew I would tell you in the best way, which is through a piece of music because that’s how I speak to you.”

We look forward to seeing more pics of Katy showing off her cute bump! Now that her secret’s out, she’s glowing more than ever!