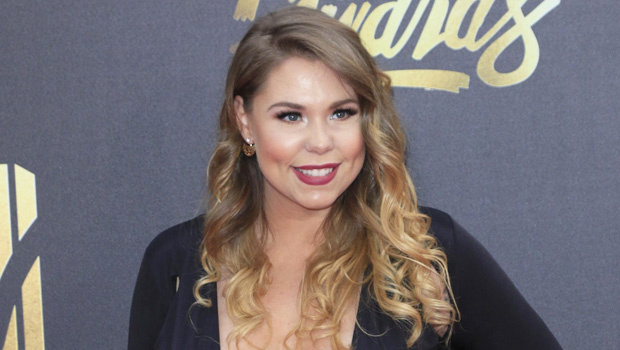 Despite her ongoing issues with Chris Lopez, Kailyn Lowry is still having another child with the 25-year-old — and she has NO time for haters who want to criticize her for it!

Kailyn Lowry has taken to Twitter to throw even more shade at her ex, Chris Lopez, who is also the father of the child that she’s currently pregnant with. After recently claiming that Chris is not involved in the pair’s other son, Lux’s, life, Kailyn expanded with new accusations about Chris. “Ask him to send diapers, wipes & clothes,” she said, responding to a fan’s tweet. “Can’t remember the last time he did anything for Lux!” In response, someone asked Kailyn why she decided to have another kid with Chris, and she clapped back, “You have no idea what happened & how I came to this decision.”

Kailyn confirmed her fourth pregnancy — she also shares son, Isaac, with ex Jo Rivera, and Lincoln, with ex Javi Marroquin — on Feb. 4. At the time, she was 16 weeks along. Shortly after Kail made her announcement, news broke that Chris was the father. This was quite confusing to fans, as just weeks earlier, at the Teen Mom 2 reunion, which aired in December, Kailyn said that she and Chris were not communicating at all. She made a similar statement in the spring of 2019, so it’s unclear what made them briefly put their differences aside to conceive another child.

The recent Twitter shade from Kailyn came after Chris debuted a new tattoo of Lux’s name on his face. “Imagine not doing s**t for your child, then getting their name tattooed on your face in 2020,” Kailyn tweeted on Feb. 14. “Listen. If one of my baby dads had my child & I couldn’t see him for whatever reason, I’m still sending clothes, diapers, wipes, cards. Whatever. And y’all haters or whatever you call yourselves are right. This was my fault bc I had a child with this man. So congrats.”

It looks like there is still some major bad blood between these two, and, as HollywoodLife EXCLUSIVELY reported, there’s no hope for a romantic relationship between them — even with two kids. “They had a very toxic relationship that she had a pattern of slipping back into, but Kailyn is done,” a source explained. “She says no chance will she ever get back with him again. She’s 100 percent done.”