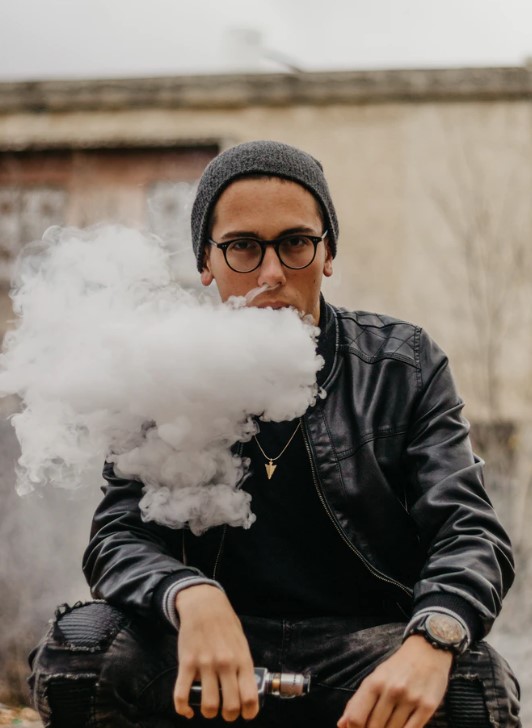 Juul, which makes the top-selling brand of electronic-cigarettes in the United States, said Thursday it will no longer sell fruit or dessert flavors of its products. The company’s decision comes as it faces widespread criticism that its flavored nicotine products are hooking a generation of teenagers on nicotine and vaping, the Associated Press reported Thursday. The company faces multiple investigations by Congress, the U.S. Food and Drug Administration and several state attorneys general. Juul is also being sued by adults and underage vapers who allege they became addicted to nicotine by using Juul’s products, the wire service said.

The Trump administration has also proposed banning nearly all e-cigarette flavors. The flavors dropped by Juul will be mango, creme, fruit and cucumber, which account for 10% of its sales. The company will continue to sell its most popular flavors: mint and menthol, the AP reported. Juul’s decision to continue selling mint and menthol shows “it isn’t serious about preventing youth use,” said Matthew Myers, from the Campaign for Tobacco-Free Kids.

“Juul knows that 64% of high school e-cigarette users now use mint or menthol flavors, and this number is growing all the time,” Myers said in a statement.

His group and others say the Trump administration should ban all vaping flavors except tobacco, the AP added.

Meanwhile, the U.S. Centers for Disease Control and Prevention reported Thursday that the number of severe lung illnesses continues to climb: There are now 1,479 cases reported in 49 states. Seventy-eight percent of those cases involved products that contained THC, the psychoactive ingredient in marijuana. Seventy percent of these patients were male, and 79 percent were under the age of 35.

The death toll also went up, hitting 33 deaths in 24 states. The median age of patients who have died is 44, the CDC added. Products containing the marijuana chemical THC seem to be a main driver behind the illnesses. While THC is a main suspect in the CDC’s investigation, a recent study suggested other chemicals might play a role. Researchers at the Mayo Clinic Arizona conducted an examination of 17 cases involving vaping-linked lung injury — including lung biopsies. All of the patients examined had severe forms of the illness, and two had died.

“Based on what we have seen in our study, we suspect that most cases involve chemical contaminants, toxic byproducts or other noxious agents within vape liquids,” said lead researcher Dr. Brandon Larsen. He’s a surgical pathologist at the Mayo Clinic Arizona, in Scottsdale.

Those findings were published Oct. 2 in the New England Journal of Medicine. While THC does seem to figure prominently in many cases, Dr. Anne Schuchat, principal deputy director of the CDC, has stressed that nicotine-containing vaping products without THC cannot be ruled out as a potential cause of harm. Because of that, the CDC recommendation for everyone to stop vaping stands.

What is clear is that the illnesses that are affecting vapers can be sudden and severe. Symptoms include cough, shortness of breath and chest pains. Some patients have had so much trouble breathing that they wind up on oxygen, and in extreme cases are placed on a mechanical ventilator.