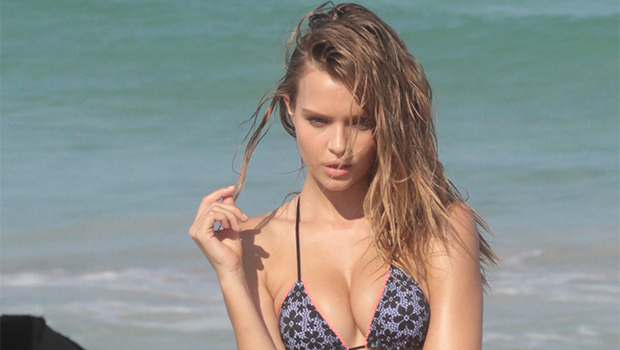 And the newest ‘Sports Illustrated’ Swimsuit rookie is… Josephine Skriver! The mag announced that the model was selected for their 2020 honor, and she couldn’t be happier. Learn more about Josephine before you pick up a copy!

Get ready for greatness when you pick up the 2020 Sports Illustrated Swimsuit issue this year. The legendary magazine named Victoria’s Secret model Josephine Skriver, 26, as one of their 2020 rookies, along with models Lorena Duran, Marquita Pring, Brooks Nader, Kim Reikenberg, and Hyunjoo Hwang. It’s unsurprising, given how gorgeous Josephine and her fellow rookies all are. Before we see Josephine grace the pages of the SI swimsuit edition, here’s what else you should know about the Danish beauty. She’s so much more than a Victoria’s Secret Angel!

“I always promised myself if I ever got to become a part of something this big that I would use it for good and I have been working very hard to keep that promise to myself. I just want to inspire young woman and all of the girls who think these dreams are unattainable. I am proof that if you work hard you can achieve your goals.”

“You are my biggest adventure. My fairytale come true. My soulmate. My best friend. The love of my life. So of course it was 1millionxYES!!! Sometimes in life you will meet that one person that makes everything make sense. A person that pushes you to be an even greater version of yourself. A person that makes you not just dream it.. but believe it!”