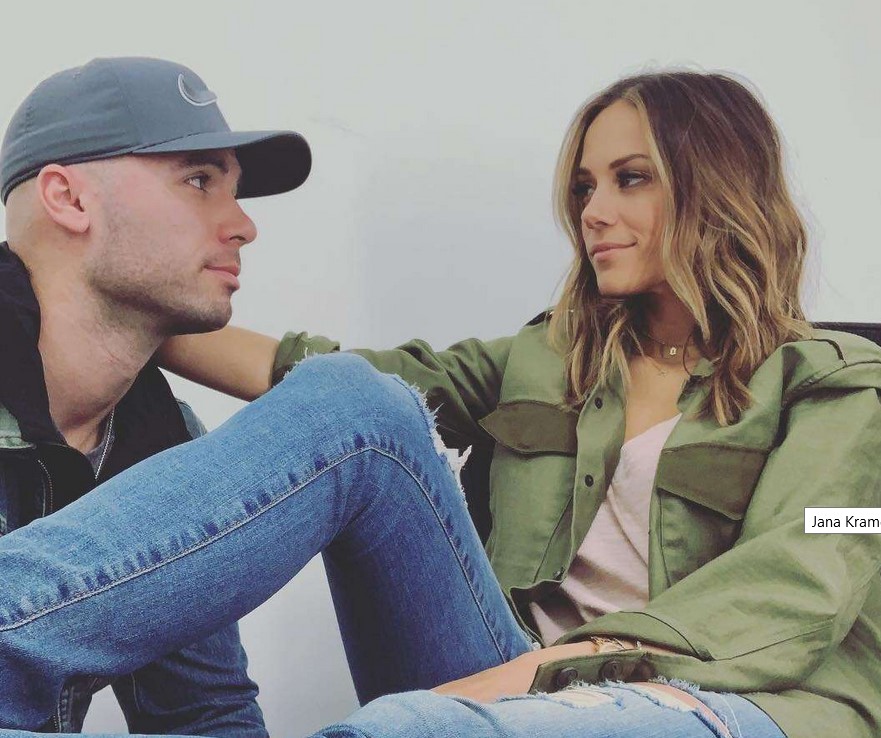 Relationships are full of ups and downs and Jana Kramer and Mike Caussin’s marriage is no different. On Monday’s all-new episode of iHeartRadio’s Whine Down podcast, listeners experienced an open and raw conversation between the couple as they shared details from a recent fight. Mike recently received a woman’s topless photo via text that he quickly deleted but didn’t tell Jana about. The One Tree Hill star later found out about it after going through Mike’s Apple Watch, which triggered trust issues.

“I see it and I know the right thing to do is to go get Jana, pull her aside and say, ‘Hey. I just received this. I don’t know what the hell it is but I just need you to know,'” Mike shared on the podcast before explaining why he withheld the text. “I was terrified to do so…Jana and I have had a really good run recently—like not a lot of past stuff coming up, we’ve been handling situations pretty well, handling triggers pretty well, talking things out—it really felt like we were really building a lot of forward momentum…”

When Jana was able to share her perspective, the country singer explained why it was so triggering for her.

“When I looked, I was like God damnit. I saw it and my heart just fell. It’s here. It’s happened again,” Jana shared while trying to hold back tears. “I’m such a f–king idiot and I immediately called my best friend and I was just shaking crying outside and then I called the number and then I texted it and it was like, ‘Sorry hun, can’t talk on the phone. Do you want me to come over?’ and I was just like, ‘You texted my husband. I would love to know your correspondence. Please from one woman to another.'”

Jana says the messages got “really weird” leading her to believe that perhaps it wasn’t even a real person. Ultimately, Jana explained that Mike’s decision to delete the message before telling her is most hurtful.

“The deleting things—whether it was a fluke text—sends me right back to him deleting all the messages that he did with his affairs,” she shared. “It’s just heavy. My anxiety level is through the roof.”

During the emotional episode, Jana and Mike confirmed that they went to see their couple’s therapist. In addition, the former NFL player apologized to his wife on air.

And while the episode ended on a tense note, Jana took to Instagram Monday morning with an update on how things are going.

“We decided to open the door into what happened and woah did we let it all out. Those of you may not understand the trauma and the pain around what we talked about and openly shared so please be nice and know we ended up keeping the episode because we hope it can help,” she wrote to her followers on Instagram. “Be kind to us as honestly we are embarrassed by how fresh and raw this episode was.”

She added, “Also. Because the podcast didn’t end great…today we are good, and have grown stronger from it. See that’s the thing, if you’re both willing to fight you can get stronger on the other side. Love y’all and really appreciate the support. #bekindpls.”

Listen to the podcast episode in its entirety online now.