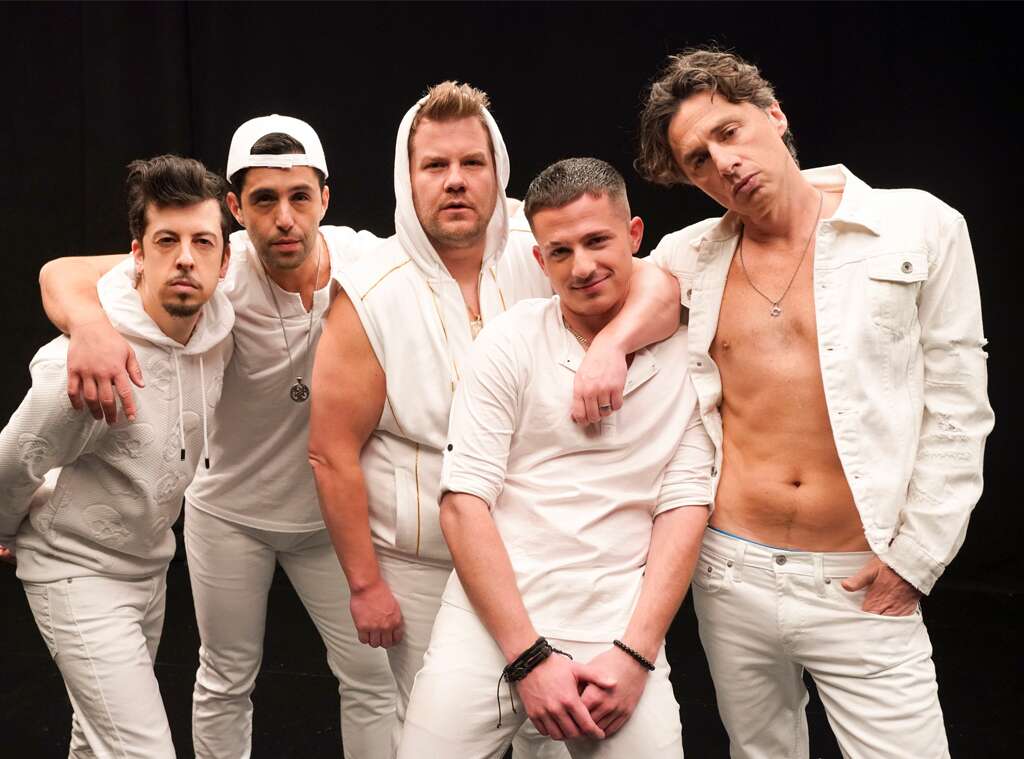 Put on your yarmulke because there’s a new Hanukkah Song!

On Thursday, James Corden gave the world a new Hanukkah anthem on The Late Late Show with the help of stars Zach Braff, Charlie Puth, Josh Peck and Christopher Mintz-Plasse. Forming the supergroup Boyz II Menorah, they debuted the festive music video for their song “A Week and a Day.”

Paying homage to ‘90s boybands and the Jewish festival of lights, the group donned matching white outfits as they celebrated the eight days of Hanukkah.

Picking up where the Superbad star left off, Charlie continued the jam with, “Got a week and a day of presents for a girl that shines brighter than any menorah.” Then, it was time for Zach to show off his singing chops: “When you light the candles, baby, I wanna be there.”

After a velvety-smooth harmony, the quintet detailed what each candle on the menorah signifies as they opened presents. They began, “Candle one: You strike the match and say the blessing / Candle two: Your sparkling eyes reflect the flame / Candle three: Your perfect lips sing out the prayer we’re both expressing / Candle four: You make a latke and you call it my name.”

Taking a spin on a jumbo-sized dreidel, the group moved on to Hanukkah bop’s chorus, which of course, called for a costume change and a choreographed dance number.

“When the world gets sad, our hearts will free us,” Boyz II Menorah sang. “Just like Judas Maccabeus / When you light the candles, baby, I wanna be there.”

Continuing with the next candle, they sang, “Candle five: Oh girl, you spin me like a dreidel / Candle six: You pick me up when I fall down / Candle seven: Then you wrap me up like a blintz and rock me like a cradle / Candle eight: Your eyes are fires that make melt. You’re lovin’ is sweet than Hanukkah gelt.”

Before concluding the song with an epic key change, they treated listeners to some Hanukkah puns. In a seductive voice, the Scrubs star said, “Girl, Baruch Ata—I don’t know how you do it.” Christopher followed with, “Eloheinu Melech Ha-O-love to be with you.”

Watch James, Zach, Charlie, Christopher and Josh transform into the Hanukkah boyband we didn’t know we needed in the video above!