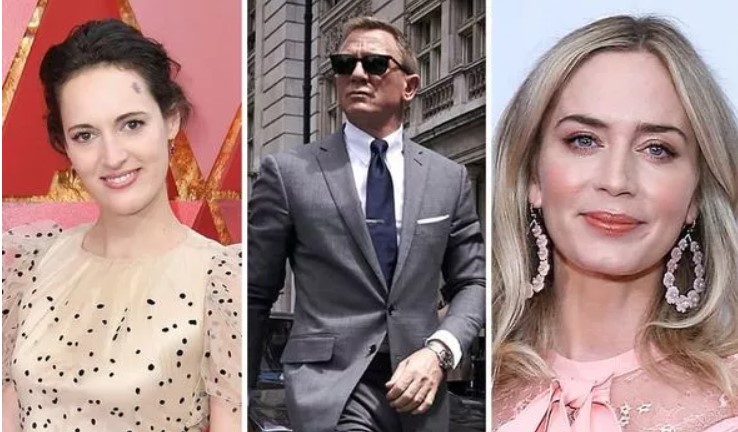 James Bond star Daniel Craig is expected to hang up his gun holster after the next film, No Time To Die. There are many actors in the running to take over, but some stars want to see a woman take over from Craig. The latest in this run of actors is Ben Whishaw, who plays Q in his current incarnation.

Who could play James Bond after Daniel Craig?

At the moment, the field is wide open for potential new Bonds, with both men and women in the running. Actresses who have been named, though they do have long odds with bookies, include Oscar-winner Charlize Theron, and recent Emmy winners Phoebe Waller-Bridge and Jodie Comer. Others in the running include English rose Emily Blunt, Thandie Newton, Claire Foy and Game of Thrones dragon mistress Emilia Clarke.

Even Nick Jonas’ new wife, Priyanka Chopra, is in the running, alongside Guardians of the Galaxy’s Zoe Saldana and Aussie actress Margot Robbie. But despite these ladies taking place in bookies’ odds, there are far more men in the running, with James Norton, Richard Madden and Tom Hardy topping the list, according to SkyBet. At the moment, Norton is at 9/2 while Madden is at 6/1, and Hardy is at 7/1.

Also in the running are Brit Tom Hiddleston at 15/2 and Chris Hemsworth at 12/1. But if it is the case that a “shake-up” is needed for this franchise, it may be that a non-white man takes on the mantle, such as Idris Elba, who is on at 12/1 odds, or Henry Golding, who is of Malaysian ancestry and sits at 12/1 odds as well, according to SkyBet.

In the upcoming film No Time To Die, Lashana Lynch (of Captain Marvel fame) has taken on the number of 007, and will be playing this agent due to Bond’s retirement at the end of Spectre. But this does not mean she will be Bond himself, though it may open the door for a 007 spin-off franchise which follows the agent, whether or not that agent is Bond.

Which James Bond stars are in favour of a female Bond?

Ben Whishaw is the most recent star of the Bond franchise to speak out in favour of a female Bond, telling PA: “Why not? Reinvention of these long-running things is good – it’s essential in fact. So I think it could be amazing.”

He is the latest in a list of others doing the same, with Pierce Brosnan, who took on the mantle for four films, saying: “I think we’ve watched the guys do it for the last 40 years, get out of the way, guys, and put a woman up there.

But he also told The Hollywood Reporter he did not think a female Bond could happen while the Broccoli family are still involved in production, saying: “I don’t think that is going to happen under their watch.”

Even Daniel Craig has not ruled out the idea of a woman taking on the role, saying the casting should be open to everyone.

He said: “I think that ­everybody should be ­considered.

“Also for women and for African Americans, there should be great parts anyway, across the board.”

Lashana Lynch, according to Bond sources, is not the new Bond, and in fact James Bond may try and seduce her when he returns to the MI6 fold, as is his way.