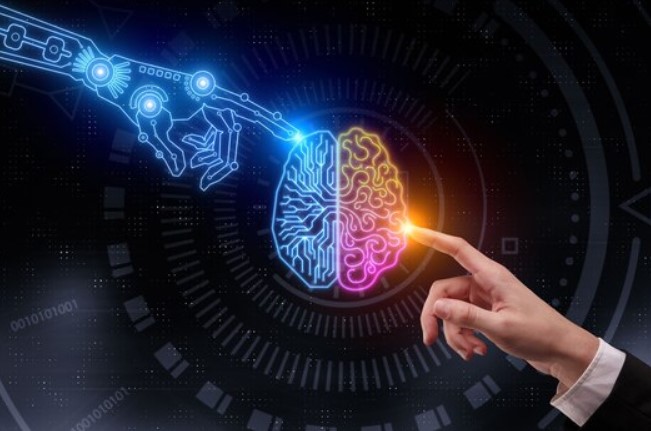 How AI Is Transforming Health Care

Now 12, Bertrand has vibrant eyes, a quick smile, and a love of dolphins. But he nearly died last spring from a runaway infection. He can’t sit up on his own anymore, and he struggles to use his hands to play with toys. Puberty will likely wreak more havoc.

Might, who has a PhD in computer science, has been able to use his professional expertise to change the trajectory of his son’s life. With computational simulation and by digitally combing through vast amounts of data, Might discovered two therapies that have extended Bertrand’s life and improved its quality.

Similar artificial intelligence (AI) enabled Colin Hill to determine which blood cancer patients are likely to gain the most from bone marrow transplants. The company Hill runs, GNS Healthcare, found a genetic signature in some multiple myeloma patients that suggested they would benefit from a transplant. For others, the risky, painful, and expensive procedure would probably only provide false hope.

Hospitals and doctors’ offices collect reams of data on their patients—everything from blood pressure to mobility measures to genetic sequencing. Today, most of that data sits on a computer somewhere, helping no one. But that is slowly changing as computers get better at using AI to find patterns in vast amounts of data and as recording, storing, and analyzing information gets cheaper and easier.

“I think the average patient or future patient is already being touched by AI in health care. They’re just not necessarily aware of it,” says Chris Coburn, chief innovation officer for Partners HealthCare System, a hospital and physicians network based in Boston.

AI has already helped medical administrators and schedulers with billing and making better use of providers’ time—though it still drives many doctors (and patients) crazy because of the tediousness of the work and the time spent typing rather than interacting with the patient. AI remains a little further from reality when it comes to patient care, but “I could not easily name a [health] field that doesn’t have some active work as it relates to AI,” says Coburn, who mentions pathology, radiology, spinal surgery, cardiac surgery, and dermatology, among others.

Might’s and Hill’s stories are forerunners of a coming transformation that will enable the full potential of AI in medicine, they and other experts say. Such digital technology has been transforming other industries for decades—think cell phone traffic apps for commuting or GPS apps that measure weather, wind, and wave action to develop the most fuel-efficient shipping routes across oceans. Though slowed by the need for patient privacy and other factors, AI is finally making real inroads into medical care.

Supporters say AI promises earlier cancer diagnoses and shorter timelines for developing and testing new medications. Natural language processing should allow doctors to detach themselves from their keyboards. Wearable sensors and data analysis will offer a richer view of patients’ health as it unfolds over time.

AI, however, does have its limitations.

Some worry that digitizing medicine will cost people their jobs—for instance, when computers can read medical scans more accurately than people. But there will always be a major role for humans to shape the diagnostic process, says Meera Hameed, MD, chief of the surgical pathology service at Memorial Sloan Kettering Cancer Center in New York City. She says algorithms that can read digital scans will help integrate medical information, such as diagnosis, lab tests, and genetics, so pathologists can decide what to do with that information. “We will be the ones interpreting that data and putting it all together,” she says.

The need for privacy and huge amounts of data remain a challenge for AI in medicine, says Mike Nohaile, PhD, senior vice president of strategy, commercialization, and innovation for pharmaceutical giant Amgen. In large data sets, names are removed, but people can be re-identified today by their genetic code. AI is also greedy for data. While a child can learn the difference between a cat and a dog by seeing a handful of examples, an algorithm might need 50,000 data points to make the same distinction.

Computer scientists who build digital algorithms can also unintentionally introduce racial and demographic bias. Heart attacks might be driven by one factor in one group of people, while in another population, a different factor might be the main cause, Nohaile says. “I don’t want a doctor saying to someone, ‘You’re at no or low risk’ and it’s wrong,” he says. “If it does go wrong, it probably will fall disproportionately on disadvantaged populations.” Also, he says, today, the algorithms used to run AI are often hard to understand and interpret. “I don’t want to trust a black box to make decisions because I don’t know if it’s been biased,” Nohaile says. “We think about that a lot.”

That said, recent advances in digital analysis have enabled computers to draw more meaningful conclusions from large data sets. And the quality of medical information has improved dramatically over the last six years, he says, thanks to the Affordable Care Act, the national insurance program championed by then-President Barack Obama that required providers to digitize their records in order to receive federal reimbursements.

Companies like Amgen are using AI to speed drug development and clinical trials, Nohaile says. Large patient data sets can help companies identify patients who are well suited for research trials, allowing those trials to proceed faster. Researchers can also move more quickly when they have AI to filter and make sense of reams of scientific data. And improvements in natural language processing are boosting the quality of medical records, making analyses more accurate. This will soon help patients better understand their doctor’s instructions and their own condition, Nohaile says.

AI can also help prevent medical mistakes and flag those most at risk for problems, says Robbie Freeman, RN, MS, vice president of clinical innovation at the Mount Sinai Health System in New York. “We know that hospitals are still a place where a lot of avoidable harm can happen,” he says. Freeman’s team at Mount Sinai develops A.I.-powered tools to prevent some of those situations.

One algorithm they created combs through medical records to determine which patients are at increased risk of falling. Notifying the staff of this extra risk means they can take steps to prevent accidents. Freeman says the predictive model his team developed outperforms the previous model by 30% to 40%. They’ve trained another system to identify patients at high risk for malnutrition who might benefit by spending time with a hospital nutritionist. That algorithm “learns” from new data, Freeman says, so if a dietitian visits a patient labeled at-risk and finds no problem, their conclusion refines the model. “This is where AI has tremendous potential,” Freeman says, “to really power the accuracy for the tools we have for keeping patients safe.”

While much of the information in these algorithms was already being collected, it would often go unnoticed. Freeman says that during his six years as a nurse, he frequently felt like he was “documenting into a black hole.” Now, algorithms can evaluate how a patient is changing over time and can reveal a composite picture, rather than identifying 100 different categories of information. “The data was always there, but the algorithms make it actionable,” he says.

Managing such enormous quantities of data remains one of the biggest challenges for AI. At Mount Sinai, Freeman has access to billions of data points—going back to 2010 for 50,000 inpatients a year. Improvements in computing technology have allowed his group to make better use of these data points when designing algorithms. “Every year it gets a little easier and a little less expensive to do,” he says. “I don’t think we could have done it five years ago.” But because algorithms require so much data to make accurate predictions, smaller health systems that don’t have access to this level of data might end up with unreliable or useless results, he warns.

Big Benefits — But A Ways To Go

The improvements in data are beginning to yield benefits to patients, says Hill, chairman, CEO, and co-founder of GNS Healthcare, which is based in Cambridge, Massachusetts. Hill thinks AI algorithms like the one that suggests which patients will benefit from bone marrow transplants has the potential to save millions or more in health care spending by matching patients with therapies that are most likely to help them. Over the next 3 to 5 years, the quality of data will improve even more, he predicts, allowing the seamless combination of information, such as disease treatment with clinical data, such as a patient’s response to medication.

At the moment, Nohaile says the biggest problem with AI in medicine is that people overestimate what it can do. AI is much closer to a spreadsheet than to human intelligence, he says, laughing at the idea that it will rival a doctor or nurse’s abilities anytime soon: “You use a spreadsheet to help the human do a much more efficient and effective job at what they do.” And that, he says, is how people should view AI.