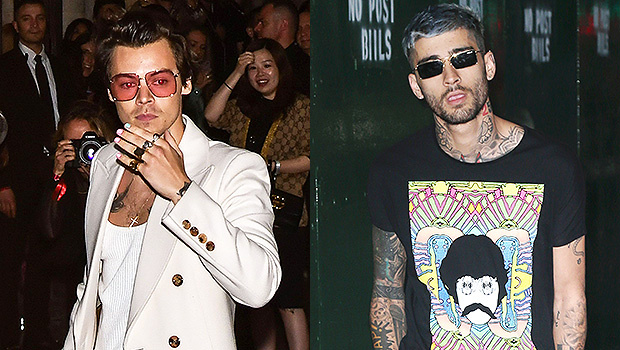 Harry Styles, 25, knew he was playing with fire with his joke about Zayn Malik, 26, on Saturday Night Live — but he has no regrets! “Harry knew what he was getting into when he was joking about Zayn,” a source spills to HollywoodLife EXCLUSIVELY. “There has been issues with Zayn with all of the guys for a long time and this joke was simply innocent fun tinged with some reality. Zayn has always been difficult, so to do that joke was on purpose and Harry doesn’t regret it.” Harry was pulling double duty as host and musical guest on the NBC sketch series Saturday, Nov. 16.

In his opening monologue, Harry referred to his former One Direction bandmates Niall Horan, Louis Tomlinson, and Liam Payne as his brothers then, blanking on Zayn’s name, said “mmm oh — Ringo!” The reference was to legendary Beatles drummer Ringo Starr, who was the first member of the group to walk back in 1968 — similarly, Zayn was the first member to leave 1D in 2015, forcing the group to release their fourth and final album without him. There appeared to be bad blood between Zayn and the group after his exit, as Zayn later said that 1D’s music was “generic as f–k” and that he couldn’t experiment with more of an R&B sound. “[One Direction is] not music that I would listen to,” Zayn, then 22, also added in an interview.

After Harry dropped the zinger on SNL, fans immediately began taking sides on social media — with some defending Zayn and others sticking by Harry! “As much as fans of One Direction might be mad, Harry is not worrying about it and doesn’t expect the joke to come back and haunt him,” the insider continues. “The guys in the band are all in different parts of their life right now, they aren’t getting back together anytime soon or at all. So Harry wanted to do the joke and he will move on with it, if there is a response from Zayn so be it but he is not stressing on it to much.”

Since the group disbanded in 2015, both Zayn and Harry have gone onto have super successful solo careers: Harry is about to drop his second full-length album Fine Line on Dec. 13 — leading with the sexy single “Lights Up” — while Zayn has released two albums: 2016’s Mind of Mine and 2018’s Icarus Falls. So far, Zayn has yet to respond to Harry’s joke.