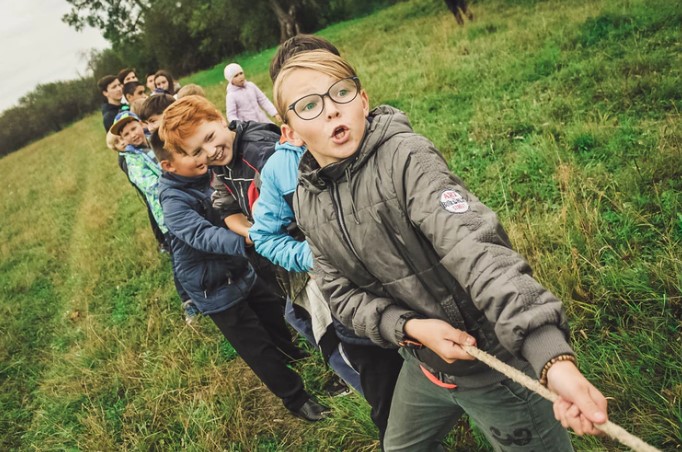 Getting kids into college poses ethical quandary for many

The Justice Department’s recent indictment of dozens of parents for lying, cheating and bribing their way to a spot for their children in college laid bare many layers of societal dysfunction.

The myth of meritocracy in college admissions was exposed, as were the delusions of impunity among the wealthy culprits. Photoshopping your child’s head on top of another, more athletic, child’s body, is not a morally ambiguous act.

The scandal is also forcing us to confront how intense and widespread the college rat race has become. This isn’t just a custom of ultra-rich parents, like those caught up in the scandal. Many upper and middle-income parents go to great, albeit mostly legal, lengths to help get their children into good colleges these days. Tutors and college counselors are bankrolled, as well as years of extracurriculars to help those applications shine.

It’s easy to dismiss these parents as single-minded helicopter parents who want to, and can afford to, remove each and every barrier between their children and success. But for many, the process is an ethically and financially fraught one, over which much deliberation takes place.

The panic over colleges is widespread

Jessica Lahey, a teacher and author of “The Gift of Failure: How the Best Parents Learn to Let Go So Their Children Can Succeed,” said the fear over college admissions is ubiquitous. She frequently visits schools around the country in a wide socioeconomic range, and at nearly all of them she meets parents terrified over their children’s prospects.

“Yes there are hotspots [of fear], mainly because of money and prestige. But parents are feeling this everywhere,” Lahey said.

The wealthier a family is, the more likely they are to use money to address these fears. They do this through tutors and counselors, as well as by trying to assert their influence through college alumni networks and making demands at their children’s high schools.

Contributing factors to this panic include the aggressive tactics used by colleges to recruit applicants (all so they can publicize low acceptance rates), concerns over rising income inequality and a desire to secure one’s child’s economic future in a rapidly changing labor market, and, a perennial, vanity. Are parents looking for the best college for their child, the one that will nourish and inspire them? Or are parents looking for the best bumper sticker for the back of their car?

Opting out the rat race is complicated

But just because a system feels broken, doesn’t mean it’s possible to quit it cold turkey. David, (who, like the other parents spoken to for this story, prefers not to use his last name in order to protect his child’s identity) a parent in South Philadelphia, said that he was reluctant to spend a total of $7,000 dollars on SAT prep and a college counselor for his teenager. He didn’t like the idea of giving his son an advantage that others are denied.

“If you are an upper or middleclass family, and if you can scrounge up a couple of thousand dollars to give your kid an advantage, it is hard to say ‘no,’ ” he said. “On one side, you want the world to be a meritocracy. But at the same time, you have a moral imperative to do what you can for your kids and educate them to the best of your ability. This is a Talmudic, which is to say complicated, question.”

After much deliberation, David realized that if he denied his son this help, nobody would benefit from it, and his son would get hurt.

“Is there a societal good if my kid drifts downward? Maybe someone could make the argument that if my kid slides back it would give someone else a shot. But it’s not so clean,” he said. “Odds are, in the world we live in, with the table so slanted towards the wealthy, that those resources are going to move to the people who already have more.”

David said his fantasy fix for all this is for someone to outlaw test prep, college counselors and all the other tools well-off families use to help their kids secure a spot at top schools. His realistic solution is for parents to feel okay doing what they can for their kids, legally, of course, and then “getting off their asses and doing what they can for other [less-advantaged] kids.”

For Teresa, a parent of a teen in the San Francisco Bay area, her participation in what could be considered the college rat race is part of a larger, practical financial equation. She and her husband are financially secure, but paying for full-tuition for an out-of-state school or a private school is out-of-bounds. They see their current investment in their son, including a music tutor who costs them $80 a week, as a way to potentially pay less for college in the future. Ideally, this would mean a spot in the highly competitive, public University of California system, or a scholarship to a private college. “If we put in a little money now, we could save a lot in the future,” she said.

Also, as dual working parents, they don’t have the bandwidth to take on the time-intensive work involved in test-prep and college counseling. “I don’t begrudge anyone who outsources this, because it might be the best thing for their family. You already have enough fights with your high school student as it is,” she said, adding that she would never cross the line of paying someone to write his college essay or writing it herself.

Esther, a mom of a teenage son in Los Angeles, said she sees the latest scandal, and the widespread hysteria over college acceptance that surrounds it, as a way to teach her son about intrinsic motivation.

“Life is so competitive, especially in Los Angeles, and I do feel that the ugly truth is that people with money or power just get ahead easily,” she said. “But I do feel that this [type of competition] is life and it will always happen in some form or another.”

“An important lesson from this to teach your kids is that sometimes life is just not fair. You have to do your best and that’s all you can do.” Esther said she and her husband will do what they can to help their son, while accepting the fact that many other parents will do a whole lot more for their children.

Parenting is, in many ways, an ethical mess. It’s often difficult, if not impossible, to reconcile the needs of a child with the good of the common. Lines can and should be drawn, with lying and cheating clearly marked as unacceptable behavior. Still, even with those boundaries in place, there will always be a gray area, a slippery slope of calculations and dreams that lead to difficult conversations and decisions.

Ultimately, the college application process is part of our children’s education, and not just a bridge to it. Did they get into college because their parents pulled every possible string on their behalf? Or, by following their passion and working hard, perhaps combined with some assistance from their parents?

Did their parents explain the ethical complexity of the admissions process, and how some kids are destined for top schools while many others never had a shot? Or, did their parents lead their children to believe that their success is an exclusive and direct result of their talent?

How our children get into college, and what they know about that process, can influence them as much as what they end up learning there.