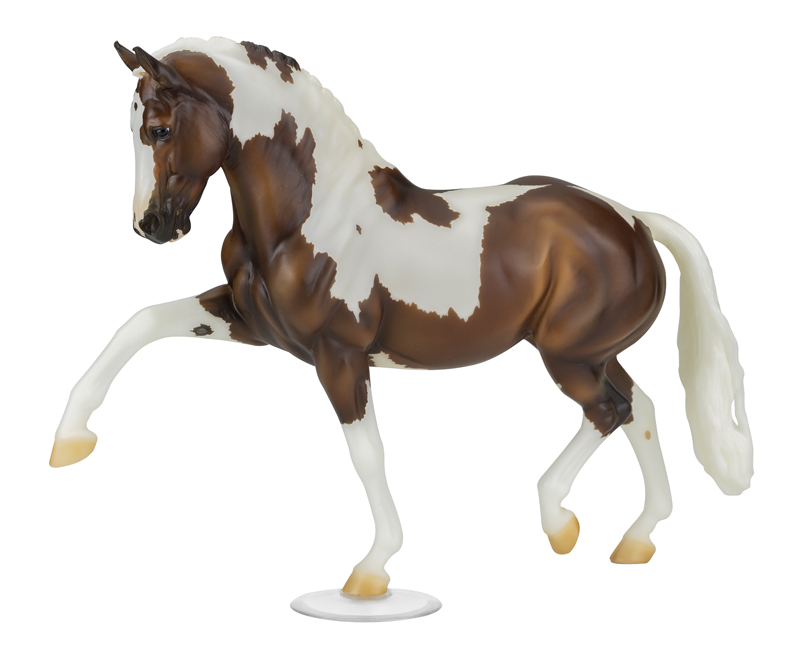 From Untacked: From Stable To Shelf

Most riders can remember the major firsts in their equestrian life: first time cantering and jumping, first competition, first blue ribbon. But before those milestones occur, there’s often another important event in the life of a horse-crazy child: The day a young person gets a first Breyer horse model. While any horse figurine is a draw to a child, those created to honor equine celebrities are even more special.

Macejko estimates that Breyer produces between six and 10 portrait models—those created in honor of real-life famous horses—a year. The company’s product line spans a variety of disciplines and breeds, so part of the decision-making process is evaluating how a particular horse would fit in with the existing balance.

“We might determine, ‘This year we need to make sure we highlight a show jumper,’ ” she says. “And if every great horse one year is a bay, we’re going to say, ‘OK, in this year’s selection, we need a pop of color.’ We want to highlight the top horses, but we also want to show some diversity within the horse world. Sometimes kids who don’t know all the horse’s credentials will look at a pinto or an Appaloosa and think, ‘I’m in love,’ and that’s their entry into the horse world.”

Macejko said staff members are always on the lookout for inspiring horses, and they’re open to submissions from the public. The final decision comes down to a handful of factors, including a horse’s story, their impact, and the makeup of the rest of the product line for that year.

“We’re trying to look at the horse industry as a whole,” she says. “We do our own research, and then people send in recommendations, whether it’s an association that says, ‘Hey, there’s some really top horses we’d like you to consider,’ or individuals and fans who will write in sometimes like, ‘Oh my gosh, you really need to do a model of this horse.’ ”

Once a horse has been approved, it’s matched with an existing mold, and then artists go to work perfecting the horse’s colors and markings. Every model is hand painted. Occasionally Breyer will work with a sculptor to create a new mold, as it did for Valegro’s portrait model, which was sculpted by Brigitte Eberl.

“We generally don’t do new sculptures simply because of the expense. It’s a significant investment for us,” said Macejko. “But if it’s a legendary horse like Valegro, who became so dominant in dressage—we had the opportunity to go take some photo and video and have our sculptor there, so she was really able to capture his personality. We had a lot of input with Carl Hester and the groom [Alan Davies] in helping to provide the little things.