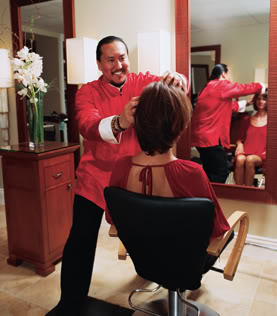 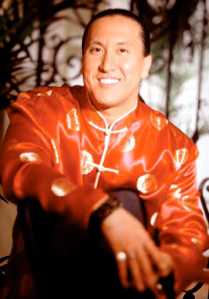 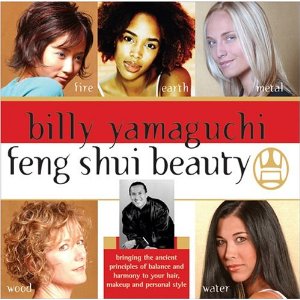 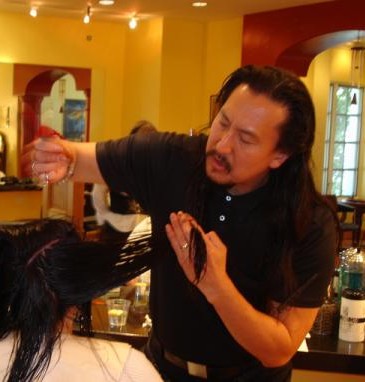 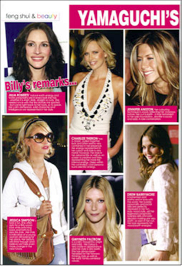 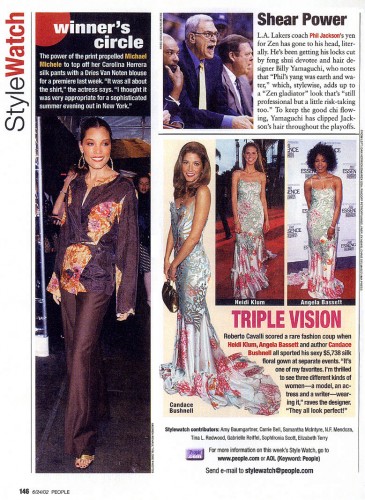 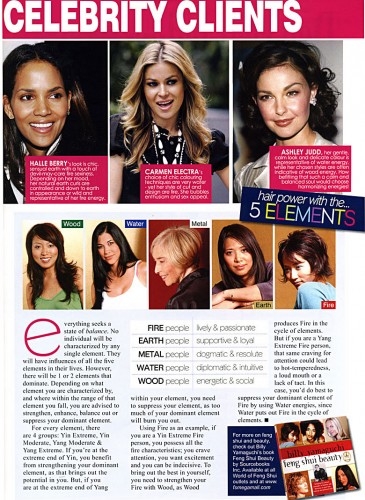 Are you looking for harmony and relaxation? Then there is nothing better than to spend a day in the Four Seasons Hotel in Billy Yamaguichi’s Salon in Westlake Village.

Billy Yamaguchi has developed a series of salons that offer unsurpassed

services in luxurious settings. With California locations in Ventura, Four Seasons Hotel in
Westlake Village, and Del Coronado Hotel on Coronado Island, the salons exemplify the holistic
and Feng Shui principles that guide his vision of beauty and wellness. Billy is featured monthly as
guest artist at Lake Austin Spa Resort in Texas, La Costa Resort and Spa, Carlsbad, California,
Maui, Hawaii as well as other luxury resorts in the United States and Bahamas. More than ten years
ago, Billy began his study of Feng Shui and a quest to wed this philosophy to his training in the
Western tradition of hair design. He was the first to adapt Feng Shui techniques and products to the
Beauty Industry.

During the course of his twenty-year career, Billy has participated in countless fashion shows, photo
and make-up shoots and television commercials. He has served as international spokesperson for
Schwarzkopf and platform artist for Artease Hair Color Companies. He has conducted educational
classes throughout the United States and abroad—Europe, Asia, South America, North America,
Australia, New Zealand and South Africa. He has brought the fundamentals of hair artistry and the
Feng Shui beauty principles to a worldwide community of stylists. He also speaks about the
importance of “The First 3-second Impression” for Corporate Events, Civic Organizations, and
Health, Beauty, and Wellness events throughout the United States.
As the author of two published books, Billy spreads his message of honoring the individual through
national and international media publications, television and radio shows. He was selected as a top
colorist internationally by HairColor USA and cited as one of the twenty-five most influential
educators of the century. Beauty editors listed his salons among the top five salons in California as
well as one of the top twenty salons in the USA. Billy has made numerous appearances on national
and international television shows: ABC, CBS, and KCAL News, CNN, Style Network, E!
Entertainment, Fuji TV, Early Morning Show Tokyo TV, Early Morning Show, Dr. Phil Show and
Queer Eye for the Straight Guy.
The Yamaguchi Hair Therapy product line features botanically based and essential oil ingredients.
InnerChi Organic Oil in the five Feng Shui elements, features a shift to organic formulations with
organic ingredients and essential oils.
Billy Yamaguchi and his wife, Melissa co-owner and international motivational speaker, reside in
California with their two children.

Four Season Salon offers spa, manicure and pedicure. You will be able to express yourself with Crystal and Jasmine.

The Salon will not only enrich your outside beauty, but will leave you feeling incredibly light and relaxed on the inside as well.

One thing is for certain, just one visit in the Four Season Salon guarantees that you will change for the better, no matter your age. The positive energy that you will keep from the experience is truly priceless