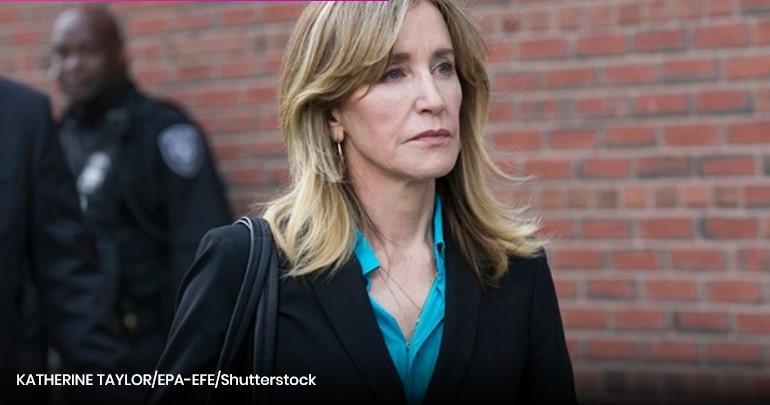 Felicity Huffman has reported to prison for her 14-day sentence after being convicted of felony fraud charges on September 13 for her involvement in the college admissions scandal, aka Operation Varsity Blues. The actress was found guilty after paying a test proctor $15,000 to inflate her daughter, Sophia Macy‘s SAT scores to get her into a better college. Following her two weeks in prison, Huffman will go on probation and complete hundreds of hours of community service. She has already paid a $30,000 fine as part of her sentencing. The Desperate Housewives star’s rep provided a statement to HollywoodLife:

“Felicity Huffman reported today for sentencing to the Federal Correctional Institution in Dublin, CA. Ms. Huffman is prepared to serve the term of imprisonment Judge [Indira] Talwani ordered as one part of the punishment she imposed for Ms. Huffman’s actions. She will begin serving the remainder of the sentence Judge Talwani imposed—one year of supervised release, with conditions including 250 hours of community service—when she is released.” A source told HollywoodLife EXCLUSIVELY following Felicity’s September sentencing how she really feels about her daunting two weeks in prison.

“Felicity is not complaining about her sentence, she is being very stoic but that doesn’t mean she’s not scared,” the source said. “Two weeks locked up is very daunting. She is doing her best to mentally prepare and is very focused on putting one foot in front of the other and fulfilling the demands of the court.” A second source added that, “Felicity is going to look back at this time as a learning process, a moment that isn’t going to define her but something that will be a moment she can question herself to do better.”