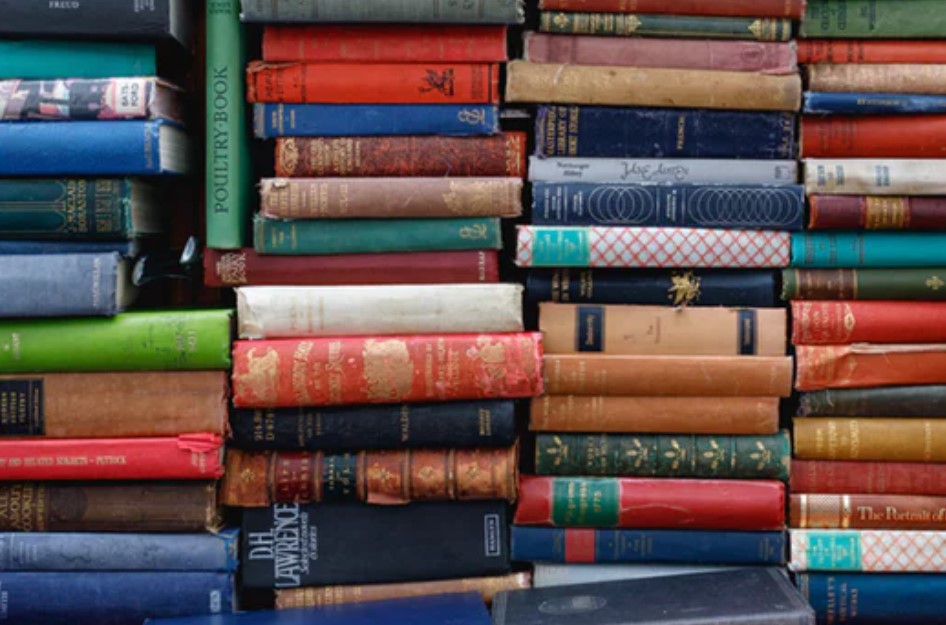 Fact Behind the Fiction: The Book That Inspired George Orwell’s 1984

1984, the dystopian novel by George Orwell, gets namechecked a lot these days. Revelations of widespread surveillance and the proliferation of fake news summon parallels to the distorted truth and rewritten history of the novel’s warring police states.

Orwell, whose real name was Eric Arthur Blair, was an author, essayist, and critic best remembered for his novels Animal Farm (1945) and the aforementioned 1984 (1949), a chilling, anti-totalitarian work that has had a profound effect on modern culture. Concepts from the novel such as Big Brother, newspeak and the Thought Police are now part of how we understand social and political abuses. Orwell’s preoccupations which gave rise to these works were largely drawn from personal experience. A member of the Workers’ Party of Marxist Unification (POUM) which fought against fascism during the Spanish Civil War, he grew disillusioned with communism, leading him to strongly oppose totalitarianism whether from the right or the left.

His opposition to communism was first expressed in his book Homage to Catalonia (1938) and in a letter from 1944, Orwell wrote of totalitarianism and leader worship saying ‘I must say I believe, or fear, that taking the world as a whole these things are on the increase.’ In this letter he goes on to mention ‘dictatorial methods, secret police, [and the] systematic falsification of history’, all elements present in 1984. His concerns about Nazism, Stalinism, and the devastating effects of the atomic bomb in 1945 were huge influences on the post-atomic society of Orwell’s novel. Along with personal experience and anxieties, Orwell drew on concepts from a number of nonfiction sources. The Managerial Revolution: What is Happening in the World? by James Burnham (1941) is a text the George Orwell Society have identified as an influence on 1984. It’s a text Orwell engaged with himself, publishing a response in the form of a pamphlet entitled ‘James Burnham and the Managerial Revolution’ in 1946, shortly after the piece had appeared as a journal article under a different title. It had a print run of 3,000 copies and was printed by the Socialist Book Centre.

Burnham had been a member of the Trotskyite faction of the international communist movement, but became disillusioned with communism and socialism. He saw the example of communism in Russia as ultimately unsuccessful and rejected the idea that communism would succeed capitalism after the war. His bestselling book The Managerial Revolution: What is Happening in the World? (1941) shows great foresight as he looks to the economic future. Written during World War Two, the way this book critiques capitalism and the passing of power into the hands of managers remains relevant today, much like Orwell’s 1984.

Burnham was writing at a time of huge political, economic and social upheaval and there was great uncertainty around the survival of the capitalist system. Burnham proposes that a managerial society will rise, with managers displacing capitalists from their positions of power in the mid-twentieth century economy. While more and more companies and industries would come under the control of the government, managers would still effectively control the means of production and thus have power. These managers and the bureaucrats running the states would become the new ruling class. The influence of this text on 1984 is present in Orwell’s superstates (Oceania, Eurasia, and Eastasia) and the fact that it was the managers and industrialists who would become the ruling class.

Democratic Ideals and Reality: A Study in the Politics of Reconstruction, by Halford Mackinder (1919) published shortly after World War One is another text emerging from a time of disruption and social change. Mackinder is considering large populations across Europe, and the fragmentation of society. Mackinder warns against complacency and thinking of peace after World War One as being permanent, foretelling that ‘international tension will accumulate again.’ He poses the question ‘[c]an we establish such a world power as shall suffice to keep the law between great and small states, and yet shall not grow into a world tyranny?’ and foresaw the rise of dictatorship in Germany. His book was published during the time of the Paris Peace Conference, which resulted in a plan to separate Russia and Germany, in a manner much as Mackinder had proposed. These questions of the power and influence of nation states and what the fragmentation and dispersion of society are relevant to 1984 also. Thus, a combination of personal experiences, world events, and nonfiction sources can be seen to have influenced 1984, an enduring vision of surveillance, totalitarianism, and political abuses that remains chillingly relevant.