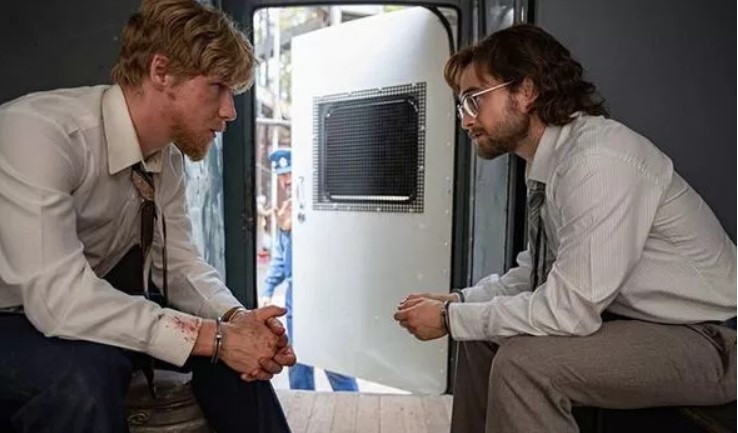 When is the release date for Escape from Pretoria?

Escape from Pretoria is out on digital rental and in cinemas on March 6. The film is only having limited release in the UK, USA and some other countries across the world, but most people will be able to see the film from March 6. Escape from Pretoria will also be available to rent as well as a cinematic release, with iTunes, Sky Store, Amazon and Virgin hosting the film. From April 20, the movie will be available to buy digitally and on DVD and Blu-ray.

What is Escape from Pretoria about?

“After months of meticulous surveillance, breath-taking ingenuity, and in a race against time as the authorities strengthen the prison security defences, the group craft wooden keys for each of the 10 steel doors separating them from the main door and freedom.”

Who is in the cast of Escape from Pretoria?

Daniel Radcliffe is the leading man in Escape from Pretoria as Tim Jenkin, on whose memoirs the film is based. Jenkin is one of the three political prisoners who escaped jail in South Africa in 1979, with Daniel Webber playing Stephen Lee, one of the escapees, and Ian Hart plays Denis Goldberg, another prisoner who opted not to join the escape. Mark Leonard Winter plays Leonard Fontaine and Nathan Page plays Mongo. Grant Piro plays Captain Schnepel, Adam Ovidia plays Van Zadelhoff and Tim Jenkin himself has a cameo as a prisoner in the jail’s waiting room.

Is there a trailer for Escape from Pretoria?

There is a trailer, which shows the thrilling escape of Jenkin and Lee, and the terrible journey they had to go through.

What do critics think of Escape from Pretoria?

Critics have given the film an aggregate score of 83 percent on Rotten Tomatoes, meaning it has had fairly good reviews from critics. Ben Travis from Empire said: “Despite an inherently cinematic story and some effective sequences, Escape From Pretoria struggles to transcend a clunky, one-dimensional script.” Sadly Empire gave the film a score of two our of five, while HeyUGuys gave the film four out of five.

Freda Cooper from the publication said: “A testament to the human spirit coupled with sweaty, relentless tension. An intelligent thriller which is more than just another prison escape movie.”