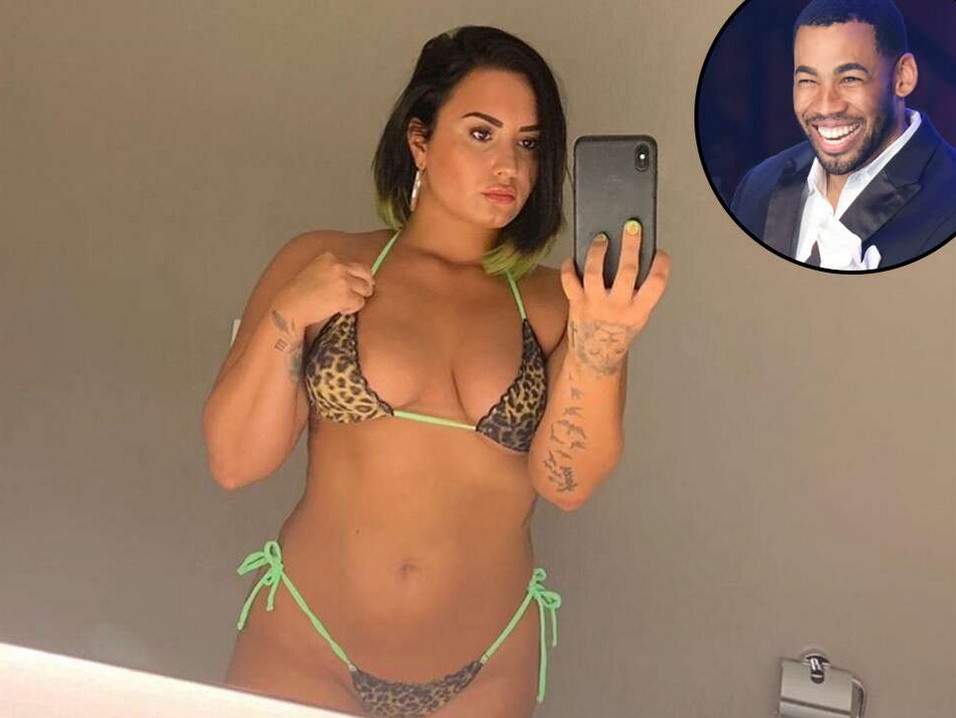 Bachelor Nation’s Mike Johnson appears to be totally into Demi Lovato—the real Demi Lovato. The 27-year-old pop star posted on her Instagram page on Saturday night a couple of mirror selfies of herself modeling a string leopard and neon green bikini, writing, “No photoshop pls & thank u. Also big thanks to @izabelag4 & @maremareswimw for my new fav bikini… y’all know my thing for leopard print bikinis and now of course lime green.”

Johnson, who has sparked romance rumors with Lovato lately, was among more than 3.4 million people who liked Lovato’s post. The Bachelorette season 15 and Bachelor in Paradise season six star and Air Force veteran and the singer have gotten flirty on social media lately and a source told E! News on Saturday that they recently went on a date.

“It’s been going well,” the insider said. “They seem to have a lot in common and are just enjoying getting to know each other.”

Earlier this month, Lovato posted a photo of herself wearing a different leopard-print bikini, writing, “This is my biggest fear. A photo of me in a bikini unedited. And guess what, it’s CELLULIT!!!! I’m just literally sooooo tired of being ashamed of my body, editing it (yes the other bikini pics were edited – and I hate that I did that but it’s the truth) so that others think I’m THEIR idea of what beautiful is, but it’s just not me. This is what I got.”

“I want this new chapter in my life to be about being authentic to who I am rather than trying to meet someone else’s standards,” she continued. “So here’s me, unashamed, unafraid and proud to own a body that has fought through so much and will continue to amaze me when I hopefully give birth one day.”

Johnson, 31, commented, “Look at me like that again…love yaself.” Lovato replied with a kissy face and tongue face emoji.