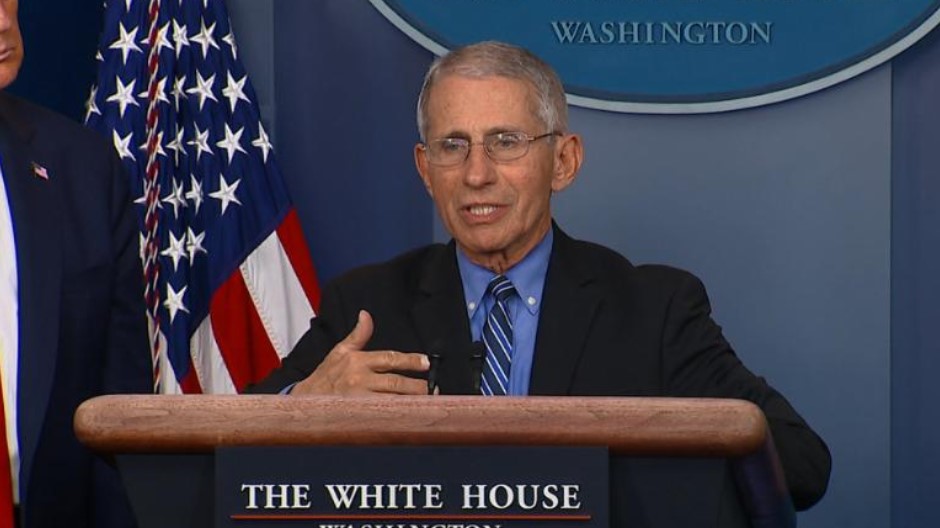 Coronavirus deaths in the US could reach peak in three weeks, epidemiologist says

A leading epidemiologist advising the US Centers for Disease Control and Prevention has estimated the peak of deaths in the US coronavirus pandemic will be three weeks from now, after which “most of the damage will be done,” and says it may be possible to only isolate the vulnerable, allowing many back to work. The CDC confirmed that Ira Longini, professor at the Center for Statistics and Quantitative Infectious Diseases at the University of Florida, is a “funded partner.” The agency said he works with them on Covid-19 modeling.

Modeling is not precise, and uses known data to project trends in disease spread, and there were dissenting opinions expressed to CNN about Longini’s analysis. Yet two other disease experts broadly agreed with the estimate.

Longini’s suggestion that US deaths could peak in less than a month will have two possible impacts. First, a sudden surge in deaths risks overwhelming health care systems that are currently struggling to prepare for cases needing intensive care. Secondly and conversely, it could support calls — echoed by President Trump — to reduce restrictions on movement in the coming weeks.

Longini said: “I would guess the US will hit a peak in deaths in the next two-three weeks, as the doubling time seems to be about two-three days.” He added: “Maybe a partial lifting of the shelter-in-place for those less vulnerable may make some sense, in about three weeks. By then, much of the damage will have been done.”

Asked if there could be a risk of a relapse when the virus circulated again in the following weeks, he said: “If it were limited, and we continued to protect the most vulnerable, that may be acceptable for now. Also, let’s see what happens in the next two-three weeks. We can also keep an eye on China as they begin to relax restrictions there.”

The two other experts who broadly agreed with Longini offered slight variations on his projection, and both noted that the outbreaks are hitting each US community in a different way.

“My notions are harmonious in that I also anticipate … (the next) three to six weeks will be critical here in the United States,” he said. He added it might take six weeks as the US is a “very diverse country with a hot spot in New York right now and warm spots. The rest of the country is warming up. In the next three to six weeks, all those areas will start to surge or will have their curve depressed or blunted by the social distancing that’s going on. The virus will tell us.”

He said he was more skeptical about the United States being able to lift restrictions on only part of the population. “Asking a subset to remain sheltered in place, to remain in home, that’s more difficult to do,” he said by phone.

A second expert agreed broadly. Dr. Arnold Monto, a professor of epidemiology at the University of Michigan School of Public Health, said by email: “I agree that by 3 weeks, we will have a better idea of what is going to happen going forward. The outbreaks seem to be hitting different communities at different times and at different intensities, so it is hard to generalize However, I agree in general. And that is why action now in terms of social distancing is so important.”

Epidemiology has informed US, UK and other government policy as it provides informed guesses as to where and how fast infections are spreading. A recent sharpening of US and UK restrictions was, for example, based on modeling from the UK’s Imperial College, which significantly worsened its prediction of how many people would require intensive care in hospital, using data from Italy.

Peak is ‘impossible to predict,’ another expert says

One disease modeler said it was “impossible to predict” when the peak would hit.

Dr. Stefan Flasche, a disease modeler at The London School of Hygiene & Tropical Medicine, told CNN by email the peak was influenced by the efficiency of lockdown measures, and “may be anywhere between some time very soon and not for another few months.”

“One scenario is we can indeed reverse the spread as done in China and South Korea, then reach a point to lift the distancing measures,” Flasche said. “But (we may) have to repeat this cycle for a few times because of an inevitable resurgence of cases in the absence of population immunity. In that scenario, we would see multiple peaks in the upcoming 12 months.”

President Donald Trump has said his desire to lift measures as quickly as possible is motivated by a desire to get the American economy moving again. He has expressed a belief that the economy could experience a “v” shaped, ultra-fast recovery. Yet one economist expressed doubt recovery could be that fast-paced and warned that snapping back in and out of restrictions could cause greater damage.

Erin Strumpf, a professor of economics at McGill University, told CNN: “Nothing suggests that we could just ‘snap back’ to life as it was before. We’re taking concrete actions to lower the probability of an uncertain outcome.”

She cautioned that it’s hard to put a price on the uncertainty — and deaths — that might occur were the government to begin loosening restrictions. “Markets, investors, and economies don’t do well in the context of panic and uncertainty,” she said. “The people that are going to be dying from coronavirus are going to be very visible. We are going to know exactly who those people are. That changes the discussion a lot.”