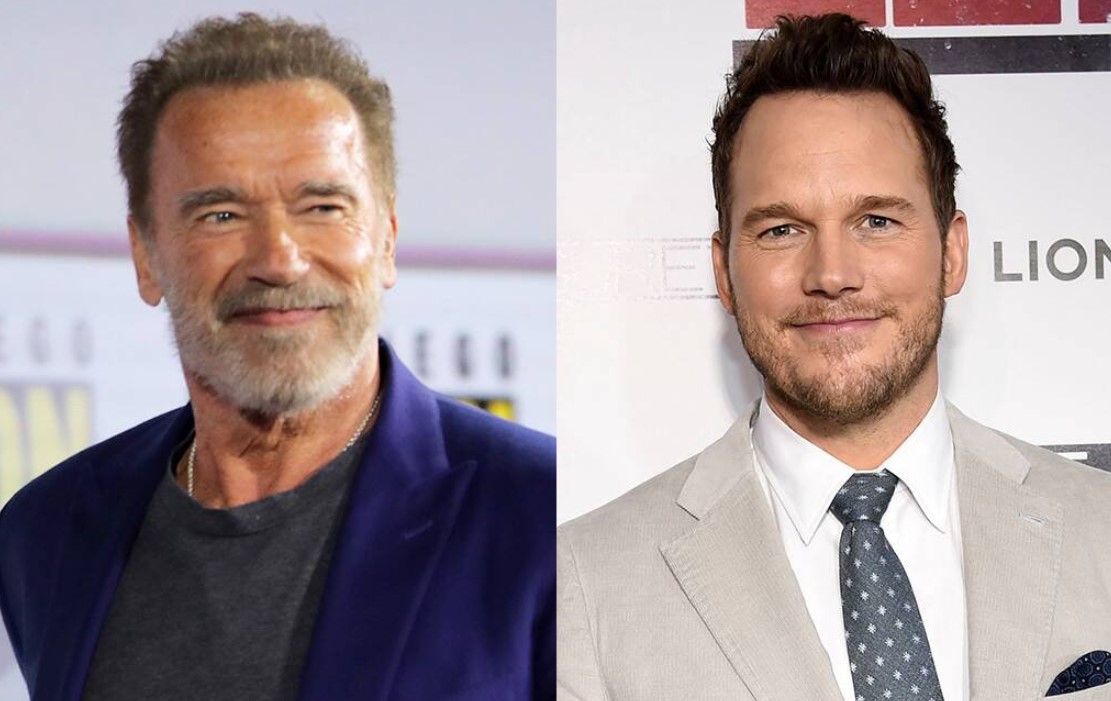 Chris Pratt Had to Earn Arnold Schwarzenegger’s Approval At the Gym, Of Course

The Schwarzenegger’s just added another action star to the family. Back in June, Katherine Schwarzenegger married Chris Pratt—and dad Arnold Schwarzeneggerwelcomed him with open arms. Well, after doing some comparisons first.

“I was, like, blown away when my daughter was telling me that she was going out with him,” the Terminator actor raved about the Avengers star on Monday night’s Jimmy Kimmel Live. “Because, I say to myself, ‘You have to be so competitive? Do you have to have a guy that’s taller than me? That is bigger than me? That is doing bigger movies than me? And all this kind of stuff. That makes more money than me? What is going on here?'”

Still, Chris was eager to get to know and prove himself to his future father-in-law.

“Of course, the first thing when we met, he says, ‘Can we ever work out together? I need to have the inside scoop to the pumping iron,'” the former bodybuilder recalled to host Jimmy Kimmel. “So I took him to the gym and we worked out.”

And funnily enough, it was in the gym that the 72-year-old determined Chris was fit to marry his daughter.

“He’s a strong guy, there’s no two ways about it,” he admitted. “I’m very proud of him…When I watched him make these moves in the gym, you know, the incline press specifically did it. Why I wanted him to become my son-in-law, it was the incline press.”

Now, the two superstars get along great (they even go on double dates!). And given that Arnold is still making movies, maybe this duo will join forces to make one epic action flick!