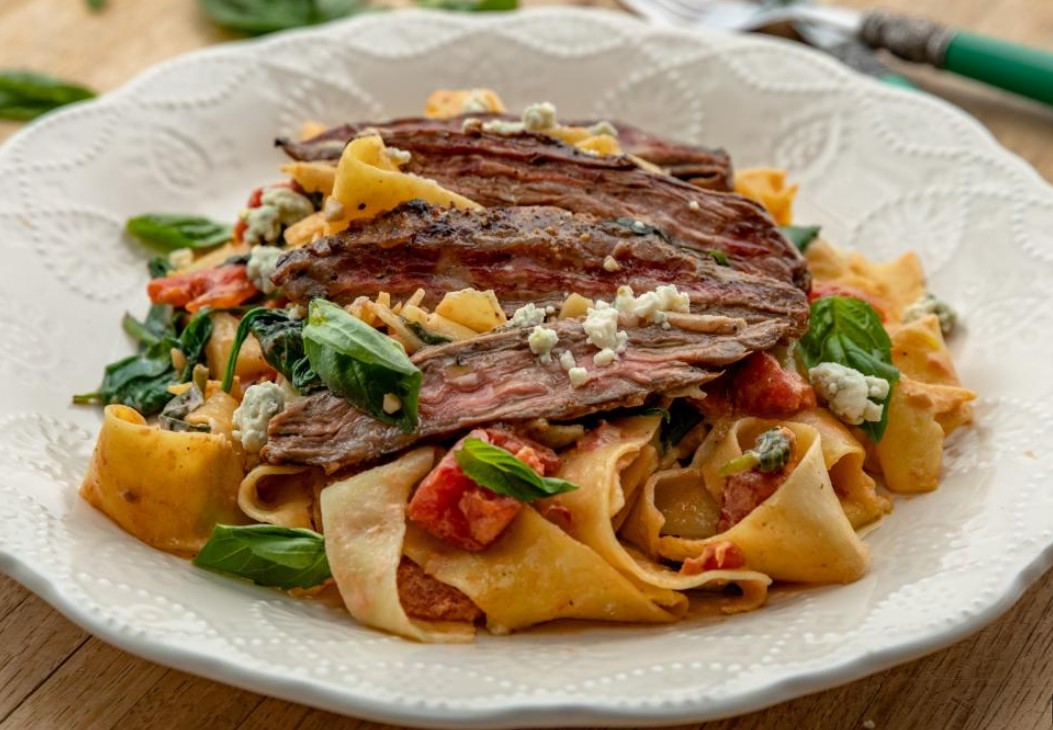 Can What You Eat Help Manage Your Moods?

Could eating a diet rich in leafy greens and seafood help manage your moods? Research points to yes. In fact, there’s a growing field of science called nutritional psychiatry that focuses on how your diet affects your mental health.

“Better diet quality, no matter which way you measure it, is associated with an approximate 30% reduction in the risk for depression,” says Felice Jacka, PhD, director of the Food and Mood Centre at Deakin University in Australia and president of the International Society for Nutritional Psychiatry Research. She’s also written a book on the subject, Brain Changer: The Good Mental Health Diet.

In September, an analysis of 26 previous studies found that psychiatry, along with following a Mediterranean diet full of green vegetables, fruits, nuts, beans, olive oil, and seafood could ease symptoms of depression. It also found that people who ate more meat, dairy, and processed foods had a higher risk of becoming depressed. Of the 26 studies included, only a handful showed no relation between diet and mental health. And a small randomized controlled trial, published a few weeks ago, found that college students with symptoms of depression saw their mood improve in just 3 weeks on a similar diet. That type of trial is considered the “gold standard” among researchers.

But before you toss your antidepressant and run to the nearest farmers market: None of this research suggests that diet alone can cure or prevent depression. The idea is that improving your diet gives you a strong foundation for healing, no matter what other treatments you may try.

“You start talking about zucchini, and people think it means they should stop taking Zoloft,” says Drew Ramsey, MD, an assistant clinical professor of psychiatry at Columbia University College of Physicians and Surgeons and founder of the Brain Food Clinic in New York City. “Because of stigma, people prefer not to be taking medication. They make this leap that everything can be changed with foods. Medication should be discussed with a professional.”

This Is Your Brain on Food

Scientists have been examining the effects of nutrients on mental health for decades, but the idea that your diet matters more is relatively new. “We know on a common-sense level that our brains need nourishment,” says Ramsey. “And we increasingly understand that the American diet is horrible for our health, and horrible for our mental health.”

He and a colleague came up with what they call the Antidepressant Food Score, based on nutrients that have antidepressant qualities. Foods that contain the highest amounts of these nutrients include bivalves like oysters and clams, as well as leafy greens like watercress and spinach. “But individual foods aren’t the intention,” Ramsey says. He also prescribes a rainbow of vegetables, seafood, nuts, seeds, beans, and fermented foods. Yes, it’s similar to the Mediterranean diet.

Jennie McCarthy, an attorney in New York, took Ramsey’s e-course “Eat to Beat Depression” 2 years ago. With a history of bipolar disorder and type 2 diabetes in her family, she wanted to do what she could to preserve her health. Since taking the course, she’s tried to follow his recommendations.

A typical day for her includes greens at all three meals; fish like salmon or cod; beans; red, orange, or yellow vegetables; fruit; nuts; plus a probiotic supplement and fish oil capsules. It’s not the easiest plan for socializing, but McCarthy knows that perfection isn’t the goal. So she’ll join friends for a night out, expecting to feel sluggish the next day — a food hangover.

“I notice a huge difference in my energy level, and tolerance for things going on at work, when I’m on track,” McCarthy says. “This year, I haven’t had a bout of the blues, haven’t needed a mental health day. I don’t have the anger, stress, anxiety.”

Not everybody is sold on the merits of the Mediterranean diet for fighting depression, or at least not for depression that hasn’t responded to other treatments. Chris Palmer, MD, is director of the Department of Postgraduate and Continuing Education at McLean Hospital in Belmont, MA, and an assistant professor of psychiatry at Harvard Medical School. “The evidence that we can effectively treat patients with clinical depression with dietary intervention is marginal at best,” he says. “Part of it is that these are really difficult things to study, because you can tell a patient to eat more fruits and vegetables, eat less junk food, but actually understanding what they’re eating is almost impossible — we can’t know what they really did.”

That problem comes up frequently with studies that examine how diet affects human health: Because it may take years to see the impact, you can’t do these studies under controlled, laboratory conditions. Instead, researchers rely on people’s reports of what they ate, which might be flawed or biased. (For instance, if you ate a whole box of cookies while in a diet study, you may be too embarrassed to mention it.)

Palmer’s research focuses on how a ketogenic diet — one with large amounts of healthy fat, moderate amounts of protein, and very few carbohydrates — changes the energy source for brain cells. He says this may help patients with treatment-resistant depression. And unlike the broader Mediterranean plan, a ketogenic diet produces markers that can be measured in urine. Researchers can tell if people taking part in the study are sticking to its rules.

“The simplest way to think about [the keto diet’s effect] is if a brain cell is having trouble with its fuel source, it’s not going to work right,” he says. “It doesn’t secrete enough serotonin [a chemical in the brain related to mood]. And a relative serotonin deficiency is one of the leading theories for what causes depression.”

The keto diet that Palmer uses isn’t the same one making waves on Instagram. It’s a rigorous, medically supervised program. The diet can cause serious side effects in the first few weeks, including “keto flu,” or may change how medications work, he says. People taking blood pressure drugs might have low blood pressure, for example.

“If people try it on their own but don’t understand, they may give up, believing it’s hopeless when they never really tried the intervention to begin with,” he says. “Serious mental disorders deserve and need competent medical supervision and help. It’s not a DIY project.”

Partly because nutritional psychiatry is still a new field of study and partly because it’s so hard to track what people eat during long-term research, scientists aren’t sure how your diet affects your mental health. But they’re zeroing in on one promising area: your gut microbiome.

“Of the more than 20 studies we are currently running at the Food and Mood Centre, 15 of these have a central focus on the human gut microbiota,” says Jacka.

Because your gut processes everything you eat, it’s deeply — and quickly — affected by your diet. The balance of microbes changes in response to whatever passes through. It influences your immune and metabolic systems as well as your brain’s behavior.

“The challenge is there are trillions of microorganisms in our guts, and right now nobody can say which are good, which are bad,” says Palmer. So, while taking a probiotic supplement may be helpful, eating foods that support gut health seems to make more sense.

What does the microbiome depend on? “Plants and fermented foods,” says Ramsey. “And Americans don’t eat a lot of those.”

So, What Should You Eat?

Whether you have depression, a family history of it, or just want to smooth out your mood swings, some evidence suggests that changing your diet can help.

If you want to make a change today, without medical supervision, Jacka and Ramsey encourage people to eat more plant-based foods in general — leafy greens and other vegetables, fruit, beans, nuts and seeds, whole grains — along with healthy fats, seafood, and lean animal protein. In other words, eat many of the same foods you’ll see on almost any “healthy” diet program. To support your gut health, Ramsey also recommends fermented foods like pickles and sauerkraut.

“The simple message is that a healthy diet is important for brain and mental health, just as it is for physical health,” says Jacka. “Unlike many other factors in our lives that may predispose us to depression, we have a choice over what we eat. All the evidence we have now tells us that a healthy diet can both prevent and treat depression and may be important for other aspects of brain health, such as dementia. This is true for people across the lifespan — even very young children.”

And if you do decide to adjust your diet, you don’t have to make sweeping, extreme changes. Adding more leafy greens and seafood could make a good start. “I’ve found that eating better, even when it’s not 100% of the time, it does make a difference,” says McCarthy. “There’s a happiness factor.”