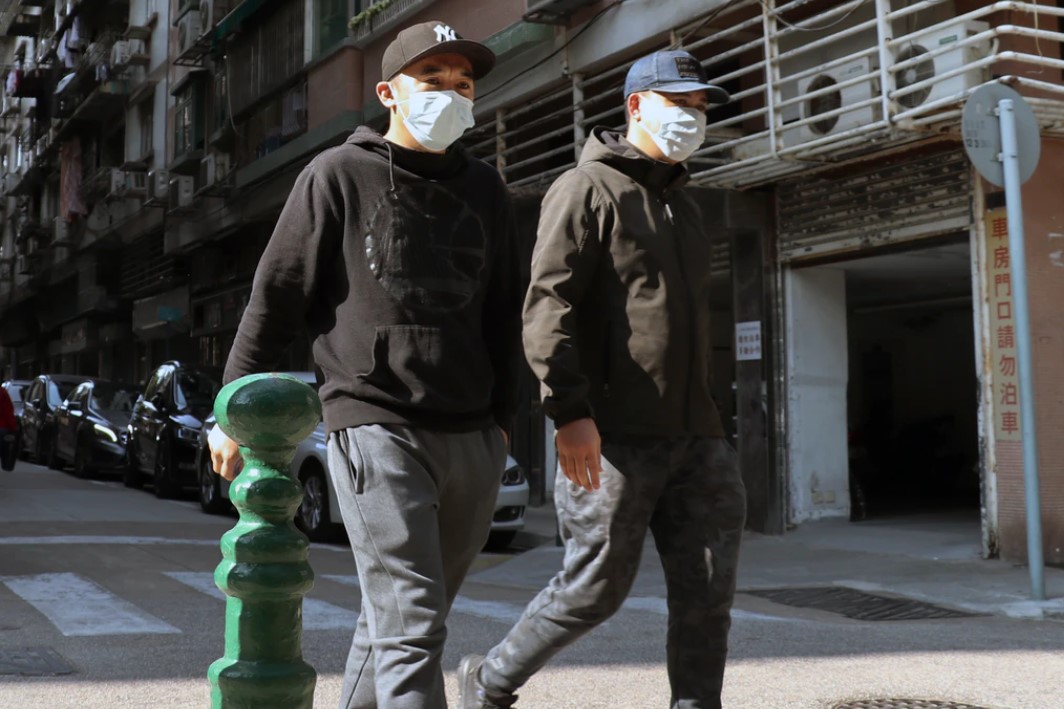 Can the U.S. Public Health System Handle Millions With COVID-19?

Those numbers are based on scenarios that have been imagined by the federal government for flu pandemics. They are highlighted in a new report from the Johns Hopkins Center for Health Security. The U.S. has about 46,500 medical ICU beds. Another 46,000 ICU beds from hospital specialty units, like the kind that take care of patients after surgery or heart attacks, could be converted in a crisis.

Assuming all those beds are empty and waiting for patients — and they aren’t — that’s less than half of what could be needed, even if the disease turns out to have just “moderate” impacts, says Eric Toner, MD, a senior scholar with the Center for Health Security and one of the authors of the report.

“We’re talking, potentially, a very large number of people,” he says. “It would put a huge stress on hospitals. If it’s anything like what China experienced, our hospitals would be inundated with a whole lot of pretty sick people.”

In the U.S., we’re still a long way from those dire predictions. Even so, health departments are already improvising. In Seattle’s King County, where eight people have died, health officials say they were buying a motel to isolate COVID-19 patients so they can get care without infecting other patients in a hospital.

If hundreds of thousands of patients needed mechanical help to breathe — a worst-case scenario imagined for severe flu pandemics — the U.S. may not have enough of essential machines called ventilators, says Tom Frieden, MD, a former CDC director who is now president and CEO of Resolve to Save Lives.

“We don’t know if anything like this worst-case scenario will occur, but we do know that there are a lot of things that would be needed in a bad pandemic, and that one of them would be ventilator suport for as many patients as possible,” he says.

Frieden says that during his tenure at the CDC, they drastically increased the number of ventilators stored as part of emergency supplies maintained by the federal government called the Strategic National Stockpile, “because we recognized this as a vulnerability.”

He couldn’t say the exact number stored there, because it is classified, but says it is “many times greater than 10,000.”Even with that increase, and with repurposing ventilators that are used during surgeries or for transporting patients, Frieden says it still might not be enough.

“Not fully. Not in the worst-case scenario. Hundreds of thousands of people needing ventilator support at the same time,” he says.

Who Would Need Help the Most?

COVID-19, the disease caused by the new coronavirus, is mild for 80%-85% of the people who get it. Most younger adults, and people who don’t have chronic diseases, can weather the symptoms at home. “They would do just fine because they would have essentially what amounts to the flu,” Toner says.But, 15%-20% of cases in other countries have been serious and required oxygen. Those people would be admitted to the hospital in the U.S., Toner says. About 5% of cases have been critical, requiring care on machines like ventilators or ECMO — which stands for extracorporeal membrane oxygenation — that take over the work of the heart and lungs while the body recovers.

Frieden says aggressive efforts to contain and ease an epidemic can help keep it from reaching the peaks that would result in those catastrophic numbers of illnesses. Finding a drug that could make the illness less severe would lessen the demand for ventilators, for example. And public health departments across the country are diligently working to decrease the spread of the virus by identifying cases and tracking all the people they’ve come in contact with in order to break the chains of transmission. Fewer people infected would lower the demand for essential supplies like ventilators, too.

But those health departments are stretched.

According to the National Association of County and City Health Officials (NACCHO), local health departments have lost 25% of their workers since 2008.

“Since the recession, we’ve really lost a significant portion of our public health workforce. It’s very challenging during these times of crisis,” says NACCHO President-Elect Jennifer Kertanis. “We do need resources to do this work.”

China mobilized vast resources to handle the 70,000-plus cases there, according to Bruce Aylward, MD, an assistant director-general at the World Health Organization, who led a recent mission to China to survey the country’s response.

Forty thousand health care workers from other parts of China surged into Hubei province to help care for patients in Wuhan, a city of 15 million, which saw cases explode in a number of weeks after person-to-person spread of COVID-19. Hospitals in China were well-supplied with 50 to 60 ventilators and five ECMO machines each. They had thousands of people tracing the contacts of infected cases to tamp down chains of transmission. They shared data electronically, in real time. They built new hospitals in barely a week. They turned stadiums into field clinics in 72 hours. They set up fever clinics where people could get their temperatures taken and get a rapid CT scan of their lungs to check for the telltale signs of COVID-19 pneumonia. The testing effort was also massive. In a single province, Guangdong, they tested more than 320,000 samples for the virus, Aylward says.

“Just a scale we’re not used to thinking of,” he said during a news briefing on his trip.

“When we look at how dangerous this disease is, I think we have to be careful looking at the China data, because China knows how to keep people alive from COVID, they’re super committed to it, and they’re making a massive investment in it as well. That’s not going to be the case everywhere in the world,” Aylward says.

The result, he says, based on a rough “back of the envelope” calculation, was that China prevented hundreds of thousands of people from being infected with the virus and gave the rest of the world time to get ready for its spread.

Could the U.S. Do the Same?

“Nobody is prepared to deal with a pandemic infection, whether it’s flu or coronavirus,” says William Schaffner, MD, an infectious disease specialist at Vanderbilt University Medical Center in Nashville.“There are no empty beds in our hospital at almost any time. They are full. And that’s what we as a society have decided to do. So when you get slammed with a huge number of new patients, you are going to struggle,” he says.

Schaffner says that during the swine flu pandemic in 2009, Vanderbilt stopped elective admissions, mostly for elective surgeries, and turned those parts of the hospital into wards to care for patients with respiratory illnesses.

He says even with enough critical machines, like ventilators, staff have to be trained to use them. In 2009, they quickly retrained surgical nurses.

“They were wonderful pre-op and post-op nurses. But they hadn’t had anyone with pneumonia on that ward in 10 years. You need skilled care,” he says.

That staffing won’t be easy to find quickly, especially if hospitals aren’t ready when the first infectious patients arrive.

The Johns Hopkins report recommends maintaining and stretching the workforce that hospitals do have by doing several key things:

Coordinating plans with other hospitals in the region to recruit and use volunteers.

“We can’t make a whole bunch more ventilators. We can’t do what China did and put up a ‘hospital’ in 7 days. But hospitals can and should be getting ready now for what would probably be like a flu pandemic,” Toner says.

The good news is that many hospitals have plans for pandemics.

“I think that there’s a lot of work that’s gone on in that area since 2014, when that question first came up with Ebola,” says Marybeth Sexton, MD, an infectious disease specialist at Emory University School of Medicine, who spoke at the Emory Global Health Institute forum on COVID-19 in Atlanta last week. “And I think that U.S. institutions and hospitals have significantly put time into preparedness since then. It doesn’t mean that everything would go perfectly; there are going to be hiccups.”

One pivotal moment came in 2014, when Texas Presbyterian Hospital in Dallas failed to diagnose a patient who was infected with the Ebola virus.

“They had somebody who came into their emergency room, they didn’t recognize the travel history and the symptoms, and so it delayed the diagnosis,” Sexton says. The patient ultimately died, which might have happened, anyway, she notes, but it’s possible that an earlier diagnosis would have helped. Two staff members at that hospital were infected. The hospital’s bottom line took a 25% hit in the next year, she says, and it contributed to panic in the United States over the infection. Perhaps the scariest things for hospitals, she says, was that “It could have happened anywhere.”

As a result, she says, many hospitals beefed up their protocols for identifying patients with new infections. They also wrote new plans to better protect the health care workers that might come into contact with them.

But knowing and doing are two different things. It’s not clear whether hospitals have learned hard lessons about when those precautions need to be put into place.

On Feb. 11, 8 days before a hospital in California received its first COVID-19 patient, nurses at UC Davis Medical Center asked hospital management to use infection controls developed during the Ebola epidemic. According to National Nurses United (NNU), the largest nursing union in the U.S., the hospital did not put those controls into place.

As a result, the NNU says, 36 nurses are under self-quarantine at home, along with other 88 health care workers.

“These 124 nurses and health care workers, who are needed now more than ever, have instead been sidelined,” the union wrote in a statement on its website. “Lack of preparedness will create an unsustainable national health care staffing crisis.”

A spokesperson for UC Davis Medical Center disputed those numbers.

“We do not share information related to personnel matters, but that number is not accurate. We are not providing a number of employees who are out,” says Tricia Tomiyoshi, a senior public information officer for UC Davis.

She pointed to a statement on the hospital’s website that says, “… because of the precautions we have had in place since this patient’s arrival, we believe there has been minimal potential for exposure here …”

The NNU says it’s not only UC Davis that’s unprepared. According to a survey of 1,000 member nurses in California, only 27% said there’s a plan in place to isolate a patient with a possible COVID-19 infection at their facility; and 47% said they don’t know if there’s a plan.

The American Hospital Association says it is working hard to keep members informed and prepared on best practices, guidance, and resources.

“Since the COVID-19 outbreak began, the AHA has worked closely with the CDC and HHS [U.S. Department of Health and Human Services] to ensure the hospital field is informed and prepared to respond, using lessons learned from previous outbreaks of infectious diseases,” the association said in a statement. “Hospitals and health systems are focused on identifying, isolating and reporting patients known or suspected of having the virus. They are following CDC recommendations on how to best use and preserve existing supplies of personal protective equipment due to concerns about future shortages. We remain vigilant as we continue to closely track the progress of the virus.”

The problem, Toner says, is time.

“It takes weeks for a hospital to get ready, at least. We may not have weeks before we start seeing significant spread in the United States. It really behooves hospitals and other health care facilities to really get going now.”