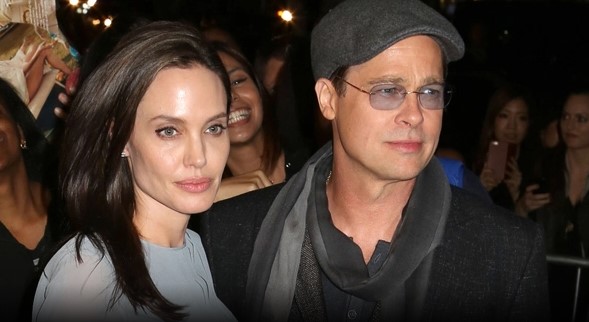 Angelina Jolie legally took Brad Pitt‘s last name when they wed in 2014, but she’s now dropped it as their prolonged divorce proceedings are inching closer to a conclusion. It’s something that the 55-year-old film star actually finds reassuring as it’s one less thing that binds them together. “Brad is relieved to have his name back and feels it is another step in the healing process for him, Angie and the entire family,” a source close to the Once Upon A Time In Hollywood star tells HollywoodLife.com EXCLUSIVELY.

“The long divorce has made Brad reconsider if he will ever get married again, and right now, he doubts it,” our insider continues. “He will think twice before ever again sharing his surname with another woman. He was heartbroken when his marriage ended and it makes him sad to know that she is removing his name from hers, but he feels it is the right thing to do and the kids totally understand.” Angie, 43, isn’t the first woman to ditch Brad’s last name. First wife Jennifer Aniston, 50, also took his surname when they wed in 2000, but dropped it when they divorced in 2005 after the actor fell for his Mr. and Mrs. Smith co-star Angelina.

At least things are finally getting a little less contentious in the former couple’s bitter divorce war, which has been going on since Sept. of 2016. The former couple has been granted a bifurcation, which makes them each legally single while they sort out their division of assets and the final custody agreement for their six kids. “Brad and Angie have been communicating better lately. Their conversations focus around plans with the children and little more. They don’t talk about work, relationships or anything personal, just family issues and kid related stuff. They are dedicated to co-parenting and have finally gotten to a place where they can have conversations without arguing,” our source adds.