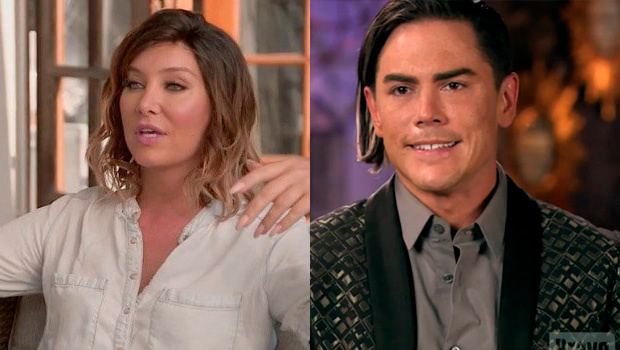 The rumors are true, according to our insider. Billie Lee, 35, is saying goodbye to her role as a part-time cast member on Vanderpump Rules, because she “never signed a contract,” a source close to Billie and co-star Tom Sandoval, 36, EXCLUSIVELY tells HollywoodLife. Her departure can’t be pinpointed to one reason, though. “Billie Lee was struggling handling the drama that comes with being a cast member on Vanderpump Rules. It was truly messing with her mental well being,” the insider tells us. “She also was having trouble vibing with the other cast members except Sandoval, James [Kennedy] and Scheana [Shay], so she wanted to go.”

Billie even had a disagreement with production, according to our insider. “Production asked Billie to partake in a storyline that she is adamant isn’t true — that she and Sandoval hooked up, which will be spoken about and [is] a big story line on this season of Vanderpump Rules,” our source reveals. Apparently, “things got so bad that she refused to wear a mic at Sandoval’s recent birthday celebration” on July 9, our source adds! But Billie decided to stop filming long before Tom rang in his 36th birthday.

“She let producers know about three or four months ago that she didn’t want to come back as a cast member at all,” our source says, but Billie’s not cutting ties with everyone from SUR Restaurant: “Since she is still friends with a few of them, you will most likely see her here and there.” Now that Billie’s “content” with not signing a contract with Bravo, shealready has her sights set on new ventures as our source adds, “She has a lot of other projects she is working on like a potential book and her LGBTQ activism, so she wants to focus on that.”