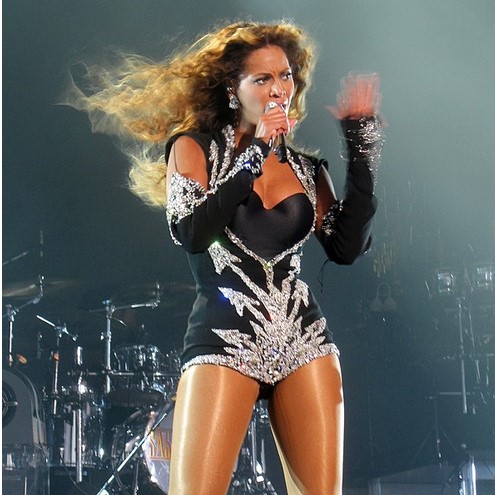 Lizzo is feeling “good as hell” after performing at the Made in America festival on Sunday night. Making the 31-year-old singer’s set even more iconic than what it already was? Beyoncé and Jay-Z were seen watching Lizzo from the side stage. And from the looks of The Lion King star’s face, she appeared to be in awe of the “Juice” singer. Taking to Instagram, Lizzo shared a behind-the-scenes photo of the moment Queen Bey was amazed and wowed by her performance as she commanded the stage. “Swipe to lose your f–king mind,” she wrote, alongside two images, with one featuring a close-up of the Homecoming star’s face.

On Twitter, the “Truth Hurts” star also shared the same image, writing, “A story in two parts.” Naturally, fans of the superstars couldn’t contain their excitement. “talent watching talent,” one fan commented. Another responded, “legends supporting legends.” Of course, many took the opportunity to share the infamous gif of Tiffany Pollard yelling “Beyoncé??!” during the first season of Flavor of Love. Lizzo’s Made in America show comes a week after she shut down the 2019 MTV VMAs with her epic performance. She took the star-studded stage and performed some of her biggest hits including “Good as Hell.”

What’s more? She was certainly feeling “good as hell,” because she took a shot of tequila before giving a heartwarming message.

And the 31-year-old star definitely practices what she preaches when it comes to self-confidence. In an interview with Glamour, she opened up about the double standards women face when it comes to their bodies and how she doesn’t listen to the noise.

“If you saw Anne Hathaway in a bikini on a billboard, you wouldn’t call her brave,” she explained. “I just think there’s a double standard when it comes to women.”