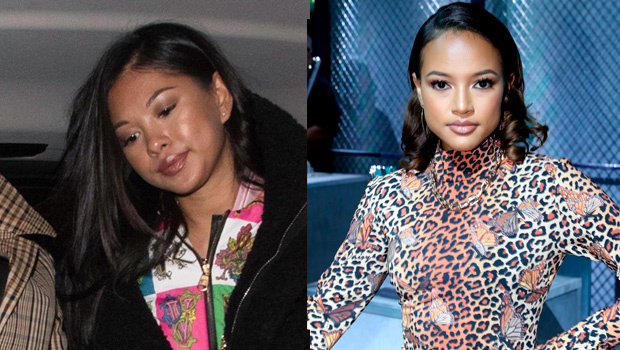 Ammika Harris, 26, isn’t trying to copy Chris Brown‘s ex Karreuche Tran, 31, and she wants everyone to know it! The rumored love of the 30-year-old singer took to Instagram on Nov. 16 to respond to a follower who asked her why she puts on her liptick like Karreuche, who dated Chris from 2011 until 2015, but the beauty wasn’t having it and insisted that she was just simply following her own lip shape. In the pic the follower commented on, Ammika can be seen  from the shoulders up while showing off a full pout as she stares into the camera with a serious face.

“Why do you always go over your lip line? You look just like Chris Browns ex the one that plays on that nail show,” the follower wrote. Ammika’s response was also in the comments section of the photo. “I actually don’t,” she answered with a distressed winking emoji. “my lips shape like that tho.” 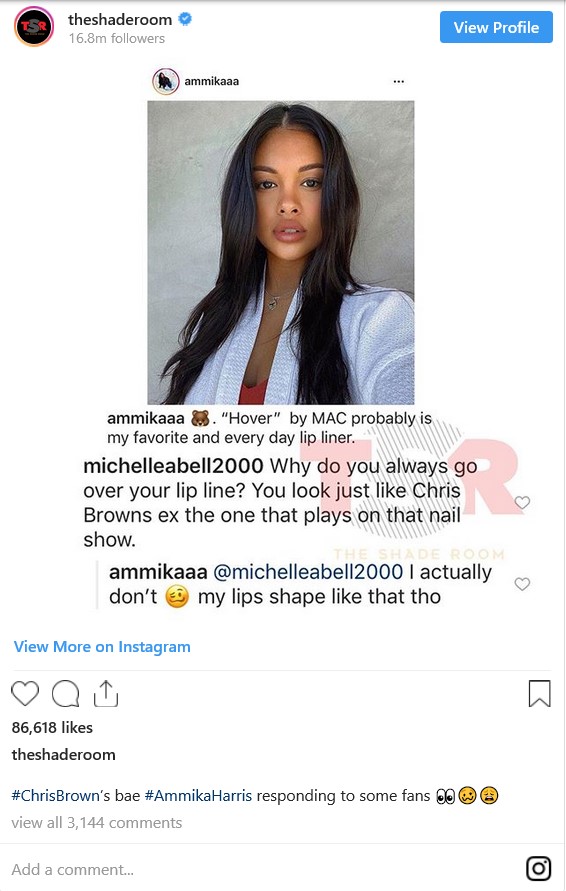 Although Ammika didn’t go into further detail about her look, the gorgeous gal, who is rumored to be pregnant with Chris’ second child, got attention for her lips on Oct. 14 when she posted two selfies that showed them off. Fans didn’t compare her to Karreuche that time but they were quick to leave compliments in her comments for the photos. “teach me how to look like THAT” one wrote while another called her “such a beauty”.

When Ammika is not posting eye-catching posts on Instagram, she’s hanging out with Chris, who she’s seemed to have an on-again, off-again relationship with in the past. They are reportedly getting ready to welcome a baby boy in the future, but neither has confirmed nor denied the pregnancy rumors.