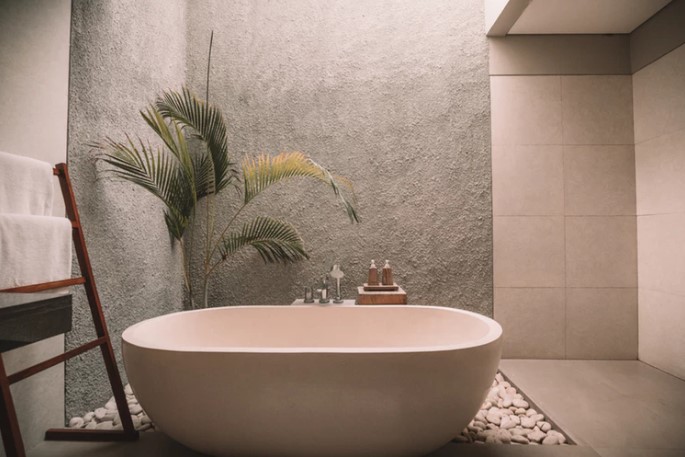 6 Things in Your Bathrooms That Are Freaking Out Potential Buyers

Bathrooms are, by design, private spaces. After all, there’s a door and a lock for a good reason. But when your house hits the market, dozens of strangers will suddenly be tramping through your bathrooms—and everything that once felt so private will now become painfully public. And those strangers will be passing judgment on what they see.

True, the nose hair trimmer you accidentally left on the counter or pile of sweaty running socks forgotten behind the door might not be a deal breaker to a potential home buyer. But they certainly won’t be forgotten.

Why chance it in the first place? We talked with the experts to lift the lid on the weirdest things buyers found in the bathroom during a home showing—some of which actually killed the sale.

When Elizabeth Williamsberg, a real estate and brand photographer in Boulder, CO, went into a quiet, suburban home to take photos, she didn’t register anything out of the ordinary.

Until she entered the half-bath.

“On the wall above the toilet was a 10-by-13 framed photo of a naked child peeing in an in-ground pool that we immediately recognized as the pool in their backyard,” Williamsberg recalls. “I ran out of the bathroom, and the real estate agent followed right behind me.”

They called the homeowners to come over and immediately remove the photograph. Even weirder was the reason the photo was there.

“It turns out that it was the couple’s now-adult son,” Williamsberg says. “The parents had placed it there when he was a teen to embarrass him when his friends came over. He’d long since moved out, and they had simply forgotten to remove it.”

Heads up: Your bathroom shouldn’t be an experimental art gallery. Remember: You want guests to imagine themselves living in your home, not picturing what went on before you got there.

Justin M. Riordan, founder of Portland, OR–based Spade and Archer Design Agency, isn’t a fan of word art—and that opinion was only reinforced when he recently walked into a bathroom of a client’s home. Over the toilet was a poorly placed sign that read “DREAM BIG.”

“They hung it in a bathroom and then proceeded to leave the toilet lid up. The story it tells the viewer is not too far off from a very effective Metamucil ad,” Riordan says.

Heads up: If you love word signage, no one’s stopping you from putting it up throughout your house. But steer clear of the bathroom, where pretty much anything can turn into a poop joke.

When Susanna Haynie, broker-owner of Co-Re Group in Colorado Springs, CO, took young, first-time home buyers to see a historic home, she expected some old-timey quirkiness. What she wasn’t prepared for was the small fridge placed within reaching distance of the toilet.

“The combination of the two, next to each other, got my buyers rolling,” Haynie says.

“But when my clients moved in, the fridge was removed,” Haynie says.

Heads up: Food storage only in the kitchen, please. And if there’s anything else in your bathroom that belongs in your kitchen, be it a microwave or your collection of spatulas, please put them back.

After listing a hoarder’s house, Candy Miles-Crocker, an associate broker for Long and Foster Real Estate in Washington, DC, poked her head into the crowded bathroom—and saw an enormous mound of cigarette butts in the sink.

“Why the owner did this, I never asked,” Miles-Crocker says.

Even worse, the seller wouldn’t allow her to clean them up—or move anything—to prep the home for a showing. Instead, he created a path through the home’s crowded contents from the front door to the kitchen and bathroom.

“Agents and prospective buyers could not see the bedrooms unless they climbed over the hoard,” Miles-Crocker recalls. “It was crazy.”

Heads up: If your house is in serious disarray, consider “extreme cleaning” professionals to help get your home show-ready.

One of the weirdest bathroom encounters Lauren Cangiano, a licensed associate broker for Halstead Manhattan in New York, ever had was with a trendy, high-end Toto programmable toilet.

Heads up: If a fancy toilet floats your boat, hey, more power to ya. But if you’ve got a bunch of bells and whistles, try to figure out how to deactivate them before you show your home.

Marie Bromberg, a licensed real estate salesperson for Corcoran in New York, had a harrowing bathroom moment at her very first listing.

“It was a lovely studio apartment that was so beautiful and well-priced that it was swarmed,” Bromberg recalls. “We had easily 20 people in less than 500 square feet at any given time.”

At one point, an elderly lady stepped into the bathroom and shut the door.

“She didn’t even ask! She just went in to do her business,” Bromberg says.

She was in there a long time, and once she exited, Bromberg realized there were two problems.

First: “The smell was awful, and now everyone at the open house could smell it because it’s a studio,” Bromberg says.

“And, some of it had missed the toilet.”

Before other visitors could complain, Bromberg hastily opened a window and turned on the exhaust fan. Then, she found some paper towels, closed the door, and cleaned the toilet.

Heads up: While the blame for this one can’t possibly fall on the seller, there are some things you can do to prevent poop-related problems that might arise during a showing: “Never have toilet paper at an open house, so as to discourage people from doing the deed,” Bromberg says.