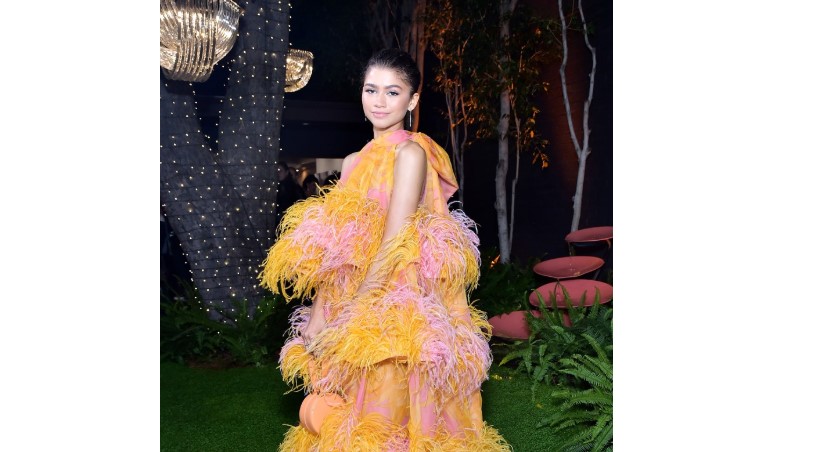 5 Things You Didn’t Know About Zendaya

A lot has happened since Zendaya’s last Vogue cover, back in 2017. The actress recently filmed Spider-Man: Far from Home, coming out on July 2 and sure to be a blockbuster. She’s also set to star in a new HBO series, Euphoria, and has several other film projects in the works. And in keeping up with all that momentum, Zendaya’s back with a brand-new Vogue cover! In honor of her second time around as a Vogue cover star, here are five things you didn’t know about Zendaya:

Zendaya keeps tight social media tabs on her fans despite her busy schedule. In a past interview with Variety, she said, “Do I look my name up on Twitter? Yes… to stalk my fans,” she said. “It’s kind of funny because they think they can get away with saying certain things because they didn’t @ me. But I find them, and I say, ‘exposed.’”

Though she could have a glam squad at the ready at the snap of her fingers, Zendaya often enjoys doing her own makeup—and sometimes even hair!—for her red-carpet appearances. And she’s actually really good at it. Maybe it should be her side hustle?

Per a questionnaire she did for Us Weekly back in 2014, Zendaya’s first acting role actually began in the theater world. She got her thespian start as one of the witches in William Shakespeare’s tragedy Macbeth.

Zendaya uses her platform for various activism work. She’s been particularly vocal about a need for more representation in Hollywood. At Vogue’s Forces of Fashion conference last year, she said. “Obviously, representation and inclusivity are always something that I want to see. There’s always work to be done. Sometimes there’s not space given to you—you have to create it. There can’t only be one of us, and sometimes you have to open the door and jam it open, so that others can come in, too. If there’s not a seat there, go create your own table!”

In her Vogue cover story in 2017, Zendaya’s mother, Claire Stoermer, revealed that the star used to be really, really shy. So shy that her parents had to attend seminars for the parents of timid children, and Zendaya even had to do kindergarten twice because of it. “She would sit in the circle with the other kids and be totally silent,” Stoermer said. Things have changed!