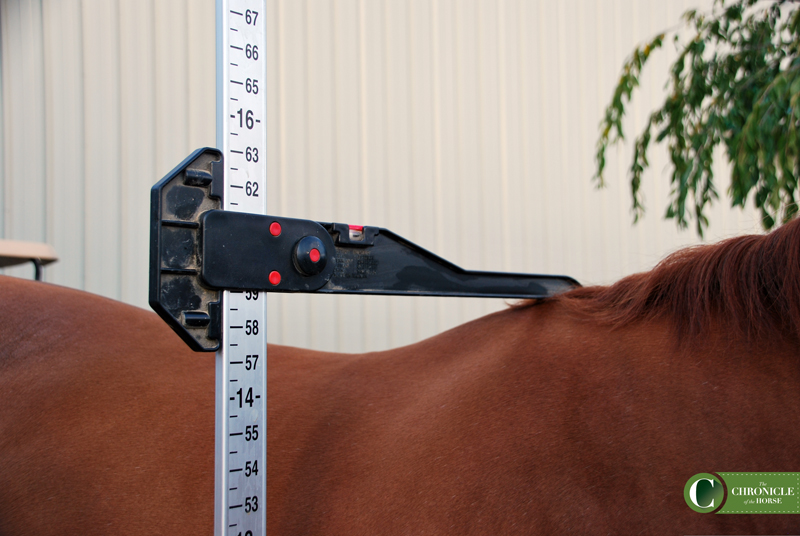 What You Need To Know: Rule Changes Up For Discussion At The USHJA Annual Meeting

Sixty-six rule change proposals will dominate conversation at the U.S. Hunter Jumper Association Annual Meeting, which takes place Dec. 8-12 in Denver. That’s five more than last year. Any rule change proposals that are approved by the USHJA board of directors at the meeting will go forward to the U.S. Equestrian Federation’s midyear meeting, and a vote there will ultimately determine the proposal’s future.

A series of proposals were introduced to change the age at which a pony may get a standard measurement card back to 6 from 8. They add the provision that the last two height measurements recorded be in the same height section. The same steward may not measure the pony for its last two measurements. The rule changes’ intents state that the change from 8 down to 6 several years ago posed a hardship for pony breeders and that the new rules “strive to find a balance between what is ethical for the sport and what is practical for the industry.”

A rule change proposal would base national HOTY awards on the points earned by horses or ponies at their best 15 USEF competitions in a competition year, beginning Dec. 1 through Nov. 30. The intent states that: “The current HOTY point calculation methodology disproportionately rewards the quantity of competitions entered over the quality of an individual horse’s performance. Pointedly, the HOTY award should recognize excellence, not excess. The current point calculation methodology risks imperiling the health and welfare of a horse in pursuit of an award. Amending the point calculation methodology to contemplate a maximum of 15 horse shows during the qualifying period will further enhance the reputation and prestige of the HOTY awards since this honor will more likely recognize the excellence of the honored horses instead of unduly encouraging maximal use of eligible horses.”

A rule change proposal would change the calculation of HOTY points for hunter and equitation divisions. Currently, they’re calculated using the increment system, but in the proposal they would be awarded according to the placing received based on the total number of entries (eg. If there are 10 entries, points will be awarded as follows: 1st 10, 2nd 9, 3rd 8, etc.)

A rule change proposal seeks to address equitation divisions with only three classes, making the flat classes worth half points to help eliminate ties.

A rule change proposal would have the highest height of a class, when a range is shown, determine how the class is counted toward HOTY awards.

A proposal addresses hunter green status and jumpers, seeking to eliminate confusion among exhibitors about the jumper restrictions for green hunters and making the hunter and jumper height restrictions more equal.

A proposed restructure of HU138 would slightly loosen the restrictions on reinstating a pony’s green status.

A rule change proposal would tweak the amateur rule to clarify at what types of therapeutic riding programs and summer camps amateurs may teach.

At The Horse Show

Several rule change proposals would require premier level shows to “hold and judge” 15 A-rated hunter sections. Previously they were just required to “offer” that number. Two proposals would require shows to use slightly wider jump cups than the standard FEI cups in hunter and equitation rings.There’s a proposal to require equitation finals/championships to number the fences.

A proposal for hunter and pony hunter breeding divisions would ensure the judge is positioned on the offside of the animal during the movement evaluation of the class, ensuring that the handler doesn’t obscure the judge’s view.

There’s a proposal to change the ladies side-saddle classes to be shown over fences at either 2’6” or 3’ rather than just at 3′.

A rule change proposal seeks to clarify what sections can be combined for hunter classics.

A rule change proposal addresses refusals in jumper classes, clarifying that if a horse comes to a complete stop in front of a jump, even if he then jumps the jump, a refusal is incurred.

A rule change proposal clarifies that hunter/jumping seat equitation classes must be held at a competition that holds, at a minimum, a local hunter rating.

A rule change proposal seeks to clarify the chart regarding the minimum and maximum number of classes that are allowed to be held within hunter sections at different types of competitions.

A rule change proposal would require all horses to be identifiable by their competition numbers at all times while on the competition grounds.

A rule change proposal intends to allow an expanded menu of USHJA special programs to be included in the standalone hunter derby competition type, including each of the derbies and the USHJA green hunter incentive.

A rule change proposal would simplify the steward and technical delegate consecutive officiating restrictions by only restricting the licensee as the determining factor if a steward or TD can officiate at consecutive competitions.

In pony hunter breeding section of the “Rule Book” there’s a proposal to tweak the wording of a rule to clarify that ponies “shall” be subject to measurement by the steward to confirm that a height doesn’t exceed 14.2 hands rather than “may.” The proposal also adds “athleticism” to the list of attributes on which a pony will be judged.

A rule change proposal makes it easier for small horse shows to host 5-, 6-, and 7-year-old jumper classes by removing a requirement for an extra steward if the previous year’s competition entry number was less than 200 horses.

There’s a proposal to allow horses to show with unshaven muzzles without being penalized in the hunter ring. The intent points out that whiskers provide sensory feedback on a horse’s environment much like our eyes and touch sense do for humans.

Another proposal would allow boots in hunter classes.

A rule change proposal seeks to clarify that the jumper martingale rules only apply while the horse is in the competition ring.

A rule change proposal would require privacy screens at national and premier rated shows for use if there is a “shield the public from any potential gruesome or catastrophic scene, allowing veterinary practitioners and medical personnel the privacy to tend to an injured horse or rider.”

Right now the charts with the metric to English equivalents differ in the hunter and equitation sections of the “Rule Book.” There’s a series of proposals to make them the same.

A rule change proposal seeks remove language barring the advertising of competitions that may have mileage conflicts before they are approved because that is allowed in another section of the “Rule Book.” Ads for competitions that have not been approved must clearly state as much.

A rule change proposal seeks to give recognized breed/discipline affiliates the opportunity to provide a recommendation as to the approval or disapproval of new mileage exemption requests where priority date holders recommend approval.

A rule change proposal would make retaliation against someone making an allegation of a rule violation, for supporting a reporting party or witness or for providing information relevant to a potential violation a violation of its own.

GR10, the chapter dealing with licensed officials, has a proposed re-write which attempts to provide clarity and synchronize the chapter. Significant changes include requiring U.S. Fédération Equestre Internationale officials to maintain their U.S. FEI license, adds certified schooling supervisor responsibilities to the chapter and outlines that apprentices cannot apprentice with a family member, cohabitant, companion, domestic partner, housemate, member of the household, client, employer or employee in order to prevent real or perceived conflicts of interest.

A rule change proposal would allow the federation to sign into an agreement with another entity that would change licensed official requirements and/or processes. For example, Equestrian Canada and the USEF have an agreement in place that affects when Canadian individuals are required to apply for guest cards.

A rule change proposal would get rid of charging a fee for a duplicate annual horse recording card or life certificate as these will be available online.

A rule change proposal would update the rules for transfers of ownership to reflect the current practice and add electronic certificates.

A rule change proposal would require assistant managers and assistant secretaries to be USEF members in order to comply with SafeSport requirements.